Yves here. By way of background, the US trade deficit with China reached a new high last year. From CNN in January:

Exports to the United States surged 15% in 2017, helping push the country’s huge trade surplus with the U.S. to a new record, according to Chinese government data released Friday.

The U.S. government hasn’t announced its own trade figures for the whole of 2017, but experts say they are also likely to show a massive deficit with China.

Say what you like about Donald Trump’s rhetoric on trade. The MSM is in a constant meltdown over it. But the fact is he is engineering the fastest reboot of the US/China imbalance that anyone can remember without having to fire much more than a beebee gun. China response has been to let the yuan roar higher:

Of course, China may also be happy to see the yuan rise to push forward its rebalancing. Especially since the last time it tried in 2015, the yuan crashed and threatened to take down the global economy. This time, the higher yuan is giving consumers greater purchasing power as it works against industrial over-capacity while capital outflow has been contained.

It will add to pressure on US yields but that may be offset by other benefiting surplus nations, like Japan:

But it will also exacerbate the Chinese macro-level slowdown this year if it does not stimulate more domestically. We are already seeing such in the PMI with new export orders leading the growth fade despite “global synchronised growth”: 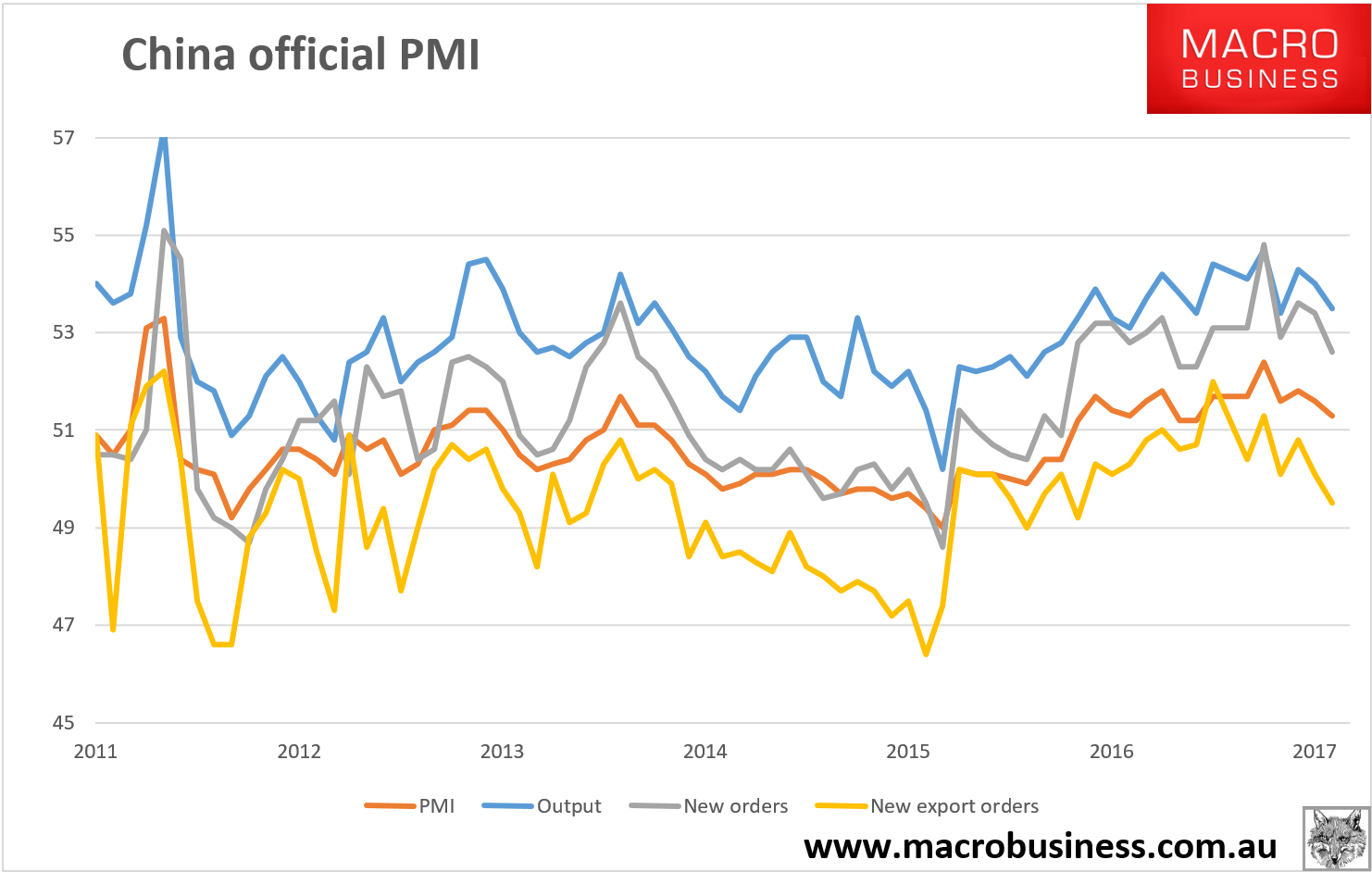 In commodities it is not all bad news. It means less Chinese production versus imports, though for bulks that is likely to be carrion comfort given China is also steadily slowing credit and building will most assuredly follow: 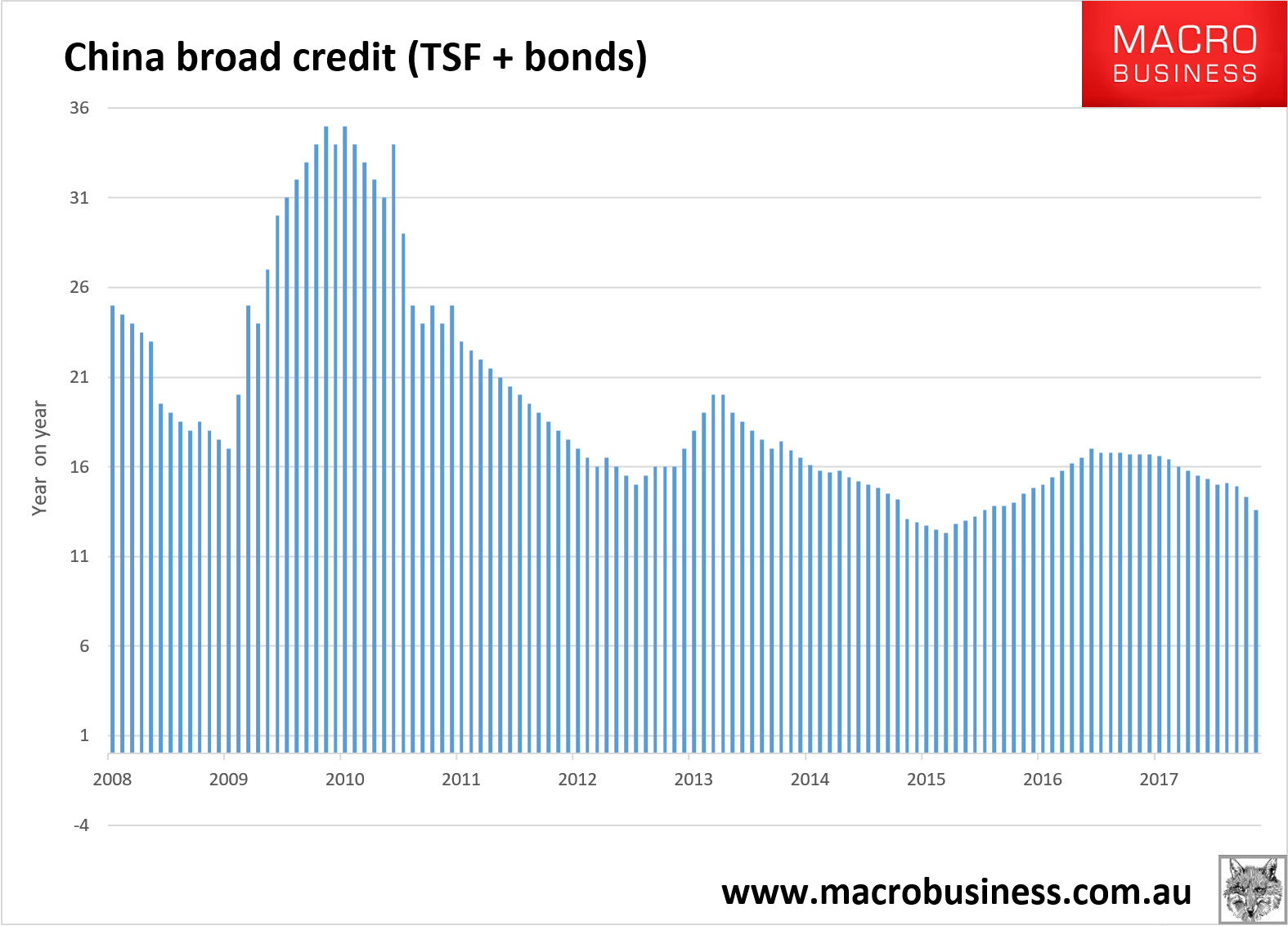 It suggests a few things for the year ahead:

Maybe fighting back against a currency-pegging, excess saving mercantilist is not so bad for your country.