Readers, this is a bit light, but I need to run along and do some stuff. So I will natter on tomorrow at excessive length, to make up for my dereliction today. –lambert

“TRUMP NAMES DIGITAL GURU BRAD PARSCALE CAMPAIGN MANAGER FOR 2020 RUN” [Wired]. “A political novice prior to the 2016 race, Parscale oversaw the campaign’s digital operations from the San Antonio offices of his web design and strategy firm Giles-Parscale. What began as a one-man operation in 2015 grew into one of the most successful—and controversial—digital campaigns in presidential history, with Parscale’s team working alongside embedded staffers from Facebook, Twitter, and Google to fine-tune the campaign’s advertising online.” Surely both campaigns had “embedded staffers” from Silicon Valley?

As I keep saying, stopping the menace of #MedicareForAll is a key goal for liberal Democrats.

“Democrats grapple with Clinton-Sanders fallout ahead of 2018 election” [WTOP]. “The spat’s spillover was evident at the organization’s Rules and Bylaws Committee meeting in Washington, D.C., on Friday as Democratic National Committee members discussed limiting the power of superdelegates and adding transparency to the budget process — controversies in the party that came to light in the 2016 election…. But a proposal in the rules committee meeting would not allow superdelegates to vote in the first round of ballots at the convention, but would allow them to vote on a second ballot, which happens when there’s no consensus candidate. That proposal will be discussed further at next week’s DNC meeting. ‘There’s a clear consensus that the status quo will change,” Roosevelt said of the superdelegates. “Whether that impacts all automatic delegates or only the automatic delegates who are not members of Congress or governors remains to be seen.’ He noted it’s a ‘continuous; issue “because this is asking a group to limit its own power. That’s always a challenging question.'”

“War Room” [New York Magazine]. Parkland student organizing. Oddly, or not, the Democrats are all over this, while virtually silent on the West Virginia teachers strike.

“The Collapse of Racial Liberalism” [The American Interest (DK)]. “By racial liberalism, I mean the basic consensus that existed across the mainstream of both political parties since the 1970s, to the effect that, first, bigotry of any overt sort would not be tolerated, but second, that what was intolerable was only overt bigotry—in other words, white people’s definition of racism. Institutional or “structural” racism—that is, race-based exclusions that result from deep social habits such as where people live, who they know socially, what private organizations they belong to, and so on—were not to be addressed.2 The core ethic of the racial liberal consensus was colorblind individualism.”

Readers will recognize this image as a riff on the “Distracted Boyfriend” meme. I like it because it’s not binary. Thinking in threes — like, say, thesis, antithesis, synthesis — is a handy mental tool to have.

Purchasing Managers Services Index, February 2018: “PMI services had shown softness compared to other small-sample surveys but strength is now accelerating” [Econoday]. “Hiring is solid and business optimism is also strong, at a 13-year high. Unsustainable strength is the signal from many private surveys, still in contrast to actual data from the government where strength is much less severe.” And: “Both services surveys are in expansion – but their intensity of growth were different” [Econoday].

Institute For Supply Management Non-Manufacturing Index, February 2018: “The ISM non-manufacturing index, at 59.5 in February, easily beats Econoday’s consensus and follows this morning’s services PMI to hint at accelerating and perhaps unsustainably strong conditions for the bulk of the nation’s economy” [Econoday].

The Bezzle: “Backdoor drivers: Hackers threatening connected cars” [Bangok Post] (of all places). “Manufacturers are beginning to develop vehicles that require automated security with real-time threat intelligence and strategic segmentation to protect the car’s complex architecture.” Everything is fine.

Tech: “Here Are 911 Transcripts of Some of the Times Apple Employees Walked Directly Into Glass Wall” [Gizmodo (KW)]. “It is now known that a perfection of planned layout is achieved only by institutions on the point of collapse.” C. Northcote Parkison, Parkinson’s Law. “California nurses union leader RoseAnn DeMoro retiring, but remains ‘on call'” [San Francisco Chronicle]. “[T]he nurses union [helped] deflate former GOP Gov. Arnold Schwarzenegger. When few others would take him on early in his first term, the nurses dogged him with 107 demonstrations within a year, helping to shrink his once sky-high approval rating. In much the same way, they torpedoed the 2010 gubernatorial campaign of his potential Republican successor, billionaire Meg Whitman, by following her around California with a living prop — a pearl-draped actress dressed as ‘Queen Meg’ riding in a horse-drawn chariot.”

“A Canadian Marijuana Company Is Now Trading On The NASDAQ” [Forbes]. “There are some key potential regulatory tailwinds that could rapidly enhance the growth prospects for Cronos and other marijuana companies. Canada is expected to legalize the use of recreational marijuana this year. Medicinal and recreational use of marijuana is becoming more accepted in the United States, with eight states allowing recreational use and more states expected to vote for legalization this year. There are some significant headwinds, however, that could impede progress. Marijuana is still prohibited in the United States on a federal level, both for medicinal and recreational purposes.”

“The dangers of pluralism in economics: the case of MMT” [Mainly Macro]. “I like ____, but their supporters on the Twitter….”

“Frontier Communication workers on strike” [WDTV]. West Virginia. Would be nice to see some synergy here…

“How ‘the Kingfish’ Turned Corporations into People” [New York Review of Books]. Huey Long, in a battle with the press.

“Roll Models” (PDF) [Tadashi Tokieda]. “These notes attempt a case study of applied mathematics for beginning students via problems of rolling. They do so by pointing out diverse surprising phenomena, many of which the reader can try at home, modeling them, and testing the limits of these models. One message is that rolling, because it tightly coordinates different modes of motion, tends to be more exactly solvable than meets the eye. Another message is that the thrill of applied mathematics is not in how difficult the mathematics is, but rather in what diversity of surprises in one’s own experience one can discover, then understand.” Fun!

Word of the Day:

today I learned the word &quot;saeculum,&quot; which is the length of time between an important event happening &amp; the moment that everybody who was alive when it happened is dead.

Apparently Etruscans believed each civilization was alotted a certain number of saecula from its founding. 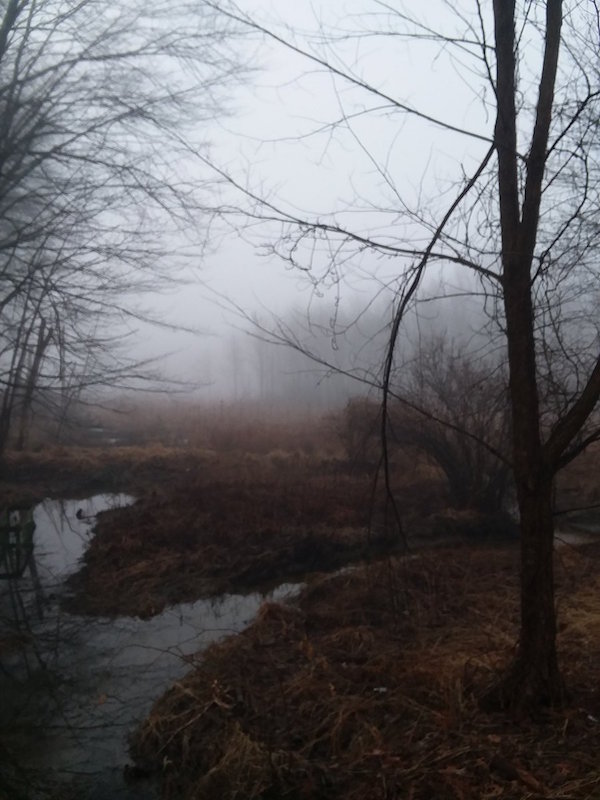 I love the smell of damp earth in the very early spring, during snow-melt.

Readers, thanks for all the photos! I think I’m all set for now (though do feel free to send more, especially if you’ve never sent in a plant photo before).