Ethics debate as pig brains kept alive without a body BBC. OMG how horrific. “No evidence the animals were aware”? Yeah, they weren’t looking for any. Recent evidence suggest that brains can keep functioning up to ten minutes after death…The researchers are reported to have raised ethical concerns, but why did they even go this far before opening up the debate?

Google’s Sergey Brin flags concerns over AI ‘revolution’ Financial Times (David L). All well and good, but why doesn’t he concern himself with the crapification of Google first?

The military just created an AI that learned how to program software Futurism (David L). Anyone care to nominate TSB as a test site? This can’t do any worse than IBM.

Evaluating the Association between Artificial Light-at-Night Exposure and Breast and Prostate Cancer Risk in Spain (MCC-Spain Study) National Institutes of Health. Notice the importance of sleeping in “total darkness” which you don’t even get in cities with a lot of light pollution if you don’t also have good curtains. And the blue computer light seems to worsen the effect somehow.

On summit sidelines, China, Japan and Russia mull Korean chessboard Asia Times. I don’t buy for one second that China is on the sidelines. China made Kim Jong Un show up for less than a state visit, and from China, Kim Jong Un announced he was willing to deunclearize (which has actually been a long-standing position, with the caveat that North Korea requires security guarantees, when the US reneges on those almost as a matter of course).

A Most Hopeful Korean Summit With Little Chance Of Final Success Moon of Alabama (Kevin W). Let me add another impediment. South Korea has a per capita GDP of $27,500. North Korea’s is $1,300. South Korea cannot afford the costs of economic integration and the US is not about to write a, say, $1.5 trillion check.

So this thread is interesting. A few thoughts… https://t.co/GQ351u1szs

Brexit: unravelling Richard North. A must read. Why chaos at various ports is guaranteed.

Warning signs for TSB’s IT meltdown were clear a year ago – insider Guardian (Kevin W, Richard Smith). Even more bonkers than I’d thought. I had looked at key dates, as best as I could, and guesstimated that Sabadell had budgeted 31 months for the migration to a “brand new core system,” which was clearly inadequate. It turns out the timetable was 18 months.

Mattis: Iran-Israel clash is close, but US military focus shifts out of Syria to Iraq Defend Democracy

Cops using genealogy websites to hunt Golden State killer got the WRONG MAN last year and ordered a 72-year-old nursing home resident to provide DNA Daily Mail. Recall we expressed concern about DNA usage yesterday? Another big issue is the samples are often contaminated with other DNA…and then you also have the problem of bad labwork. Contrast all this with the CSI TV/movie propagated false belief that DNA IDs are incontrovertible proof.

Trump administration plans to freeze Obama-era fuel standards The Verge. The subhead is the key part: “And challenge California’s ability set its own fuel efficiency rules.”

Pelosi: “I Don’t See Anything Inappropriate” In Rigging Primaries Caitlin Johnstone (Wat). Well, now that we have that clear…

DSA Is At A Crossroads Jeremy Gong. UserFriendly: “​Is it just me or does this look like ​COINTELPRO 2.0?”

The Left is Not a Church Benjamin Studebaker (UserFriendly)

Sprint and T-Mobile Are Said to Be Close to a Merger to Compete at the Top New York Times (Kevin W). Please no. I like my T-Mobile just as it is, plus because German privacy rules, it shares somewhat less data with the authorities than US carriers.

Employment Costs Surge Most since 2008, Fed Raises Eyebrow Wolf Richter. EM: “The only kind of inflation which can ever be too high for the central bankers’ tastes.”

On the Job Guarantee:

So as an expert on the history Joanathan Chait is talking about, let me set the record straight. (THREAD) 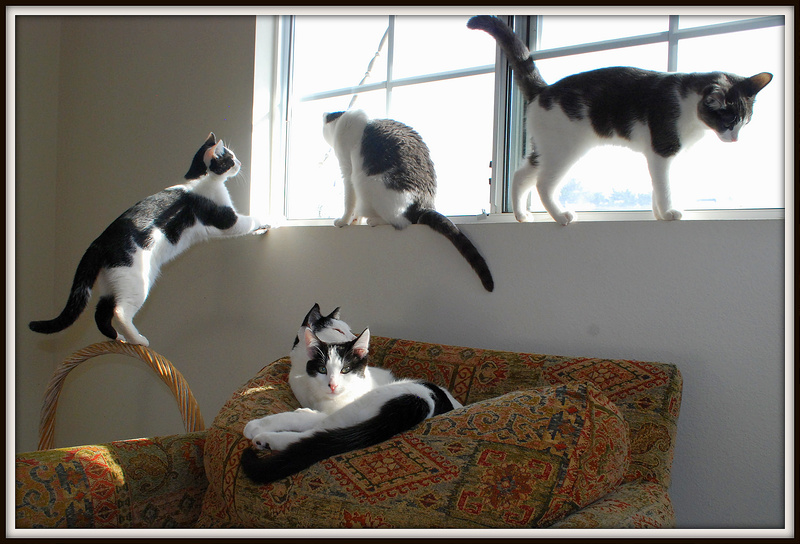