A lesson from mating birds: The song gets sweeter over time, a Miami scientist finds Miami Herald

Don’t hate me, but record-setting cold and snow are about to sweep across the U.S. Mashable (ER). No wonder my forsythia bloom in the fall now. It’s the only safe time.

The three legal paths to stop Brexit are blocked FT

Brits are in denial about their diminishing importance Handelsblatt

Survivors of the Syrian Wars LRB

Trump agrees to keep U.S. troops in Syria a ‘little longer,’ but wants out Reuters vs. Trump instructs military to begin planning for withdrawal from Syria WaPo

Pakistan seeks bailout from China and Saudis, rather than the IMF Asia Times

Johnson and May Hide as their Lies Dissolve Craig Murray (MA).

Trump Will Work With Governors to Deploy National Guard to the Border NYT. Most of the headlines read “Trump is sending,” but in fact Trump can only send a state’s National Guard forces anywhere if the governor of that state agrees.

FEMA has a ‘blunt’ new message: It won’t be there for every future disaster Federal News Radio

Facebook Says Data on Most of Its 2 Billion Users Is Vulnerable Bloomberg. Millions… Billions… Squillions… Surreallions….

Sinclair is hiring for hundreds of open positions, amid ‘must-run’ script scandal Think Progress. Judd Legum: “Why don’t Sinclair reporters quit? Most of the open jobs are also with Sinclair.”

“If the Financial Times were a person, it would be a man.” Here’s how the paper is trying to change that. Nieman Labs

Fear and Fawning In Hillaryland Sardonicky (UserFriendly). Review of Palmieri’s book (Palmieri being the Clintonite apparatchik who thought the Russians were going to hijack her limo). Palmieri: “Nothing draws fire like a woman moving forward.” Or not!

Forget About Impeaching Trump Politico. “But if the impeachment push has no endgame, then why keep talking about it? It’s virtue-signaling to progressives, the ultimate proof of one’s Resistance bona fides… It is just talk, much like Republicans’ endless calls to repeal the Affordable Care Act during the Obama years.” Another bubble…. Popped!

A New Study Shows How American Polarization Is Driven by a Team Sport Mentality, Not by Disagreement on Issues The Intercept

MLK: A Snap Shot in Time Black Agenda Report. “King and his SCLC were a rogue faction of dissident Baptists in a sea of petty capitalist hustlers in clerical collars whose mission was to reconcile Black people to life under apartheid.” Continued excellence from BAR.

Before the Media Lionized Martin Luther King Jr., They Denounced Him Rolling Stone

How Not To Talk About Race And Genetics BuzzFeed (ChiGal).

“The Clock Is Ticking”: Inside the Worst U.S. Maritime Disaster in Decades Vanity Fair. Terrific writing from William Langewiesche. 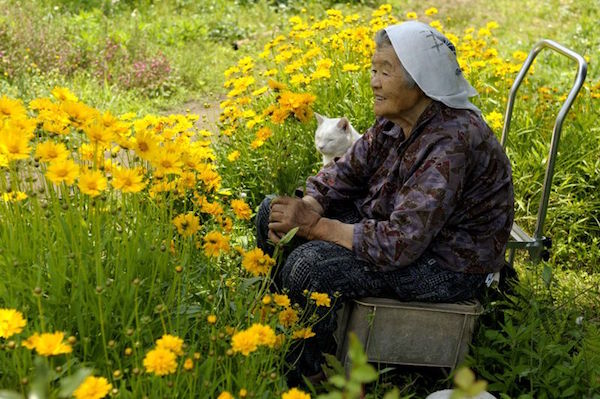 “Japanese photographer Miyoko Ihara’s series on the bond between her grandmother Misao and her cat Fukumaru.”