Yves here. I’ve always assumed forensic sketches were lousy. How can anyone describe a face accurately enough for another party to make a rendering? And then the individual giving the description can too easily have their memory distorted by the process of creating the sketch, that they will become invested in believing that it is a good representation and the sketch will supplant their memory, even assuming their internal image was highly accurate in the first place. 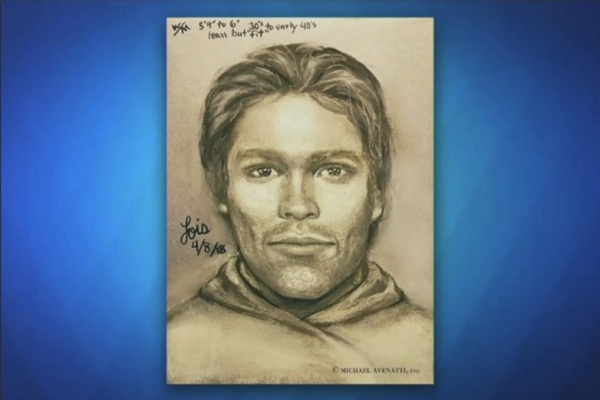 Stephanie Clifford, the adult film actress known as Stormy Daniels, has set off a flood of media coverage on her claims of having a sexual relationship with President Donald Trump and the subsequent non-disclosure agreement and $130,000 paid to her by Trump’s personal attorney, Michael Cohen, during the last weeks of the 2016 presidential campaign.

The saga catapulted to the forefront of U.S. political discourse in the aftermath of a January article published in The Wall Street Journal about the $130,000 payment and the 2006 sexual affair, which took place just four months after Trump’s wife, Melania Trump, gave birth to their son Barron. Some campaign finance experts have said this is an illegal in-kind campaign contribution. Cohen has come under FBI investigation and could potentially face charges in the U.S. District Court for the Southern District of New York for his actions.

On a parallel track, in a March interview on CBS’ 60 Minutes with Anderson Cooper, Daniels said she was threatened while in Las Vegas in 2011 by a man who did not give her a name, saying, “Leave Trump alone. Forget the story.” That man then turned toward Daniels’ infant daughter and said, “That’s a beautiful little girl. It’d be a shame if something happened to her mom.” Daniels told Cooper in the interview that she could remember his face perfectly some seven years later and would recognize him instantly if she were to see him today.

After dozens upon dozens of media appearances, Daniels’ attorney and former Democratic Party opposition researcher Michael Avenatti, put up a $131,000 offer for the #thugsearch (the hashtag he used on Twitter) in the aftermath of hiring famed forensic sketch artist Lois Gibson to draw a picture of the man based on Daniels’ description of him. The picture, first made public on an episode of the television show The View during a joint appearance on the show by Avenatti and Daniels, has since gone viral online. Some have joked that the man in Gibson’s sketch looks a bit like Daniels’ husband, Glendon Crain, or a bit like New England Patriots quarterback Tom Brady. In those jokes lay a hidden truth about the lack of reliability of those kinds of sketches.

Avenatti has since filed a defamation lawsuit on behalf of Daniels in the U.S. District Court for the Southern District of New York in the aftermath of President Trump saying the photo looks like her husband, Crain, and him calling it a “total con job” in a tweet.

Lost in this soap opera and wire-to-wire coverage of the escapades, though, has been any substantive conversation about the accuracy (or lack thereof) of sketches of the sort Gibson did for Avenatti and Daniels. But, in fact, many legal scholars have pointed to their fallibility as evidence used in the U.S. criminal justice system, which raises questions about the $131,000 payment offer put out by Avenatti. Legal scholars have raised questions about the accuracy of the sketches themselves, which have been responsible for over 70 percent of the 349 of wrongful convictions overturned by The Innocence Project since 1989. They also have called into question people’s ability to recall what someone looks like some seven years after an incident occurred, let alone seven weeks.

In their chapter titled “Eyewitness Memory for People and Events,” which appears in a broader academic textbook about the topic titled, Handbook of Forensic Psychology, psychology professors Gary Wells and Elizabeth Loftus — of Iowa State University and University of California-Irvine, respectively — write that physical evidence and memory-based evidence have something key in common: They both can be contaminated.

At its root, Wells and Loftus write that bad science drives bad eyewitness accounts, and thus bad sketches. They say that, at its root, courts and law enforcement have no central theory to anchor how memory works at a scientific level, and that’s what generates bad outcomes.

In another 2017 article by Wells and his colleague John Wixted of the University of California-San Diego, the two of them explain that eyewitness testimony is not inherently unreliable, but that law enforcement agencies do not utilize the actual scientific method to ensure that innocent people are not wrongfully convicted. For law enforcement and prosecutors, doing real scientific method would be time-consuming and labor-intensive, the procedure for which is drawn out by the authors in their paper titled, “The Relationship Between Eyewitness Confidence and Identification Accuracy: A New Synthesis.”

The academic debate, then, says it is at least feasible that eyewitness identification can work if a criminal justice investigation and pre-prosecution investigation are conducted in a thorough manner. But then there is the reality, as is the case with Stormy Daniels, that her eyewitness event occurred under self-described duress.

“I remember going into [a] workout class [after the incident]. And my hands are shaking so much, I was afraid I was gonna drop [my daughter],” Daniels told 60 Minutes .

Daniels also said she was “100 percent” sure she could recognize the person who threatened her if she ever saw him again.

“Even now, all these years later. If he walked in this door right now, I would instantly know,” Daniels proclaimed.

A seminal study published in 2008 by Tin Valentine and Jan Mesout, psychology scholars at the Goldsmiths, University of London, concluded that eyewitness identification while under duress can be seen as a de facto fatal flaw in terms of its accuracy even in the short aftermath of a stressful event. For that study, Valentine and Mesout surveyed a random sample of people who went into the Horror Labyrinth in London by getting informed consent and strapping a heart rate monitor around their chests.

“These data suggest that the accuracy of eyewitness identification by some victims of crime has been overestimated in data from laboratory studies that do not induce an activational mode of attentional control,” the study concluded. “This conclusion suggests that the potential for error associated with eyewitness identification evidence is even greater than laboratory studies have suggested.”

Even if someone’s memory has perfect recollection of what a person looked like, it’s still up to a sketch artist to draw the sketch according to the description. In the case of Daniels and her attorney Michael Avenatti, they hired sketch artist Gibson, who formerly worked for the Houston Police Department.

“The difficulty that people have with constructing face composites is not the result of weak memory for faces per se,” they wrote. “Instead, it appears that human face processing is designed more for face recognition, which is facilitated by holistic representations, than it is for face recall, which requires individual feature representations.”

Put another way, even if Daniels had a fairly clear memory of the man’s face, it would unlikely to be specific enough of a description to yield a foolproof sketch by Gibson. And, even if the description was perfectly solid by Daniels, there’s no guarantee that the sketch would be up to snuff because of a concept called “piecewise reconstruction.” That’s a fancy way of saying that in verbalizing a face’s description piece by piece to a sketch artist, feedback received by the person describing the face could bias one’s memory and subsequent description of that face to the artist.

A “verbal description itself degrades the eyewitness’ visual memory as well as the recognizability of the target face, in a phenomenon known as verbal overshadowing,” explains a 2011 scholarly study titled, “Do You See What I See? A More Realistic Eyewitness Sketch Recognition,” published by scholars at National University of Singapore and Ramon Llull University in Barcelona, Spain. And “piecewise reconstruction of the target face, especially in composite sketches, degrades the eyewitness’ mental image of the target face and the recognition result.”

In an email to Criminal Legal News, University of California-Irvine Professor Elizabeth Loftus said it is possible that Daniels has a great memory. But that does not mean the sketch will end up as an accurate or actionable one for Daniels’ legal team.

“Maybe she has a strong memory for the event itself and that convinces her she will be able to identify him,” said Loftus. “But we know how much memory fades over seven years. A huge number of mistakes of identification have been made after much shorter periods of time.”

In response to questions sent via email, Gibson told Criminal Legal News that “I do not do interviews or answer questions about Stormy Daniels.” She also did not respond to general questions asked about the reliability of eyewitness sketches.
Avenatti also did not respond to multiple emails and tweets seeking comment on the issue. He has since made his Twitter profile private, citing “bots” and “abusive trolls.” Daniels’ attorney has appeared hundreds of times in the media since the initial “60 Minutes” interview, but has not been asked a single time in any of those appearances about the scientific reliability of eyewitness sketches.