Citizen Science and Climate Change: Mapping the Range Expansions of Native and Exotic Plants with the Mobile App Leafsnap BioScience. #CitizenScience provides excellent opportunities for a Jobs Guarantee, no?

US corporate bonds have worst start to year in decades FT

Bankers Hate the Volcker Rule. Now, It Could Be Watered Down. NYT

Argentina: From the “confidence fairy” to the (still devilish) IMF Critical Macro Finance

Trump’s New Campaign Against Iran Will Not Achieve Its Aims Moon of Alabama. “The threat of secondary sanctions will eventually lead to the creation of a sanction-secure parallel global economy. The SWIFT banking information exchange which routes international payments between banks can be replaced by country to country systems that do not depend an sanctionable institutions.” Hmm. Readers?

Who will be the biggest losers from a China-US trade war truce? South China Morning Post

Europe’s longest bridge and the economic impact on the Crimean peninsula FreightWaves. Quite a bit of geopolitical opinion-having for the trade press, I must say. It’s almost like somebody was standing over the writer’s shoulder….

Summary of the Building a Sustainable International Order Project RAND. “The growing threat to the rules-based postwar order….” I’m a little hazy on when this threat materialized. The invasion of Iraq? The bombing of Libya?

Mnuchin Urges Antitrust Probe of Tech After Google Report Bloomberg. It’s really time for Google to spend some time in the barrel; if Silicon Valley first destroys the newspaper business — especially local newspapers — and then destroys our ability to sift the rubble that remains by crapifying search, it’s hard to see how the country ends up with the informed citizenry needed to make democracy work (to the extent that it works at all). Google is far more dangerous than Facebook, because Facebook isn’t a serious search tool, and isn’t suitable for serious writing (no embedded links).

And Now, For His Grand Finale, Paul Ryan Is Trying to Kick at Least a Million People Off of Food Stamps Slate (UserFriendly).

The princes, the president and the fortune seekers AP. A pivot away from the “Russia! Russia! Russia!” narrative (not that there weren’t other narratives to be had; there are).

Who is Stefan A. Halper, the FBI source who assisted the Russia investigation? WaPo. Perhaps I’m being overly cyncial, but after reviewing Halper’s career trajectory, I’d replace “FBI source” with “intelligence community asset.”

By Demanding an Investigation, Trump Challenged a Constraint on His Power NYT. Norms!

The constitutional crisis is here Eugene Eugene Robinson, WaPo. “One of the bedrock principles of our system of government is that no one is above the law, not even the president.” I wish liberal goodthinkers like Robinson would stop gesticulating like this and take a moment to look around them. I mean, Gina Haspel “tortured some folks” and then wiped the tapes, and now she’s head of the CIA, with Democrat votes. Sadly, like “bedrock principles,” “no one is above the law” has become, if not an empty cliché, at least no longer the default, and within living memory. I wish very much it weren’t so, but it is so. Remember when Enron executives were actually prosecuted under the Bush administration? Happy days. It would be nice if they were here again.

If you think liberal Democrats in Clinton’s faction aren’t bitter, and aren’t clinging to deeply felt hatred for Sanders and Sanders supporters, then read this exchange with Clinton aide Philippe Reines:

(“Bernie Sanders is the most popular politician in America” (link) is an oft-repeated talking point on the Twitter.)

Defending Digital Democracy Harvard Kennedy School Belfer Center for Science and International Affairs. I’ve urged that the test for intellectual honesty on election security is treating hand-marked paper ballots, hand-counted in public, as a real option. Oddly, or not, this project, fronted by Robby Mook and Matt Rhoades (campaign managers for Hillary Clinton and Mitt Romney) fails that test. (Note that “DIgital Democracy,” though catchy, is also question-begging; as one of Benteley’s programming proverbs has it: “The cheapest, fastest, and most reliable components of a computer system are those that aren’t there.” In this case, the best way to ensure “digital democracy” is to remove the digital part.)

From Backwaters to Major Policymakers: Policy Polarization in the States, 1970–2014 Perspectives on Politics

Princeton Dialogues of AI and Ethics: Launching case studies Freedom to Tinker. “This [assessment] is essential in order to identify the positive opportunities presented by AI and unleash these technologies’ capabilities in the most socially advantageous way possible while being mindful of potential harms.” Lol no.

Quantum Physics May Be Even Spookier Than You Think Scientific American (original). 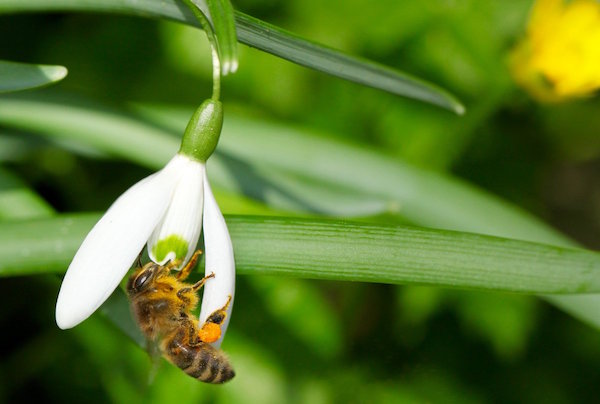 recently learned about beekeeping dogs who are trained to sniff out deadly larvae in honey hives and therefore ensures I have safe honey pic.twitter.com/PXMI6OguR4