How much can forests fight climate change? Nature

Ancient Earth saw a huge spike in meteor impacts. It may be ongoing. National Geographic

BlackRock accidentally posted spreadsheets full of information on thousands of financial advisors that use its ETFs, calling some ‘dabblers’ and others ‘power users’ Business Insider. BlackRock should fit right in at CalPERS, then.

My speech on driverless cars at the Transportation Research Board, Washington DC, 15/1/19 Christian Wolmar (MH). Wolmar is a well-regarded British transportation journalist. Wolmar: “I will leave you with the words of Michael DeKort: ‘The 20–30-year time period [for the introduction of driverless cars] isn’t remotely close. The real answer is that they will never get remotely close to finishing. Not much farther than the first base they are on now.'”

Britain is operating as if a Brexit delay is there for the taking. It’s not. WaPo

Coalitions in the Commons? John Redwood (Clive). Clive: “His parliamentary arithmetic is broadly accurate although he does fail to state that the non-ERG element of the Conservatives could split off and support one of the various other ploys he lists. But not all of any Conservative defectors from May’s Deal would join a specific single ploy, so his general point about there not being any majority for anything is valid, as is the count for the overall scale of support for each competing option.”

This is legit the best sign I have ever seen ?#Brexit pic.twitter.com/dp0UWB78iq

In a bizarre turn of events, Theresa May could get her Brexit deal through after all – the key lies with Yvette Cooper Independent. Interestingly, although Corbyn forbade Labour MPs from meeting with May, Cooper did so, wearing a hat other than her MP hat. Clive: “I suspect the Clerk to the Commons will have told the Speaker [John Bercow] that, if he doesn’t kill Cooper’s bill, he’ll almost certainly face moves to remove him from office because the constitutional position on the (un-) allowability of it is clear. So, despite press frothing at the mouth, it won’t go anywhere.” “Bizarre” may have given us a clue. Readers?

Unlock the Brexit logjam by learning from other nations FT. Citizen assemblies.

800 fire doors across Poole the same as those that failed post-Grenfell checks Daily Echo. Like Grenfell, this is a privatization story. See NC Grenfell coverage here and here.

Forget the Trade War. China Is Already in Crisis Bloomberg

Chinese police must guard against ‘color revolutions’, says top official Reuters. Hmm. Who on earth would sponsor such a thing?

Rove warns Senate GOP: Don’t put only focus on base The Hill

1,400 Miles of Abortion Restrictions The Intercept

BuzzFeed News Faces Scrutiny After Mueller Denies a Dramatic Report NYT. Plenty of dunking on this one…

Peter Carr Speaks emptywheel. “Trump’s not going to be indicted by Mueller — at least not before he leaves office via election defeat or impeachment.” Oh.

The House Democrats’ Colossal Election Reform Bill Could Save American Democracy Slate. No hand-marked paper ballots, hand-counted in public. (A “paper trail” is meaningless, because the software that scans, tabulates, and prints the “paper trail” can still be hacked.)

Can I Talk to a Manager? Jacobin. Waiter, there’s a fly in my Chardonnay.

Lawsuit against California Democratic Party details alleged harassment by former chair Eric Bauman and Essential California: Ed Buck liked to generate controversy, but the deaths of two men may give him more than he wants Los Angeles Times. Seems to me like impressive coverage of California’s one-party state, but locals may wish to correct.

If Only Obama Had Done the Things Obama Actually Did Jonathan Chait, New York Magazine. First and second words of the lead: “Matt Stoller,” who seems to have hit a nerve:

The Democratic #BigLaw, Hill, and nonprofit space is like a set of incredibly meek loser mafia families. There are a few key people that control all the money and the blacklists are ridiculous. Read the article and you&#39;ll see how insular this culture is. https://t.co/kTQhAdqVOE

can you marie kondo when you’re poor? Vice. The author, an expatriate, has a relationship with poverty that others may not share. I’ve always liked this poem by Elizabeth Bishop: “One Art“.

Kennedy and King Family Members and Advisors Call for Congress to Reopen Assassination Probes Who.What.Why. “A group consisting of relatives of the Kennedy and King families, as well as their confidantes and other prominent voices, is calling for a Truth and Reconciliation Committee to get to the bottom of these tragic murders.” Includes the group’s letter, with an impressive list of signatories.

Lunar eclipse 2019: how to watch this “supermoon” turn blood-red Vox 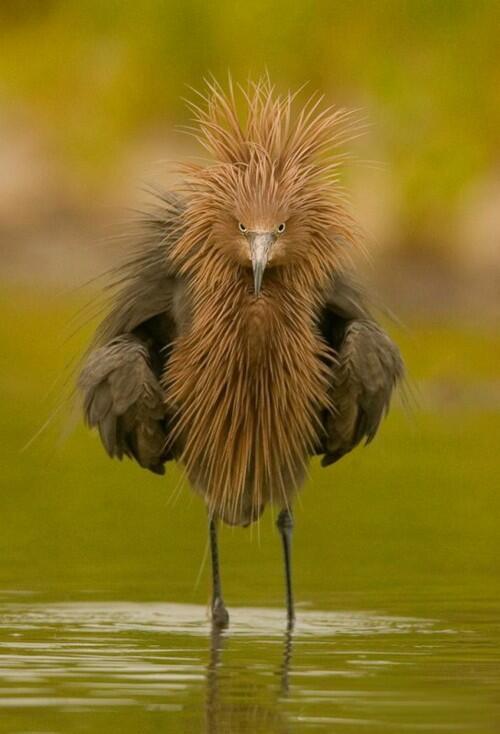 Take a look at how still this kingfisher keeps it's head while hunting, incredible! ? #Winterwatch pic.twitter.com/3H2n9v62vK