America colonisation ‘cooled Earth’s climate’ BBC (original). 1492’s version of the Jackpot, as it were.

We may be overestimating the carbon cleanup power of trees Anthropocene

Does Facebook Really Know How Many Fake Accounts It Has? NYT. Lol no. Seems a bit gentle; the conclusions from Plainsite (cited in the Times article, and linked to at NC on January 25 under “The Bezzle”) seem more in line with what we know about Facebook, the enterprise: “Fcebook has been lying to the public about the scale of its problem with fake accounts, which likely exceed 50% of its network. Its official metrics—many of which it has stopped reporting quarterly—are self-contradictory and even farcical. The company has lost control of its own product.”

Bernie Sanders is dead wrong about what’s happening in Venezuela WaPo. KW: “After reading this, I am off to have a shower” and Democrats should stand for democracy in Venezuela — and democratic values in America Chris Murphy and Ben Rhodes, WaPo, Rhodes being the coiner of the phrase “The Blob.”

On Backing Chavez Stumbling and Mumbling

The U.S. Army In The Iraq War, Volume 2, Surge And Withdrawal 2007-2011 (PDF) Strategic Studies Institute and U.S. Army War College Press. “The invasion of Iraq showed that even an operation designed as a limited regime decapitation can precipitate state collapse in centralized, authoritarian political systems, after which must follow either martial law imposed by a large military presence or civilian authority prepared to step in and immediately assume responsibility for governance― itself a massive undertaking. If this does not happen, the void will at least partly be filled by malignant actors.”

A Chinese train conductor collects 16 train door keys during his 4-decade career. Check out the 40 years of change on China&#39;s railway pic.twitter.com/BtClkpVjHi

Xinhua has been running a (heart-tugging) series on multi-generational railway families. Moving from steam to high-speed rail in forty years is pretty amazing, no two ways about it.

Unemployment After Demonetisation, GST Was Even More Than 6.1%: Report The Wire (J-LS).

Trump ordered 15,000 new border and immigration officers — but got thousands of vacancies instead Los Angeles Times

What The Left Gets Wrong About Bernie Sanders And Elizabeth Warren HuffPo (OregonCharles).

The Kind Of Policy We Must Never Make Again Current Affairs. Obama’s “Race to the Top.”

Detroit Cop Posts Racist Video Of Black Woman In Freezing Cold After He Seized Her Car HuffPo. This is bad, and that cop should feel bad.

Weaponized Interdependence Interdependence (PDF) Henry Farrell and Abraham Newman, International Securuity (forthcoming). “We develop a different understanding of state power, which highlights the structural aspects of interdependence. Specifically, we show how the topography of the economic networks of interdependence intersect with domestic institutions and norms to shape coercive authority. Our account places networks such as financial communications, supply chains, and the Internet, which have gone largely neglected by international relations scholars, at the heart of a compelling new understanding of globalization and power.” For example, SWIFT.

Poor southerners are joining the globe’s climate migrants Scalawag (MR). “Public housing residents, along with other poor, disabled, elderly, and vulnerable people, are becoming a first wave of climate migrants in the U.S.—people selectively displaced by increasingly frequent storms and floods, moved because they can’t afford to stay. Their forced removal also marks the sputtering end of a long effort to close down the project of government-subsidized housing in this country, leaving affordable housing to the so-called free market.” Never let a crisis go to waste.

How Houston Has Virtually Ended Homelessness Among Veterans Pacific Standard (TW). TW: “Making veterans the first part of the homeless population for the police to focus on is probably very effective in breaking down the resistance to empathy that conservative types (which the police mostly are) and educates them in later assisting other homeless people who do not immediately get sympathy from police as veterans probably do.”

As the €500 note slowly dies, Harvard economist Kenneth Rogoff is getting his wish Quartz

Gallup poll: Animosity toward Trump, Putin ‘must worry all of us’ Deutsche Welle. “[F]or the first time we are registering a downtrend in the ratings for all major political leaders in the world.” Moar cowbell. 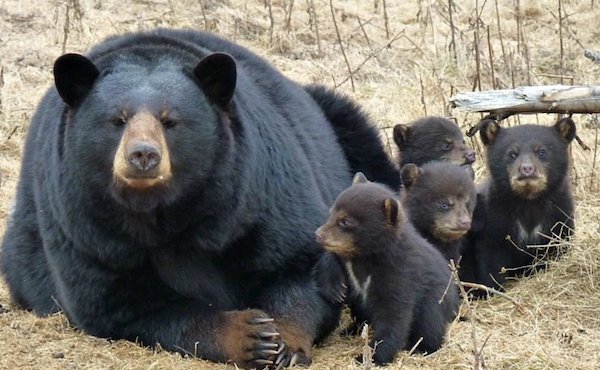