Two Adorably Adventurous Cats Travel All Around Japan with Their Human My Modern Met. So cute!

The impact of the ‘open’ workspace on human collaboration Philosophical Transactions of the Royal Society (David L). From last year, still important.

Why Your Gas Mileage May Be Declining Forbes (David L)

A chronic fatigue syndrome blood test can finally prove people really do suffer from the mystery disorder, study says Daily Mail. Funny, a friend who had chronic fatigue consumed a lot of salt on her MD’s advice and said it helped her.

‘Danger of doing a deal’: Hunt warns May Brexit agreement with Labour could alienate more Conservative MPs Telegraph. Honestly, there isn’t a deal to be done unless the Government decided to go for pure optics, since some of the things Labour wants will never fly with the EU

Trump family, businesses sue in effort to block banks from complying with subpoenas The Hill

Tit for Tat? Why did Mueller let Trump off the hook? Mike Whitney, Unz Review

Is Joe Biden ‘Electable’ or Not? Thank God, Nobody Seems to Know Rolling Stone (furzy)

Boeing Signals Additional Software Problem Affecting 737 MAX Airliners Wall Street Journal. I had to resist the urge to write this up, since NC has been giving a big dose of Boeing coverage. But I also hesitated because the story doesn’t make sense, as in there must be some missing pieces that the reporters couldn’t get their hands on. From the Journal:

Boeing Co. on Monday said certain safety alerts on its 737 MAX jets didn’t operate as airlines would have anticipated because of a previously undisclosed error on its part….

Before Monday, neither Boeing nor the Federal Aviation Administration had disclosed that an additional software glitch—rather than an intentional plan by the plane maker—rendered so-called angle of attack alerts inoperable on most MAX aircraft.

How is it that a software problem shows up on most but not all 737 Maxes? That suggests that there were differences in hardware elements, since you’d expect software to operate the same way on all planes if the relevant hardware components were identical. Am I missing something?

Tesla Discloses Record Pollution Credits for Q1: Without Them, it Would Have Lost $918 Million and Bled $1.14 Billion in Cash Wolf Street (EM)

Why You Should Be Worried About Tech’s Love Affair With NDAs Fortune (Dr. Kevin)

The old ‘flop house’ emerges as solution to affordable housing crisis MPR News (Chuck L). Um, why is this a surprise? In NYC, the conversion of single room occupancy hotels to rentals or condos has been cited as a factor in the rise in homelessness.

Chase bank tried to be relatable on Twitter and got absolutely dunked on Mashable (Kevin W). I recall a few years back Chase tried some sort of Twitter image-burnishing and got its head handed to it then. More proof that Chase remains firmly ensconced in its bubble.

Woodstock 50 Canceled By Its Investors NPR (David L). The title tells you how wrong this idea was… 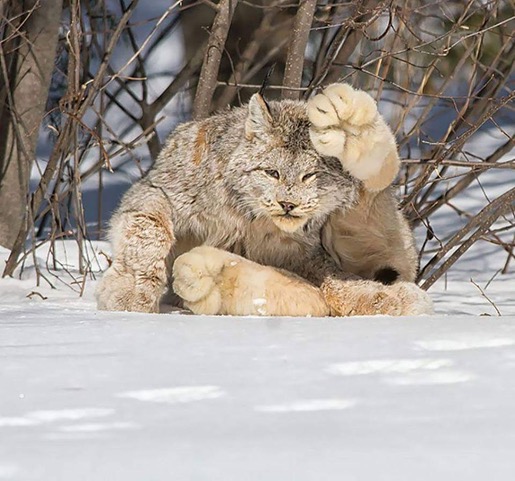 And a bonus, again from martha r: