Yves here. While the author of this article focuses on the rise of authoritarian leader as a cause for concern, that is arguably too personal a focus. Economic shocks like the financial crisis and the aftermath of the fall of the USSR typically move the political center of gravity to the right. The runup to World War I was also a period of globalization but the piece does not consider why the old political and economic order came under so much stress.

By Saladdin Ahmed, the author of Totalitarian Space and the Destruction of Aura, published by SUNY Press in March 2019. He is a visiting assistant professor at Union College in New York. He specializes in Critical Theory and political philosophy. Follow him on Twitter @SaladdinAhme. Originally published at openDemocracy 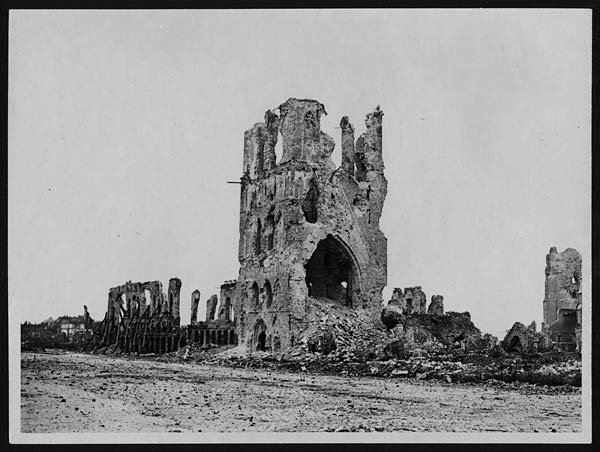 Today we live in a world that is not dissimilar to the pre-WWI world, when a few emperors and their families controlled the fate of the vast majority of the world’s population. In 1914, all it took to trigger the Great War was the assassination of the Austrian Archduke Franz Ferdinand by a nationalist Serb. The assassination took place on June 19. Five years later, on June 28, 1919 – almost exactly 100 years ago – the Great War came to an end, but at the cost of approximately 40 million lives.

There are no empires in the old sense now, but there are self-centered leaders who are just as powerful as any emperor in history. Some of these leaders are the kind of bullies who would not think twice before making potentially catastrophic decisions, merely to keep up the appearance of ‘strong men.’ Consider this list: Donald Trump, Kim Jong-un, Vladimir Putin, Ali Khamenei, Recep Tayyip Erdoğan, Narendra Modi, Rodrigo Duterte and Jair Bolsonaro. What do they all have in common? They have too much power and display autocratic tendencies when exercising it.

Whether you are a genius scientist in the United States, a peace-loving poet in Brazil, or a great philosopher in Iran, the truth is that your fate is, to some degree, in the hands of a man who, in a more rational world, would not even be allowed to care for a pet. Whatever we tell ourselves about the elite who control politics nationally, regionally, and globally, there is one embarrassing fact we need to face: we have surrendered our destiny, and the well-being of the planet, to a bunch of bullies. This should be disturbing for everyone.

What happened on June 20, 2019, when the Islamic Revolution Guard Corps of Iran shot down an expensive American surveillance drone, could have triggered the start of a war. In a tweet on June 21, Donald Trump declared to the world that there was an imminent retaliation attack against Iran underway, but “ten minutes before the strike I stopped it.” Later the same day, he explained that “I thought about it for a second,” and called off the strike to avoid 150 human casualties. It is indeed fortunate that the president “thought about it for a second,” or else we could have been in the midst of another open-ended war.

In the 1960s and 1970s there was a serious threat of a nuclear war breaking out at any moment, so anti-war protests were extremely popular. Films like Dr. Strangelove or Fail Safe tried to depict both the absurdity and fragility of this situation. The Cold War concluded at the end of the 1980s, but perhaps because a nuclear war did not take place between the two superpowers, we obtained a false sense of perpetual peace. It’s as if the nuclear threat is something historically left behind us.

What we tend to forget is the fact that nuclear bombs still exist, and there are enough of them to obliterate the entire human population several times over. Today’s political leaders who have the authority to start a nuclear war are not necessarily more rational than the leaders of the Cold War era. That is to say, the probability of a nuclear war, with catastrophic global consequences, is by no means negligible, especially as the nuclear club seems to be growing. We have every reason to believe the new members of this club will be among the most irrational; not to mention that there is always the possibility of nuclear weapons falling into the hands of extremists, whose words and deeds make their intentions unambiguous.

Under the hegemony of culturalism – the dominant ideology that attributes essentialist and homogeneous identities to the Other – it is easy to brush aside all forms of extremism and totalitarianism, as opposed to seeing them as products of the existing global order. Nonetheless, those of us who are lucky enough to live in liberal democracies seem to be heading the same way despite the choices we still have available. Something is fundamentally wrong with a system that empowers populists like Bolsonaro and Trump. They are not abnormal outcomes of the existing political environment. Thanks to their political incorrectness, however, such populist leaders are easy targets, and as such, they may give us the illusion that things will be fine once they are replaced in the next election.

But unless we comprehend the scope of the social, political, and ecological crises we face – and bring about the drastic changes required to address them – things will not be fine. Leaving politics to the elite who control governmental institutions will continue to make us responsible for the creation of a history that is barbarian, despite our rapid technological advancements. What we need is a more enlightened and internationalist consciousness – a stronger collective will to bring about real change towards a safer, fairer, and more inclusive world. The gradual realization of such a world takes place in the course of negating bureaucracies that misrepresent people’s interests for the sake of protecting the institutional apparatuses of ruling elites. Such an emancipation would entail multilayered processes of unlearning submission to discriminatory regimes, de-normalizing all forms of violence, and delegitimizing exploitation.

In 2014, 100 years after the Armenian genocide, the Yezidi genocidetook place. Yet, the international community was arguably more indifferent this time around. Perhaps the relative indifference in the West is due to the fact that the Yezidi genocide took place in the Middle East. However, the dualist view of the world as the West vs. the rest is just as problematic as it was in the 20th century, when the Holocaust mirrored the barbarism of the Armenian genocide on a larger scale. What is already happening in the world’s most robust democracy is a manifestation, not only of the global system’s brutality at home but also of the public indifference required for the normalization of such brutality.

In 1914, the world was entering a stage of barbarism, and nobody had any idea how bloody it would turn out to be. While the breakout of the war was sudden, the conditions that led to the war were gradual. However, imagining, and struggling for an alternative world was not merely the vocation of a few isolated groups. For the 80 years after 1914, international solidarity and cosmopolitan ideas of emancipation had enough presence that speaking of, and organizing for, a different world was not uncommon.

But this promise was left unfulfilled. During the 1936-1939 Spanish Civil War, for example, the anarcho-syndicalist and International Brigades represented a desperate attempt by revolutionary leftists to stop the rise of fascism in Europe. Despite its relative popularity, the internationalist anti-fascist front did not receive enough outside support to be victorious, and we all know the catastrophic consequences that followed.

Today, internationalism as a popular movement is even weaker. Political apathy and despair dominate the public mood, leaving the world at the mercy of a bunch of populist bullies. Surrendering to the idea of the ‘end of history’ per Francis Fukuyama’s doctrine – the belief that we simply cannot do any better – has never been so widely internalized as now. Precisely because of this fact, however, the emergence of an international public consciousness that can resolutely take on the responsibility of saving the world is more urgent than ever.

One does not need to abide by any universalist utopia to realize that every individual and community are organic parts of the same world, politically, historically, and ecologically. Unless a new internationalist consciousness and will emerge, we will continue to head toward the abyss of barbarism, and nobody can predict the scope of its violence. If nothing else, the ongoing ecological crises will be sufficient to escalate unrest, wars, and mass immigration to levels unseen in history.

One hundred years ago, the Treaty of Versailles brought the Great War to an end, but everything that gives birth to modern wars continued on to 1939, 1989, and 2019. Unless the conditions of unfreedom are uprooted, only the abyss will return our gaze into the future.