Patient readers, as I warned Friday, timing for Water Cooler will be a little bit sketchy until after July 4. Today I will have only a short post, and tomorrow may be shorter still! –lambert

This is a Democrat wield power. This is *actual* Congressional oversight. https://t.co/5PHN7p3a7M

It finally flashed on me what the camps-on-the-border controversy reminds me of, institutionally: the Abu Ghraib Iraq torture scandal in March 2003. Besides the awful conditions for the prisoners there, the prison was run by incompetent and demoralized staff, much like the staff that AOC encountered at the border, which reinforced the awful conditions and brutality. Abu Ghraib was also remarkable in that personnel actually took videos and photographs of themselves torturing prisoners — the word “selfie” didn’t exist in those days — and the imagery got into the prison IT system. It seems likely to me that the same scenario has happened at the border; it remains only for a whistleblower to approach AOC with a CD — or, these days, a USB stick — of photos and videos. Sadly, if Abu Ghraib and the border camps are analogues, nothing will happen as a result. Only small fish will be disciplined, all the big fish will escape to high office and later make a lot of money as talking heads, the war will go on. The only real loss from Abu Ghraib, leaving aside the effect on those tortured, was reputational, to the United States, and that only counts as a loss if you believe in soft power. I don’t see any reason why the outcome for today’s Abu Ghraib at the border will be any different*.

Because why would it be? The non-profit industrial complex is calling to #CloseTheCamps, but what then? Send the migrants back where they came from? Do “Open Borders” de facto by giving them all Greyhound bus tickets to the nearest sanctuary city? Put credentialed professionals in charge of the process? What, exactly?

Problem-solving being male nurturance, I like policy solutions, even aspirational ones. If the goal is not Open Borders, what is it? For example, suppose we agree that the number of migrants must be regulated (economic migrants or refugees), what then? Suppose we stipulate that Trump has, as Trump does, catalyzed and accelerated all the features of the present system**, especially the most brutal ones. What’s the answer? Hotel-level quarters for all, and regulate the numbers with queuing? (Managing the queue, naturally, being a jobs guarantee for the sort of professionals that determines worthiness, certainly preferable to outright thuggery). That’s not a solution, however, if you believe in the “coalition of the ascendant,” as the liberal Democrat hive mind does; demography being party destiny, more Latinx migrants are always good. It’s also not a solution if — conservative or liberal — you want the labor market to be able to adjust rapidly to requirements for cheap labor to beat down American workers. (The whole concept of allowing a lot of illegal immigration and then retroactively legalizing the fait accompli seems a little odd, too; I suppose if I think people jailed for creating the marijuana market should get amnesty, the same should apply to the “Dreamers”***, but the whole process seems roundabout. It’s true that we’re selecting for the most adaptable and toughest immigrants by forcing them to go through the current process, but why not figure out what we want, make that legal, and make the rest illegal? And then there’s the idea that if we weren’t sponsoring murderous regimes in Latin America, there would be fewer people seeking to escape to the land of opportunity. For whatever reason, that seems to be a tough sell in the political class. Right now, we have the worst of all worlds, including the development of a cancerous cadre of thugs whose skill and habits and mind are likely to metastatize throughout the country (“security work”), even if their Federal departments are broken up. Of course, the questions I’m asking accept the very American idea that there is always a solution, always a happy ending.

NOTE ** It’s always amusing to watch for algo bloopers, in this case an algo illustrating a story about Trump’s camps with an image of Obama’s.

Twitter Moments is using a photo taken during the Obama Administration. https://t.co/i9JAHBbQ1N pic.twitter.com/8Zkvj5NP77

NOTE *** The consultant who devised that framing and coinage earned every penny.

Readers, feel free to contact me at lambert [UNDERSCORE] strether [DOT] corrente [AT] yahoo [DOT] com, with (a) links, and even better (b) sources I should curate regularly, (c) how to send me a check if you are allergic to PayPal, and (d) to find out how to send me images of plants. Vegetables are fine! Fungi are deemed to be honorary plants! If you want your handle to appear as a credit, please place it at the start of your mail in parentheses: (thus). Otherwise, I will anonymize by using your initials. See the previous Water Cooler (with plant) here. Today’s plant (eg): 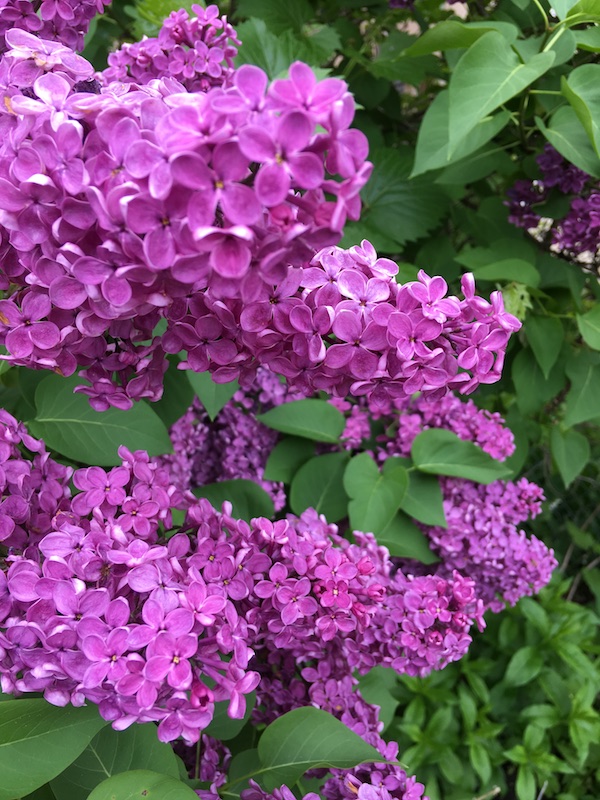 One of the more pleasant things about walking down the main street just now is the scent of lilacs, and many other flowers. Not what one thinks of as typical of Maine!