EU to Brazil: We&#39;d like cheap beef in return for cars
Bolsonaro to farmers: Get fucking burning lads
Farmers: Aug10th will be fire day!
EU: Er lads, people can see…
Brazil: But you want beef for cars thing?
EU: Yeah but with less burning, bad press
Brazil: FFS make up your mind

Do Americans Want War With Iran? Gallup. No.

The Silence of August 38 North

MTR closes much of Kwun Tong Line for protest RTHK. The next protest, not the human chain.

Tonight you could walk for miles in Hong Kong and not find a gap in the human chain (except when the light turned red at a crosswalk; this is a civilized city!). A very uplifting show of unity by all Hong Kongers pic.twitter.com/lvVzxdBYjF

LIVE #HongKongWay human chain – island section on Great George St in Causeway Bay and it&#39;s just part of it …
Same date 30 years ago the hundreds of miles of human chain across three Baltic nations were part of the prelude of their independence from Soviet Union. pic.twitter.com/SX0jCWuvLd

* * *
Empty trains on the modern Silk Road: when Belt and Road interests don’t align Panda Paw Dragon Claw (DK). Sounds a lot like the houses with styrofoam pediments that preceded our Crash.

Trump calls on UPS, FedEx and Amazon to ‘search for & refuse’ fentanyl deliveries from China CNBC and China accuses US of using fentanyl as a political weapon as Donald Trump orders shipping firms to step up checks South China Morning Post. Should play well in flyover, it is true. But then it ought to.

I dumped Donald Trump to save the liberal world order Anthony Scaramucci, FT. This guy’s bread falls butter side up. And he knows it.

It’s Not So Absurd To Want Greenland GZero

Costs to mail ballots may skyrocket for civilians, military living overseas The Fulcrum

The Very Real Possibility of President Elizabeth Warren Rolling Stone. “The Democrats won’t win the general election on the off chance that thousands of voters will mistake one elderly white man for the other.” Clearly, Sanders, Biden, and Trump are more alike than different.

Exclusive: In a Devastated Town, Bernie Sanders Explains His Plan for a Climate Change Revolution Mother Jones. I don’t know what’s gotten into Mother Jones; this actually puts Sanders in a good light.

Trump Clarification Syndrome David Remnick, The New Yorker. “But, as perilous and unnerving as things are, any form of political despair at such a moment remains unforgivable. Despair is a form of self-indulgence, a dodge.” Far be it from me to criticize Remnick’s tenure at the once-great New Yorker. But I would remind him that there are actual, non-brunch-related deaths of despair out in flyover, a topic that he, and his readership, have seemed, and seem remarkably blasé about. Even accepting of.

Not only useful in the context of current discussions at Jackson Hole on monetary vs. fiscal policy, a master class in threading. Grab a cup of coffee, it’s in plain English:

THREAD
We should talk about Functional Finance. Abba Lerner put forward the approach in the 1940s. He explicitly offered it as an alternative to the more timid pump-priming approach expounded by people like Alvin Hansen. Here’s the seminal paper. https://t.co/ycbYTFIWfk pic.twitter.com/1C4ao1QzaS

The Latest Installment In The Saga Of The Medicaid Equal Access Guarantee Health Affairs. Important.

What I Saw on Rounds Made Me Sick MedPage Today. On EHRs, also important.

The Adults In The Room Deadspin. Private equity ghouls gnawing at the bones of Gawker.

How To Delegitimize A Nation Rod Dreher, The American Conservative. A cri de coeur on the 1619 project. Wait until conservatives finally figure out that woke liberals and the left are not the same; conservatives will get woke so fast the hounds won’t catch ’em. For my part, I’m always glad to see the history put out there, but I’m leery of the uses to which it will be put; one can’t help noticing that liberal Democrats started a new moral panic about “white supremacy”/”white nationalism” only after the RussiaGate narrative turned out to be a damp squib, in its own terms and with the electorate. Also, capitalism?

David Koch’s reclusive nephew is next in line to inherit the family legacy, and he may be planning a shift away from conservative politics Business Insider (Re Silc). Chase Koch. What’s his middle name? Manhattan?

Why I went underground and how I am enjoying my subterranean life Cassandra Legacy. Won’t be easy if your house is built on a slab. 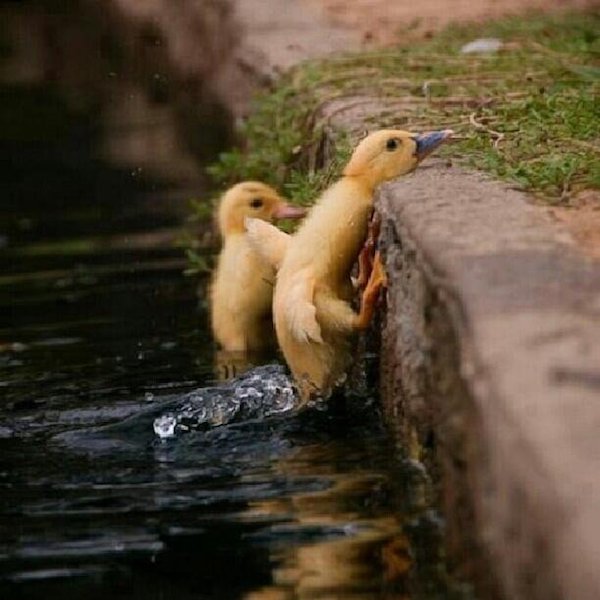 The Oscar for best death or dying by a duck goes to. pic.twitter.com/FK2fs7bM8S