Crowdsourced archaeology shows how humans have influenced Earth for thousands of years Phys.org

What to expect from Boris Johnson RTE

Final sovereignty on Brexit must rest with the people Jeremy Corbyn, Guardian. Via a general election, not a referendum.

Brexit in the Garden Places Journal

India–Pakistan nuclear escalation: where could it lead? Nature

Annexation of Kashmir and India’s nuclear threat The News

A Mass Citizenship Check in India Leaves 2 Million People in Limbo New York Times. And then there are the Rohingya, another stateless people. And when the waters rise, the Bangladeshis.

Hunger for concrete eats away at mountains Agence France Presse

Water Wars: A Song of Oil and Fire Lawfare

Protesters Are Using Old Tools in New Ways (cf.) and If we burn, you burn with us Bloomberg. We ran the latter article two weeks ago, but I’m re-upping it because it’s still germane.

Fire and Tear Gas as Hong Kong Engulfed by Chaos Agence France Presse. “Chaos” in the headline is lazy, but the article is pretty granular.

Bravery and Nihilism on the Streets of Hong Kong The New Yorker. Dunno about “nihilism.” I’ve been tagged with the label plenty of times by liberal Democrats because I rejected TINA.

Well, so much for filial piety:

Shanghai initiates the "Time Bank" as an effort to promote voluntary care for seniors. Volunteers receive requests for help through WeChat app, with the duty time being recorded to exchange for services they need later in life. pic.twitter.com/cbl5VBAINr

Not to mention socialism. Granted, such an app might be an improvement over that we have in the United States.

China, U.S. kick off new round of tariffs on each other’s goods Reuters

The Trump Narrative and the Next Recession Robert Shiller, Project Syndicate

The Oddest and Most Awkward Diplomatic Posting in the World Bloomberg. Deck: ” For months, envoys to Venezuela shunned Maduro for Guaido. Now they are — uncomfortably — flipping back to Maduro.”

How Sarah Schulman managed to get ‘Pinkwashing’ into the New York Times Mondoweiss (CL). And a young editor learns an important lesson.

What You Need To Know About U.S. Election Security And Voting Machines NPR. “Some experts fear that without a paper record for a person’s ballot.” It remains an article of faith in the political class that paper provides a record of the “ballot.” No. Paper must be the ballot, and be hand-marked, and hand-counted, because digital is hackable, by definition.

Five Reasons for Workers to Celebrate This Labor Day Truthout

Los Angeles invites doggos to swim in their public pools on Labor Day Boing Boing. No.

I really need to relax this Labor Day weekend, so I'm already chilling a bottle of something special in the fridge. It's Xanax.

‘I don’t know why you’re freaking out,’ a 911 dispatcher told a woman minutes before she drowned The New Yorker (KW).

Sacklers could hold on to most of personal fortune in proposed Purdue settlement WaPo. Well, surely they should lose something to which they are greatly attached.

Elon Musk and Jack Ma agree: The biggest problem the world will face is population collapse CNBC. Everything’s going according to plan!

How a Trump Tax Break to Help Poor Communities Became a Windfall for the Rich NYT (jerryb).

If You’re Over 50, Chances Are the Decision to Leave a Job Won’t be Yours Pro Publica 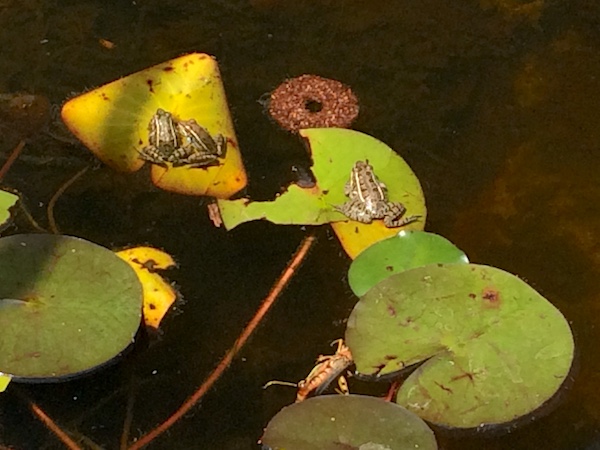