This is Naked Capitalism fundraising week. 1672 donors have already invested in our efforts to combat corruption and predatory conduct, particularly in the financial realm. Please join us and participate via our donation page, which shows how to give via check, credit card, debit card, or PayPal. Read about why we’re doing this fundraiser and what we’ve accomplished in the last year, and our current goal, more original reporting..

John Hume on the end of the Unionist veto in Ulster LRB. From 1989, still germane.

American Exceptionalism And The Myth Of Abandoned Victory LobeLog

What China’s May 4th Movement can tell us about Hong Kong protests: listen to the people Hong Kong Free Press

Clock ticking on Hong Kong luxury store closures if protests continue – it could end up like a third-tier city in China, LVMH executive says SCMP

Trump said he made the ‘biggest deal ever’ with China for farmers, but a written resolution to the trade war is still a long way off Business Insider

China makes few concessions in trade truce with US FT

Army deployed in Ecuador as protests descend into violence Guardian

Peru’s Leader More Popular Than Ever After Shutting Congress Bloomberg

Everything on Display Russian in Global Affairs. “The White House’s decision to release the transcript of the telephone conversation the U.S. and Ukrainian presidents held in September 2019, albeit with the former’s consent, creates a precedent with far-reaching consequences.”

What Happened in the Trump Impeachment Inquiry This Week NYT

The Impeachment Loophole No One’s Talking About Washingtonian

What, Exactly, Is Tulsi Gabbard Up To? NYT. An especially crude hit piece.

Ukrainian Oligarch Victor Pinchuk Is Putting His Money On Joe Biden For President At $40,000 Per Month – That’s $3,000 More Per Month Than Burisma Was Paying Hunter Biden Dances With Bears

Bill Gates Met With Jeffrey Epstein Many Times, Despite His Past NYT. “Two members of Mr. Gates’s inner circle — Boris Nikolic and Melanie Walker — were close to Mr. Epstein and at times functioned as intermediaries between the two men.” Nothing to see here!

Treated Like Meat: Women in Meatpacking Say #MeToo In These Times

‘I Have Rights:’ How Undocumented Laborers Are Exploited During Disaster Recovery Gizmodo

‘I don’t think they know we exist’ WaPo

Out of Time Lapham’s Quarterly 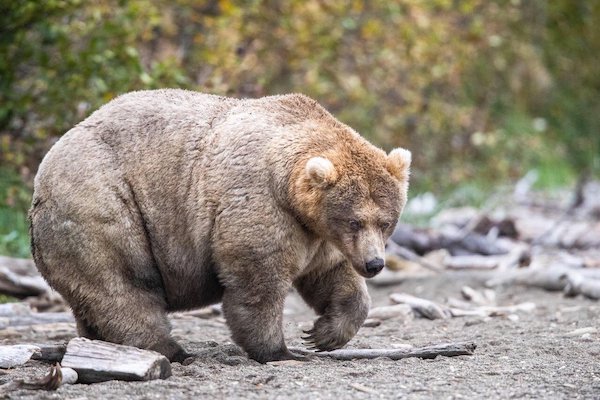 From the United States Department of the Interior: “Holly takes the salmon cake and is the fabulous champion of #FatBearWeek!”

Watch carefully: you'll see the accelerometer in the back of the cabin register zero g when the plane goes in free fall https://t.co/ev4yZZACAa #SundayFun pic.twitter.com/h4MRC4pPj1

Who do you identify with?