Shelter cat put in solitary confinement for ‘repeatedly’ letting other cats out The Mirror. Good kitty!

His 22-pound cat was too fat to fly. So he called in an understudy. Seattle Times

As usual, you have to read half way through to find out what’s really being proposed by Google, in terms of a product or service offer. The answer to which is “nothing”.

“Our approach is going to be to partner deeply with banks and the financial system,” Caesar Sengupta, Google’s general manager of payments [said]”

Apart from a splitting an infinitive, what does “partner deeply” mean from a product or service proposition? So Google offers, potentially, a native-level (kernel level software stack) integration into Android. Assuming the competition authorities — especially in the EU — don’t show it a red card and insist on it being un-bundled. But even if it is deemed permissible, every bank offers an app to access its own interface to their back-end systems. The marginal increase in convenience that a customer of an existing bank gets through not having to, oh, the arduousness of it, download an app from Google Play is offset by handing over whatever data Google sees fit to pilfer from you. Maybe people were trusting enough not to smell something bad about this 10 years ago. Not now.

Why the US economy isn’t as competitive or free as you think Martin Wolf, FT and Why is American internet access so much more expensive than the rest of the world? The Verge

Gougers ‘R’ Us: How Private Equity Is Gobbling Up Medical Care The American Conservative. “This article was supported by the Ewing Marion Kauffman Foundation.”

Do You Know Who Owns Your Debt? GQ (UserFriendly).

Unrest at French universities after student sets himself alight over debts Guardian (Re Silc).

From Iraq to Chile, the people are rising up against neoliberalism Middle East Eye

Hong Kong Protest Photos: Tear Gas and Fires on a Day of Campus Clashes NYT. Including The Chinese University of Hong Kong (CUHK). The Times misses the story, badly:

#HongKong Internet eXchange is in #CUHK .#HKIX connect ISPs in Hong Kong… 99% internet interaction in Hong Kong goes through the centre, and HKIX acts as Hong Kong’s network backbone. According to CloudFlare…https://t.co/5ezj1a9AvV https://t.co/vAIhcGXRxy

The Hong Kong Protesters Aren’t Driven by Hope The Atlantic. “China may have wanted to make an example out of [Xinjiang], but the lesson Hong Kongers took was in the other direction—resist with all your might, because if you lose once, there will be a catastrophe for your people, and the world will ignore it.”

Evolution of a protestor: resistance as an ‘occupation’ – “We must turn our grief into action.” We Are HKers. Interesting on the protesters’ support structure.

Narrowing options in Jammu and Kashmir The Hindu

In Ukraine, Volodymyr Zelenskiy must tread carefully or may end up facing another Maidan uprising The Conversation. Fiona, we’re gonna need you to get right on this, first thing Friday morning.

What happened in Bolivia? Was there a coup? Systemic Alternatives v. Bolivia: The Extreme Right Takes Advantage of a Popular Uprising Toward Freedom

NACLA Statement on the Coup in Bolivia: In Solidarity with Bolivians Resisting Military Intervention and Right-Wing Violence NACLA

On Capitol Hill, Old-School Washington Keeps Circus at Bay NYT. Wait. The dude in the floppy bow tie who thinks Ukraine is Valley Forge isn’t one of the clowns?

Trump vs. the ‘Policy Community’ Andrew McCarthy, The National Review

Not ‘intelligence’: Mystery professor Joseph Mifsud appears to turn up in new audio claiming to be a ‘networker’ Washington Examiner. It’s very odd that Mifsud has never been interviewed (and doesn’t seem to be seeking a book deal). “Mystery professor” is a fair description.

Boeing abandons its failed fuselage robots on the 777X, handing the job back to machinists Seattle Times. Maybe Boeing won’t be able to crapify the 777 after all.

Google’s former CEO just committed another $1 billion to charity. But he’s spending it on buzzwords. Recode. The deck: “Schmidt could save an estimated 240,000 lives instead.”

Minnesota school threw out hot meals of students with over $15 lunch debt, then apologized NBC

United States should make a massive investment in AI, top Senate Democrat says Science. Schumer proposes new subsidies for the California oligarch branch of the Democrat donor class. Clue stick, Chuck: Silicon Valley can handle bezzles all on its own, with no help from big gummint. 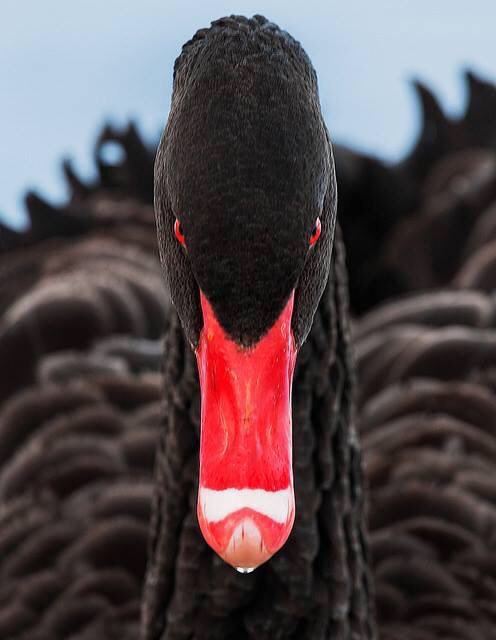