How to Organize Your Friends and Family on Thanksgiving Jacobin. Chuck L was very keen about this piece, but I have to confess hate it. It’s another face of the DCCC piece dispensing Thanksgiving talking points. While the article has very valuable suggestions about how to engage with people whose views differ from yours, the idea that Thanksgiving (and by implication any family/social gathering) should be used for electioneering is a turnoff. These days should be for doing the best you can to have a good time or at least not a bad time, not selling, even a soft sell.

UN: The world has backed itself into a treacherous corner on climate change Vox (Troy P)

Aluminum Casting a Vehicle Gear Using Sand Mold YouTube. Up only five days and nearly a half a million views. Resilc: “Poster boy for right to repair.”

Antibiotic-Resistant Fungi Are a Growing Health Threat Undark (guurst). More of these warnings. Stay out of hospitals if at all possible. But would probably help to identify the 13 states where these infections have occurred.

China and football YouTube. PlutoniumKun: “A nice, short explanatory clip about the (possible) Chinese government link with football and investments in China (shorter version – they are using club purchases as a means of establishing links for broader investments).”

If true (it may be off, as it’s still not a per-constituency poll, but a stratified regression, so misses local issues), Labour in general, and Corbyn in particular, are a toast. This could turn into Corbyn’s equivalent of Blair’s Iraq war – something that he would never be forgiven for by a large chunk of voters, especially if Brexit turns into a disaster (equivalent to “we can’t find any WMD here. doh”).

TBH, I would shed no tears for Corbyn, but I’m afraid that a number of Labour policies that are genuinely helpful would be parked for quite some time as Corbynite and thus gone for foreseeable future.

Aufruhr im DIW – Kritik an Präsident Marcel Fratzscher wächst Handelsblatt. Apparently a huge deal in Germany. This position is way more important than, say, the head of NBER, and it’s unheard of anyone in this sort of role to be challenged this way. Apparently fake left v. real right, but still….

So it’s been left to a German journalist to do our “watchdog media” job, translated here. https://t.co/Oxoo9LteCF

How depressing is it that Fox News (1 article, 1 TV segment) has done more coverage of whistleblowers accusing OPCW of suppressing evidence — under US pressure — in a Syria chemical weapons probe than @democracynow? (zero coverage, not even a mention) (https://t.co/pv4gzlD2LB).

The US trail of the man whose security firm spied on Julian Assange El Pais. Troy P:

I don’t quite know what to make of the last paragraph. “On November 22, 2018, several months after UC Global had stopped providing its services at the embassy, Morales asked his employees whether they had any records of visits by Paul Manafort in 2013, 2015 and 2016.”

Remember that 5 days later on November 27, 2018 the Guardian published the story about Paul Manafort meeting Julian Assange in 2013, 2015 and 2016? https://www.theguardian.com/us-news/2018/nov/27/manafort-held-secret-talks-with-assange-in-ecuadorian-embassy

Who asked Morales about Manafort? The Guardian writers or some intelligence agency? It’s just curious.

World War T: How Fox News gave Trump a “war on Thanksgiving” | Media Matters (furzy). This is Media Matters. However, how long has Trump been President…..yet it’s clear that he loves winding people up by saying nutty or provocative or creepy or coded bigoted stuff, and the more attention he gets, the more it encourages him. If one must react, laughing at him is better than getting irate or going into scold mode.

The Press Should Not Be Shielding FBI Malfeasance Consortium News. Chuck L:

The Post article, as well as articles in The New York Times, at CNN, and in other outlets, downplayed the behavior as having had “no effect” on the FBI’s surveillance of Page, ignoring the fact that tampering with a federal document is a felony. That’s consistent with the Justice Department’s own policy of protecting their own while wrecking the lives of those who have the guts to stand up to them.

It’s Way Too Easy to Get a .gov Domain Name Krebs on Security (Robert M)

Cuomo says ‘design-build’ will save the MTA money. New research says otherwise New York Daily News. Per our resident construction expert bob: “Design-build is a recipe for fraud. One firm can get paid for messing up the design, and then paid more for fixing it in construction.”

Yet another CLO being marketed with higher limits for the riskiest loans. This one will be able to hold up to 20% of its portfolio in CCC-rated loans because that's just where we are in the cycle. Other deals have already been marketed with 25%-50% (Typical CCC limits are 7.5%)

Since the 2008 financial crash, the world has witnessed an unprecedented outbreak of social unrest in every major continent. Beginning with the birth of the Occupy movement and the Arab Spring, the eruption of civil disorder continues to wreak havoc unpredictably from Greece to Ukraine, from China to Thailand, from Brazil to Turkey, and beyond. Yet while policymakers and media observers have raced to keep up with events, they have largely missed the biophysical triggers of this new age of unrest – the end of the age of cheap fossil fuels, and its multiplying consequences for the Earth’s climate, industrial food production, and economic growth. This book for the first time develops an empirically-ground theoretical model of the complex interaction between biophysical processes and geopolitical crises, demonstrated through the analysis of a wide range of detailed case studies of historic, concurrent and probable state failures in the Middle East, Northwest Africa, South and Southeast Asia, Europe and North America. Geopolitical crises across these regions, Ahmed argues, are being driven by the proliferation of climate, food and economic crises which have at their root the common denominator of a fundamental and permanent disruption in the energy basis of industrial civilization.

These Judges Can Have Less Training Than Barbers but Still Decide Thousands of Cases Each Year ProPublica (Chris, UserFriendly). Nominated for “Guillotine Watch” but that’s limited to Versailles-level excess.

People who rent accounts and cars from Uber drivers do so in most cases because they lack a driver’s license, would likely fail a background check or can’t afford a car, said Harry Campbell, a former Uber driver and author of the Rideshare Guy blog. “Usually the reasons are nefarious,” he said.

The ‘crisis of capitalism’ is not the one Europeans think it is Branko Milanović, Guardian (Stephen M). Important.

Antidote du jour (CV). This may be his almost pet bunny that visits for snacks: 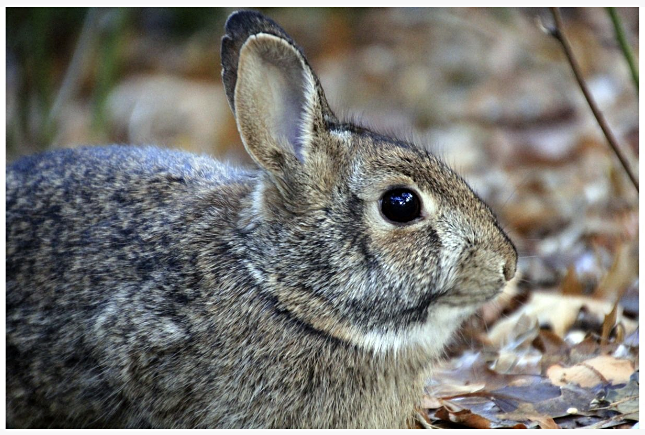