Is It Imperialist to “Green” the Military? The New Republic (re Silc).

Corbyn reveals secret documents that ‘confirm Tory plot to sell off NHS in US trade talks with Trump’ Independent. Selling off the NHS for parts is “on the table,” even if the Americans put it there.

The Contract on Corbyn Haaretz

The lessons of Grenfell Unherd. See the latest on Grenfell at NC here.

Thucydides Goes to Washington: an interview with Michael Doran about US Grand Strategy in the Middle East Fathom. Conservative realpolitik. The headline is deceptive; Doran does not use Kagans so-called ‘Thucydides Trap’ as an analytical tool.”

No Social Media, Full Data Access to Cops: Kashmir Internet to Come With 6 Conditions The Wire

What were voters in Hong Kong district council elections saying? They are mostly fed up – and the opposition is fuelled by anger South China Morning Post.

Dozens of people are lining the pavement of Pedder Street for yet another lunchtime protest in the business heart of #Central. #hongkongprotests pic.twitter.com/6LUzxETORl

There are multiple signs of strain in China’s financial system right now.

Lambert here: Yves has been saying the real systemic risk is in China and Eurobanks but since everything is still too tightly coupled, big enough trouble would blow back to the US.

China’s Growing High-End Military Drone Force The Diplomat. Interesting, but does remind me of the breathless milpr0n-like coverage of the USSR’s weapons systems. Big black-and-white photos in Life magazine, back when there was a Life magazine. And black-and-white film. And a USSR. Plus ça change…

Witness testimony and records raise questions about account of Trump’s ‘no quid pro quo’ call WaPo. “No other witness testimony or documents have emerged that corroborate Sondland’s description of a call that day.” Dear Lord, after all the breathless coverage. Can’t anyone here play this game?!

We Wrote a Starr Report! An Account of the Record in L’Affaire Ukrainienne LawFare

SCOTT RITTER: The ‘Whistleblower’ and the Politicization of Intelligence Consortium News

The Real Bombshell of the Impeachment Hearings Ron Paul, Op-Ed News. “According to his testimony, Vindman’s was concerned over ‘influencers promoting a false narrative of Ukraine inconsistent with the consensus views of the interagency.'” You’d almost think that whoever’s running “the interagency” is running the country’s foreign policy, such as it is.

There is widespread concern that Russia and other countries have launched social-media campaigns designed to increase political divisions in the United States. Though a growing number of studies analyze the strategy of such campaigns, it is not yet known how these efforts shaped the political attitudes and behaviors of Americans. We study this question using longitudinal data that describe the attitudes and online behaviors of 1,239 Republican and Democratic Twitter users from late 2017 merged with nonpublic data about the Russian Internet Research Agency (IRA) from Twitter. Using Bayesian regression tree models, we find no evidence that interaction with IRA accounts substantially impacted 6 distinctive measures of political attitudes and behaviors over a 1-mo period. We also find that interaction with IRA accounts were most common among respondents with strong ideological homophily within their Twitter network, high interest in politics, and high frequency of Twitter usage. Together, these findings suggest that Russian trolls might have failed to sow discord because they mostly interacted with those who were already highly polarized.

Maybe, liberal Democrats are unable to show that Russian trolls actually shifted votes in 2016 because — hear me out on this — they didn’t.

That Uplifting Tweet You Just Shared? A Russian Troll Sent It Rolling Stone. See above. So what?

Looking beyond MAX Leeham News and Analysis. The comments are interesting.

Rich People’s Problems: For the love of cash FT. So the cashless society is only for little people? 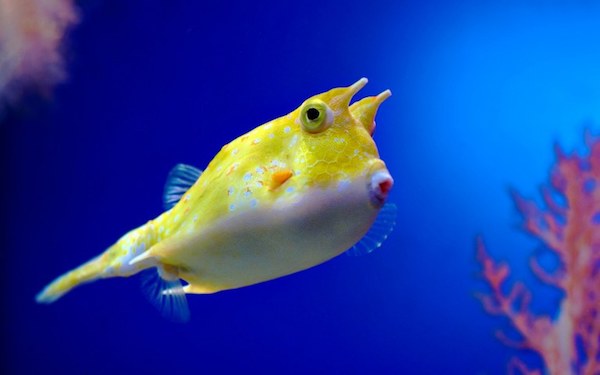