Trudeau and His North Van Climate Minister Are ‘Wrestling’ with a Massive Oilsands Decision Tyee.ca. Leave it in the ground.

What the GOP’s proposed climate policies would, and wouldn’t, do MIT Technology Review (UserFriendly).

Why communist Romania’s endgame has lessons for Iran Politico

Netflix, Iran and the Documentary as Geopolitical Weapon FAIR (UserFriendly).

The Langham Place LEGO store has a huge Mongkok build. Wondering how I can infiltrate it with a mini Hermit and some of these knock-off plastic popo. pic.twitter.com/lpXSxtwAjr

“The President's misconduct cannot be decided at the ballot box, for we cannot be assured that the vote will be fairly won,” lead impeachment manager Rep. Adam Schiff says during his opening statement at the Senate impeachment trial. https://t.co/14mXcvjVzh pic.twitter.com/F2OZhLYx7v

Noam Chomsky Torches Democrats’ Narrow Trump Impeachment: ‘A Tragedy’ That ‘May Send Him Back to Office’ Law and Crime. Pelosi set a precedent by not impeaching Trump over emoluments, just as she set a precedent by not impeaching Bush over Iraq WMDs, warrantless surveillance, or torture. So, the scope of what is impeachable and the hysteria and gaslighting are inversely related?

The FBI Scandal Eli Lake, Commentary. If you want to know why the Mueller investigation was a damp squib, and why Schiff is still trying to leverage RussiaGate, even though nothing about Russia figures in the articles, this is a good starting point.

Pentagon Racks Up $35 Trillion in Accounting Changes in One Year Bloomberg. Impressive.

The Cost of an Incoherent Foreign Policy Foreign Affairs

Sanders, Biden, and the Rewriting of Iraq War History The Intercept

Exclusive: Apple dropped plan for encrypting backups after FBI complained – sources Reuters. So The Cloud is a surveillance tool. Nobody could have predicted…

How Amazon, Geico and Walmart Fund Propaganda Gordon Crovitz, NYT. RT and Sputnik, the horror! Crovitz owns NewsGuard, and is talking his book: “Other sites labeled as unreliable include InfoWars, the Daily Kos, Sputnik, RT, and WikiLeaks.”

An interview with Lula. Part One Brasil Wire 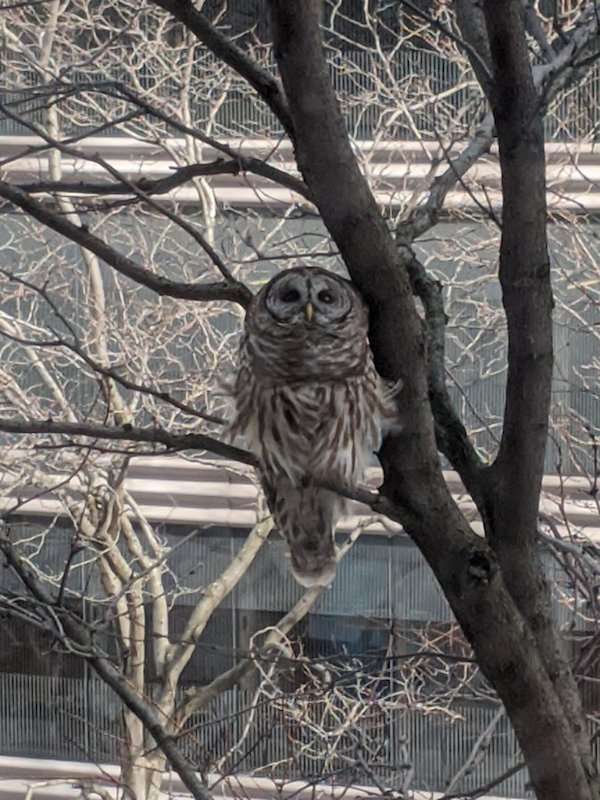 Outside, at the window of the Eastman Reading Garden in the Cleveland Public Library (which will be striking February 4 if there is no agreement today).