The Ride-Hail Utopia That Got Stuck in Traffic WSJ. “Uber and Lyft said they would ease congestion. Instead they made it worse.” Thank you, venture capital.

Cleaning Up the Wreckage Left by Innovation Blooomberg

‘We’ll rip each other apart’ – French minister expects battle in Brexit talks RTE. “Mr Barnier firmly rejected a British suggestion that City of London companies could be given broad, permanent access to EU markets without conditions.” No doubt!

Brexit: roll up for the bloodbaths EU Referendum

Germany’s Conservatives Face a Fight for Their Future Der Spiegel (Re Silc).

China Launches a Crush of Clinical Trials Aimed at Covid-19 Wired. All they need are test kits and protocols….

Here’s what coronavirus does to the body National Geographic

We have the technology:

Is the ‘Axis of Resistance’ in a better or worse position? The Martyr Qassem Soleimani achieves even more than the Major General did Elijah J. Magnier (CL).

The Show Trial of A and B. Kafka comes to The Hague Peter Hitchens, Daily Mail. On the OPCW.

“And in the midst of his $60 billion he says, ‘you know, I used to be mayor, kind of retired now, I know what I’d like to do. I’d like to become POTUS…Well I got news for Mr Bloomberg,and that is the American people are sick and tired of billionaires buying elections” #NVCaucus pic.twitter.com/8aPNIdhwtV

Democrats Plan to Highlight Health Care and Jobs Over Investigating Trump NYT. Lol, 260 days until the election. Why not go for it, impeach Trump twice? Three times, if you count the RussiaGate damp squib.

It is quite remarkable to see how effectively alternative reality is created. Iran is typical, but the successes are far broader. Consider the charge that “China is killing us,” stealing our jobs, joined by “Mexican robbers.” How is China killing us? Did China have a gun to the head of CEO Tim Cook of Apple, ordering him to end the last vestige of production of Apple computers in the U.S.? Or Boeing, or GM, or Microsoft, or any of the others who have shifted production to China? Or were the decisions made by bankers and investors in corporate boardrooms in New York and Chicago? And if the latter, is the solution to wave a fist at China or to change the mode of decision-making in the U.S. — by shifting it to the hands of stakeholders, workers and communities, or at least giving them a substantial role, as democratic theory would suggest? It seems a fairly obvious question. Oddly, it isn’t raised, while the official mantra persists unperturbed.

So Many More People Understand the Meaning of Neoliberalism Today, and That’s a Huge Thing Common Dreams

How Britain Got Its NHS Current Affairs 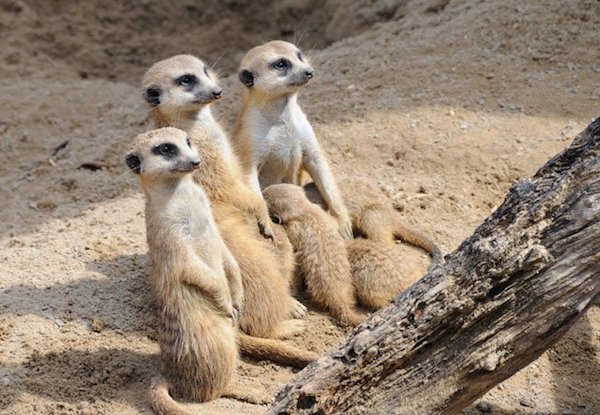 A mongoose pretending to play dead when it encounters an African hornbill. It’s so cute? pic.twitter.com/FgGJflKQ19

I’m not sure how good that mongoose’s acting is, though.