Dear patient readers: Liberation of links will be delayed until Lambert or Yves can get to them. Neither is up much during the day.

The Surprising Role of Whales in Ocean Carbon Capture The Maritme Exective. Before petroleum, there was whale oil….

Quantifying methane emissions from the largest oil-producing basin in the United States from space Science. From the abstract: “Based on satellite measurements from May 2018 to March 2019, Permian methane emissions from oil and natural gas production are estimated to be 2.7 ± 0.5 Tg a−1, representing the largest methane flux ever reported from a U.S. oil/gas-producing region and are more than two times higher than bottom-up inventory-based estimates. This magnitude of emissions is 3.7% of the gross gas extracted in the Permian, i.e., ~60% higher than the national average leakage rate. The high methane leakage rate is likely contributed by extensive venting and flaring, resulting from insufficient infrastructure to process and transport natural gas.”

SARS-Cov-2 RNA Found on Particulate Matter of Bergamo in Northern Italy: First Preliminary Evidence medrXive. ” At the present, no assumptions can be made concerning the correlation between the presence of the virus on PM and COVID-19 outbreak progression.”

What Autopsies Can Reveal about COVID-19 Der Spiegel

A Stanford Professor’s Wife Recruited People For His Coronavirus Study By Claiming It Would Reveal If They Could “Return To Work Without Fear” Buzzfeed. The controversial Santa Clara study.

‘Did I Mess This Up?’ A Father Dying From Coronavirus, a Distraught Daughter and a Midnight Rescue. Frontline

The pandemic at sea WaPo. Good reporting, but I’d still like to see aggregated reporting closer to the various ground zeros in the United States: international airports like SEA, SFO, LAX, JFK, EWR, etc. “The Pandemic in the Air,” as it were.

Is the developing world sleepwalking into disaster? RTE. Good round-up.

Editorial: Who do we save from coronavirus and who do we let die? Take wealth, race and disability out of that brutal equation Los Angeles Times

Test performance evaluation of SARS-CoV-2 serological assays (PDF) The COVID-19 Testing Project. From the abstract: “Our evaluation showed heterogeneous assay performance.” NYT summarizes: “Of the 14 tests, only three delivered consistently reliable results. Even the best had some flaws.”

Coronavirus chokes the drug trade — from Wuhan, through Mexico and onto U.S. streets LA Times

U.S. reels toward meat shortage; world may be next Portland Press-Herald

Got coronavirus? You may get a surprise medical bill, too NBC. Shocker.

Trump says briefings ‘not worth the effort’ amid fallout from disinfectant comments Guardian. Trump has been pretty much “not a step back” guy, so this is an interesting straw in the wind.

US stays away as world leaders agree action on Covid-19 vaccine Guardian (WHO press release).

The coronavirus crisis is way worse than feared Axios

March, April, May: City’s Mood Darkens as Crisis Feels Endless NYT. “A near-doubling of reports of loud televisions in the past five weeks compared with the same period last year, from 400 to 794, suggests an I’ve-had-enough drawing of lines.” I should perhaps refrain from being judge-y, as an introvert who already works from home and just had to add a few tweaks to an already obsessive daily routine, but get a grip, people! The Siege of Leningrad this is not.

It was my job to call people whose Covid-19 tests were positive. That taught me a lot about medicine, the law, and society STAT

Coronavirus: Why going without physical touch is so hard BBC

We’re in a golden age of TV re-runs. Soon they’ll be the only thing on CNN. Great metaphor…

I built myself a proud parent. It charges me 25¢ for a pat on the shoulder. pic.twitter.com/YMvBkzzuVa

Also peak neoliberalism? And/or a harbinger of the Jackpot?

‘Noriega Hotel will not reopen,’ signaling the end of Bakersfield as we know it The Bakersfield Californian

Saudi Arabia bans flogging as form of punishment Independent. I hate to imagine how that will affect tourism.

Coronavirus: think the worst is over for China’s economy? Not so fast South China Morning Post

Bags on their heads, fear in their hearts People’s Archive of Rural India

Reinventing Agriculture in the Time of COVID-19 The Wire

The right wing Media Research Center posted this video not long after I posted the transcript, which means they were sitting on it, waiting, and this was coming out whether The Intercept broke it or not.. https://t.co/bbwYkPmYEy

Bernie Sanders Says the Struggle Must Continue Through 2020 Election and Coronavirus Relief (interview) Teen Vogue. Movie recommendtion from Sanders: Into the Storm. (There are several “Storm” movies; this is the one about Churchill.)

Do you know a good submarine-maker? The Economist. Yachts are passé. “These days it’s all about being a middle-aged man in aeronautical-grade aluminium.” 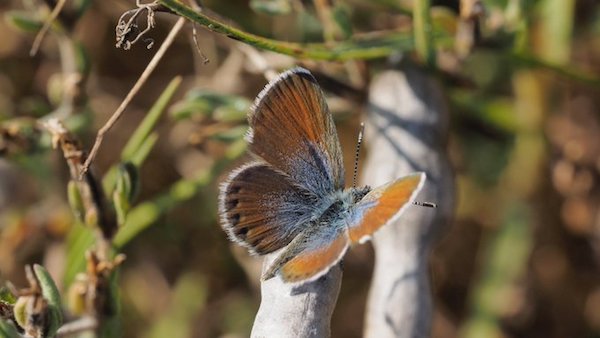