Why I’m Not Worried About America’s Trillion-Dollar Deficits Stephanie Kelton, NYT. “Politics aside, the only economic constraints currency-issuing states face are inflation and the availability of labor and other material resources in the real economy.”

Making a Planet Worth Saving Biill McKibben, The New Yorker. Of 350.org. Another view of NGOs:

Characteristics and outcomes of pregnant women admitted to hospital with confirmed SARS-CoV-2 infection in UK: national population based cohort study BMJ. Conclusion: “Most pregnant women admitted to hospital with SARS-CoV-2 infection were in the late second or third trimester, supporting guidance for continued social distancing measures in later pregnancy. Most had good outcomes, and transmission of SARS-CoV-2 to infants was uncommon. The high proportion of women from black or minority ethnic groups admitted with infection needs urgent investigation and explanation.”

Convalescent Plasma: A COVID-19 Treatment Speeds to Clinical Trials Public Health. From Johns Hopkins. “For the last decade, [Arturo] Casadevall [(Johns Hopkins)], [Michael] Joyner [(Mayo Clinic)], and a small cadre of like-minded colleagues had been pushing for the U.S. to spend more money on broad, one-size-fits-all public health measures rather than investing so much in personalized medicine. Convalescent plasma fit right in with this ethos. It was cheap and low tech, and it didn’t require months of innovation that the world simply didn’t have.” Readable and important.

SARS-CoV-2 Infections and Serologic Responses from a Sample of U.S. Navy Service Members — USS Theodore Roosevelt, April 2020 CDC. “Among a convenience sample of 382 young adult U.S. service members aboard an aircraft carrier experiencing a COVID-19 outbreak, 60% had reactive antibodies, and 59% of those also had neutralizing antibodies at the time of specimen collection. One fifth of infected participants reported no symptoms.”

Detection dogs as a help in the detection of COVID-19 Can the dog alert on COVID-19 positive persons by sniffing axillary sweat samples? Proof-of-concept study (preprint) bioRxiv. “We conclude that there is a very high evidence that the armpits sweat odour of COVID-19+ persons is different, and that dogs can detect a person infected by the SARS-CoV-2 virus.”

Locking down too late but ending lockdown too early Mainly Macro. “The idea that we have to lift the lockdown for the sake of the economy is the new austerity.”

After COVID-19, Can China Still Become ‘Moderately Prosperous’? The Diplomat

Cutting the Lines to the South 38 North

Europe, Russia and Attitudes Towards the ‘New Cold War’ Between US and China Valdai Discussion Club

Part Three: The schizoid world of a Soviet anti-communist propagandist Yasha Levine, Immigrants as a Weapon

George Floyd and Derek Chauvin “bumped heads” while working at nightclub, former coworker says CBS. The personal is the political…

How Racial Disparity Does Not Help Make Sense of Patterns of Police Violence Adolph Reed, Nonsite.org

Dust in the Light Stratechery. Recommended by Mark Blyth.

5 Key Lessons To Take Home From The First #BlackBirdersWeek All About Birders (Ignacio).

The Siege of the Third Precinct in Minneapolis Crimethinc. Learning from Hong Kong?

Zipties, zipties, zipties.
When you're making a barricade, lash all the things together instead of just lining them up across the street. You can easily push aside one plastic barrier or section of fencing, but 10 tied together can create a much more effective barrier. ??#CHAZ pic.twitter.com/CL6k9bwWOM

A Glimpse Into Lawlessness The American Conservative

How The Antifa Fantasy Spread In Small Towns Across The U.S. Buzzfeed News

He Tweeted That He Was the Leader Of Antifa. Then the Fbi Asked Him to Be an Informant. The Intercept

‘This has to stop,’ appeals court says in siding with family of West Virginia man killed by police CNN

Baltimore’s ‘Squeegee Boys’: ‘If We Don’t Go Out, We Don’t Eat’ KHN

If it ain’t broke: You share your oldest working gadgets BBC 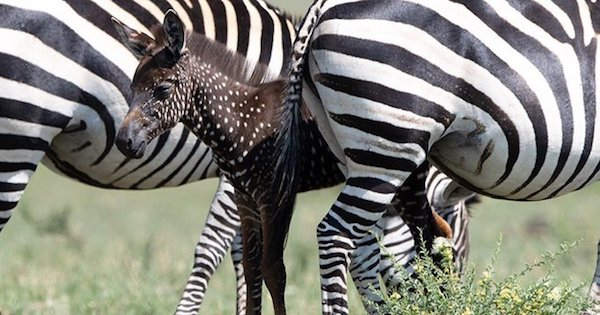