How to Raise an Environmentalist Yes!

Did they even hang bears? London Review of Books. Wha made the Vikings tick.

What to Stream: “Alexandria: Again and Forever,” a Masterpiece Hiding on Netflix New Yorker.  I spied this review as I was compiling today’s links and will watch the film after I upload my post for today. My brain is turning to mush during this lockdown; I need to get some more mental stimulus.

Taken at the flood Times Literary Supplement. Hurricane Katrina, fifteen years on. I remember being riveted to the TV in an Istanbul hotel room, mesmerised by an awful disaster and ineffectual response that appears quaint a mere 15 years later.

“Helpless Means You Can’t Do Anything. There’s a Lot We Can Do.” Der Spiegel

Miss Manners: Here’s the email I sent to explain why I hid from my guests Mercury News. I cop  to being an agony aunt addict. Well, not so much so as to seek them out, but enough so I rarely skip over their columns if I spot them during my reading of a dead tree paper.

Only Medicare For All Can Beat Covid Counterpunch

What to Know About Covid-19 and Frozen Foods Gizmodo

Monopolization as a Challenge for Both Parties American Compass. Matt Stoller.

Even With a Strong Crop This Year, U.S. Farmers Are Suffering WSJ

If you’re so smart, why aren’t you rich? Turns out it’s just chance. MIT Technology Review

It may have nearly been forgotten – but Syria’s war is not over Independent. Robert Fisk.

Could Russia side with the US and India against China? SCMP

Cornering the Kiranas economic Times. I read this piece in a Sunday a.m. edition of the dead tree paper. Interesting for what it says about India’s kiranas, e.g, small Mom and Pop stores, resisting the blandishments of the technofix fairy, here tying to solve a non-existent problem. Worth either trying to see if there is w ay around the paywall – maybe registration? – or paying for the content. Although it’s trying to do so, Amazon has yet to bulldoze its way through the Indian small retail sector.

Fort Modi is impregnable despite China, Covid, job losses. Only one leader can defeat him The Print

Carter Page: ‘I was a pawn in the Democrat crusade to bring down Trump’ New York Post. I’m of an age and sensibility that I reflexively distrust things that appear in the Post. And yes, I am well aware I should apply that skepticism to all that I read. Still, with the caveat that to link is not necessarily to endorse, I offer this up to the commentariat to chew over.

Battered by Democrats, Trump fires back against ‘total anarchy, madness and chaos’ Reuters

Aaron Coleman, the 19-Year-Old Progressive Who Won His Kansas Primary, Speaks About His Troubled Past and Promising Present Intercept. Glenn Greenwald.

Antidote du Jour (via): The photo is a bit deceptive, given I expect readers will view it in the current California context. It’s an image of a controlled burn in Kazirango National Park (Assam, India) and one of the winners in this year’s Bird Photographer of the Year (BPOTY award). 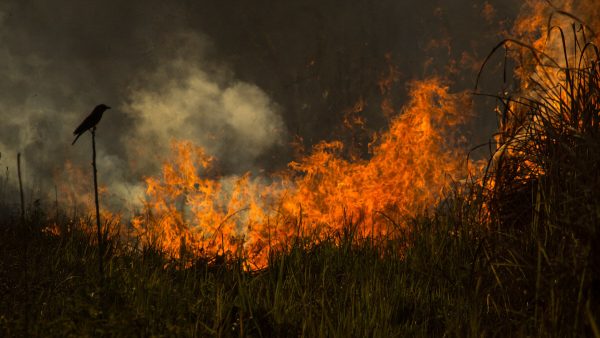 And a bonus antidote (via):