Employment recovery in the wake of the COVID-19 pandemic Monthly Labor Review. Worth reading in full. Handy chart: 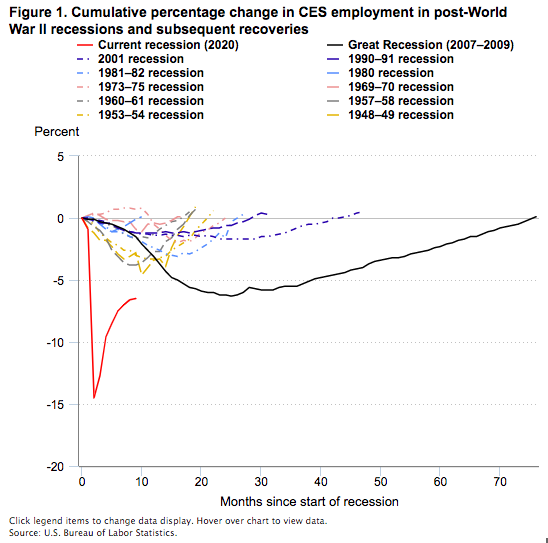 Looks V-shaped, though I bet disaggregation would show a K. All other things being equal, it looks like we’re topping out at a level equal to the depths of Obama’s recesssion in 2009, as shown by the famous “scariest jobs chart ever.”

In a year of pain, one silver lining: fewer mass shootings AP. Most American headline ever.

The SEC’s “token” enforcement action against Ripple for XRP Francine McKenna, The Dig

Efficacy and Safety of the mRNA-1273 SARS-CoV-2 Vaccine NEJM. Moderna. For grins, I downloaded the PDF and checked out the internal reference to the protocol: 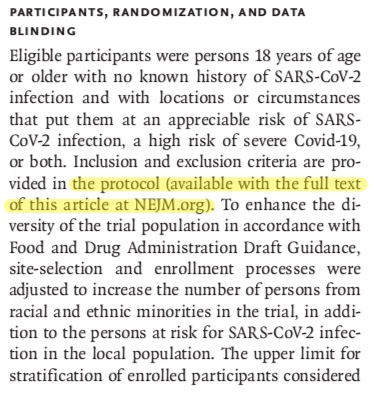 Progress (one might almost think somebody at NEJM reads NC; here and here). Of course, the URL should be hot-linked in the PDF, and NEJM should simply include the Supplementary Material in the downloadable version of the PDF, because — follow me closely, here — more bits cost almost nothing, unlike more paper. But progress. Unfortunately, the editorial accompanying the article, which IM Doc assures us is essential and to be read first, is paywalled. From NEJM on their Coronavirus (Covid-19) page: “All Journal content related to the Covid-19 pandemic is freely available.” So which is it?

Are we going to have a year of this nonsense? (Sent apparently to 22+ million people, thanks @reuters). Nobody is claiming strong protection in just a few days post-vaccination, plus even 95% efficacy means occasional positives. Will they all become pointless, global headlines? pic.twitter.com/PZtV6eLEbl

Our 21st century version of “If it bleeds, it leads.” To be fair, there’s rather a lot of bleeding about.

Latest CDC vaccine distribution and administration numbers are out.

20.9% of the doses distributed have been administered.

‘No vaccine should be kept in reserve:’ State officials pushing for quicker shot administration to healthcare workers, Texans over 65 KBMT. The logic would seem to be that the reserve is kept for the second shot, if Texas hospitals are thinking like the UK.

Mandating COVID-19 Vaccines JAMA. “Mandates may be useful in the future, but their implementation among any population that does not widely support vaccination could be counterproductive. The purpose of risk communication is to inform decision-making, respecting individual choice. Mandates fundamentally alter this dynamic by overriding personal autonomy. Furthermore, although employers, health care, and educational institutions can monitor conformance with mandates, there are no clear mechanisms to enforce population-wide vaccination requirements.”

The U.K. Coronavirus Mutation Is Worrying but Not Terrifying Scientific American. An alternative, less sanguine discussion of which is more dangerous: Increased fatalities or increased transmissibility:

That said, if I had a nickel for every time I’ve read “terrifying” in a headline from the U.S. press in 2020 — and remember, editors write the headlines, so these are conscious choices to shape coverage — I’d be a wealthy man. While fear is adaptive, obviously, I would urge that the constant invocation of terror is numbing, and may even (assuming good faith) produce effects opposite to that intended: Carpe diem quam minimum credula postero (for example) on the one hand, or hypervigilance on the other.

A pandemic atlas: How COVID-19 took over the world in 2020 AP. Useful country summaries.

Where Year Two of the Pandemic Will Take Us The Atlantic

Winner of 2020’s new kanji contest in Japan: the character 座 (seat), ingeniously redesigned as a neologism for “social distance.”

Note the two 人(person) radicals in the original 座are now positioned farther away from one another!

Gibraltar Braces for Brexit Disarray Without a Spain Accord Bloomberg

How Students Beat the System in 2020 Tribune

There Goes the Neighborhood: What really caused the decline of 18th & Vine Scalawag

How the Police Killed Breonna Taylor NYT. “The Times’s visual investigation team built a 3-D model of the scene and pieced together critical sequences of events to show how poor planning and shoddy police work led to a fatal outcome.” Impressive.

FBI Agent Shot Man On Metro After ‘Verbal Exchange,’ According To Police DCist

Forget the conspiracy theories — here are the real election security lessons of 2020 Politico. My worst nightmare is coming true. The reaction of the political class to Republican bungling and cray cray on election fraud will legitimize digitial voting; note the section on risk limiting audits. Unfortunately, as Philip B. Stark, their inventor explains, using risk-limiting audits is “meaningless” in a jurisdiction that, like Georgia, uses ballot marking devices (BMDs). This objection appears to me to be insuperable:

I believe that a well designed and perfectly functioning BMD can help a voter avoid undervotes and other errors as long as the device is trustworthy. The problem is that no computer can be trusted to be running the software it is supposed to be running, nor can any software be trusted to be bug-free, especially in a high-stakes “critical infrastructure” role such as recording and tabulating votes…. BMDs have all the security and configuration vulnerabilities of the direct-recording electronic (DRE) devices currently used in Georgia.

This is especially important when the device’s code cannot be checked becuase it is proprietary. But now because of the horns effect, Trump’s RussiaGate is causing years of careful work by voting activists to be filed under “CT” and wiped out. Well done, all.

Into the Unknown Region Ecosophia.  “The corporate media and the scientific establishment in general have nailed what little remains of their fraying credibility to these vaccines. A great many people no longer believe anything that the authorities say about health care, and they have good reason for their disbelief—do I really have to remind anyone of the way that Barack Obama insisted that the ACA would make health insurance prices go down, and of course you’ll be able to keep your doctor and your existing plan? If one of the current crop of coronavirus vaccines turns out to have harmful or fatal side effects, the massive crisis of confidence in establishment science and medicine that has been building for decades now may just go kinetic—metaphorically or otherwise. But we simply don’t know.”

Carpe diem should be the name of the app:

Some terrible people built a whole app for finding and promoting COVID-unsafe large, indoor house parties and they’re using TikTok to market it to millions of ppl. pic.twitter.com/zYhBiFH4vR

What pandemic? Luxury home sales in Texas topped $10 billion despite COVID. Here’s why Fort Worth Star-Telegram. Sure, pandemics are bad, but what do we replace them with?

Living and Dying in America in 2021 Anne Case and Angus Deaton, Project Syndicate

How the pandemic is worsening inequality FT

I think there is, pace Yasha Levine, local politics. It may not be recognizable as “politics,” may not be covered by our famously free press, and will certainly not be aggregated so we can see the scale. 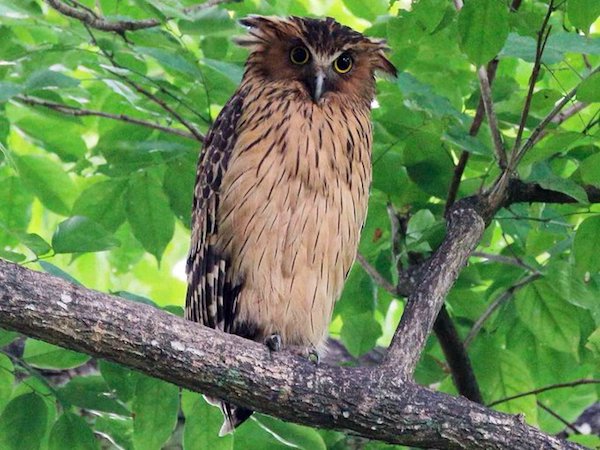 The Owl of Minerva looks quizzical. The Penguins of Minerva, on the other hand:

The lighter penguin is an elderly female whose partner died this year. The darker one is a younger male who lost his partner two years ago. Biologists have followed them as they meet every night to comfort each other. They stand for hours together watching the lights in Melbourne pic.twitter.com/VC5jOFGwYs