Patient readers, since I was derelict on Friday, here is a “skeleton” Water Cooler to make up for it. To explain my “confusion” a little further, I have a schedule that spans not only time zones but the International Dateline, because I have friends on the other side of the world. Hence, concepts like “day of the week” are a little hazy for me, and I tend to think more in counts, as in “Now I have done five Water Coolers, so I am done.” But as readers know, my counting skills are weak, and so occasionally, as last Friday, I slip a cog, as I think has happened once before. I also want to keep this light because I must finish a ginormous post on class composition of the Capitol Hill rioters. Talk amongst yourselves! –lambert

I feel I’m engaging in a macabre form of tape-watching, because I don’t think the peak is coming in the next days, or even weeks. Is the virus gathering itself for another leap? 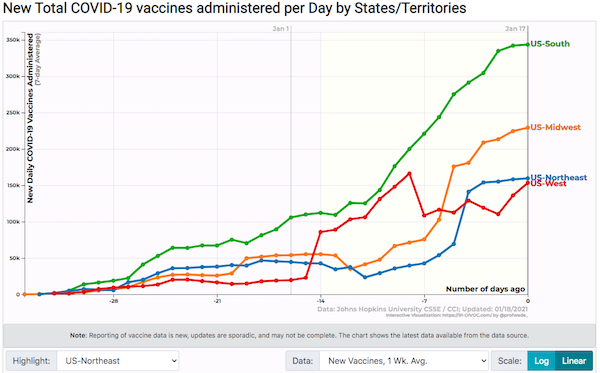 The South is the national champion for vaccination, but all regions have levelled off. I suppose an appointment is hard to get over a three-day weekend? 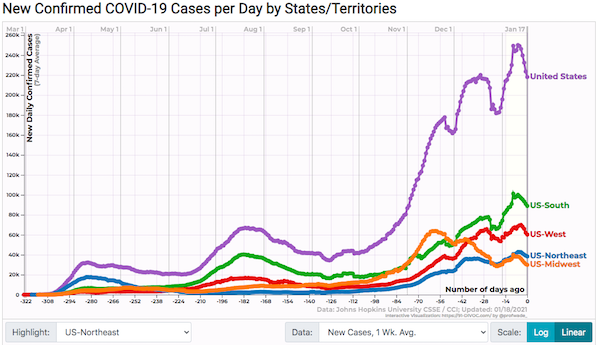 An enormous drop, which I can only assume is a data issue due to the three-day weekend. But holy moley, the drop is as big as for Christmas! 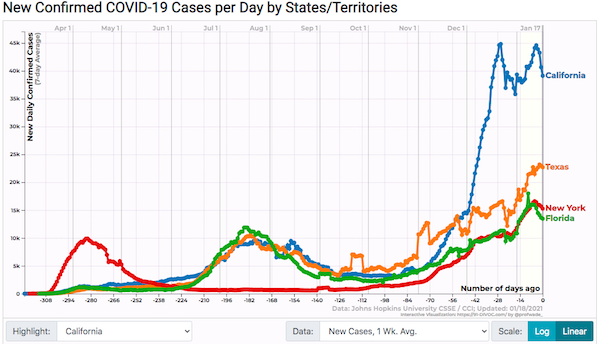 California seems to have flattened out. Texas does celebrate Martin Luther King Day. 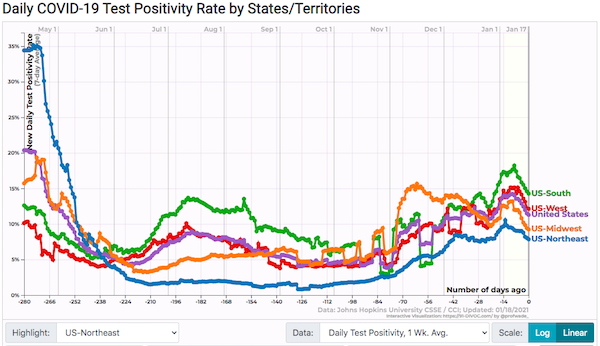 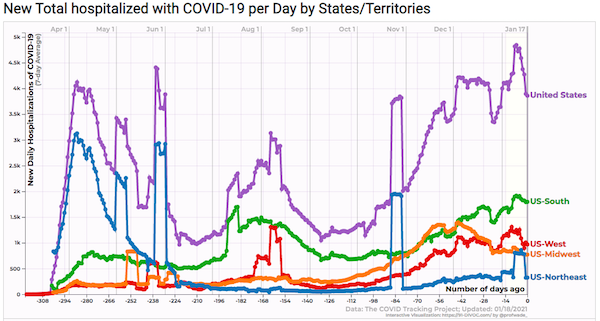 Another enormous drop. Hospitalization is discretionary; they may also be reducing their admissions rate — relative to cases we cannot see in this data! — to preserve future capacity; or because hospitals have figured out how to send people home. 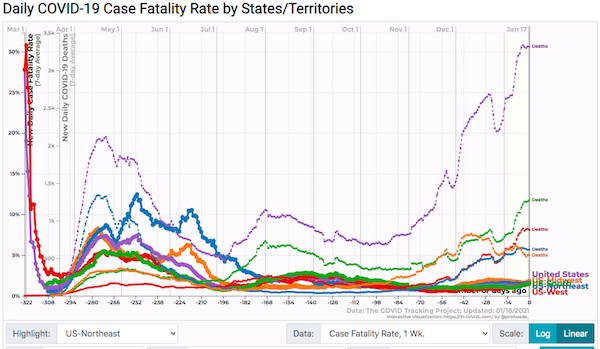 Fatality rate looking a little better, though still not as good as two months ago.

And speaking of our new-found love for the FBI:

"Anti-war protesters and civil rights leaders were added to Hoover's list…These people were enemies of the state, and in particular MLK was an enemy of the state. And Hoover aimed to watch over them."

As you root for and help the FBI, guess who its DC HQ is still named after? pic.twitter.com/dtpjwvjhVp

Readers, feel free to contact me at lambert [UNDERSCORE] strether [DOT] corrente [AT] yahoo [DOT] com, with (a) links, and even better (b) sources I should curate regularly, (c) how to send me a check if you are allergic to PayPal, and (d) to find out how to send me images of plants. Vegetables are fine! Fungi and coral are deemed to be honorary plants! If you want your handle to appear as a credit, please place it at the start of your mail in parentheses: (thus). Otherwise, I will anonymize by using your initials. See the previous Water Cooler (with plant) here. Today’s plant (CK): 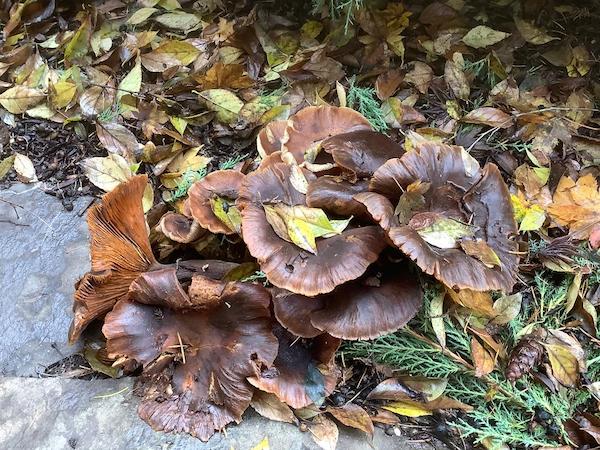 CK writes: “These enormous fungi appeared along our front path this year. The smaller of the two is rather camouflaged by all the fallen leaves of the same color.”