Why Animals Don’t Get Lost The New Yorker

The Suez Grounding Was an Accident. The Next Blocked Chokepoint Might Not Be. Defense One (Re Silc).

Though the study is an impressive piece of evidence of the effectiveness of the Moderna and Pfizer vaccines, some public-health experts pushed back on Walensky’s pandemic-changing takeaway. “There cannot be any daylight between what the research shows — really impressive but incomplete protection — and how it is described,” Dr. Peter Bach, director of the Center for Health Policy and Outcomes at Memorial Sloan Kettering Cancer Center, told the New York Times on Thursday. “This opens the door to the skeptics who think the government is sugarcoating the science,” Bach added, “and completely undermines any remaining argument why people should keep wearing masks after being vaccinated.”

Even the Centers for Disease Control hedged on Walensky’s claims. “Dr. Walensky spoke broadly during this interview,” a CDC spokesperson told the Times. “It’s possible that some people who are fully vaccinated could get Covid-19. The evidence isn’t clear whether they can spread the virus to others. We are continuing to evaluate the evidence.”

“Spoke broadly.” Are you [family blogging] kidding me? Rejecting the (not entirely unwarranted) hypothesis that Walensky is stupid and/or incompetent, she spoke as she did to generate the headlines that were in fact generated, and which is all most people read. A Noble Liar, just like Fauci. If anything goes badly wrong with one of the vaccines, these bozos — weeping, or not — will bring down not only the public health care system, but PMC credibility generally (not such a good thing, if you need experts in degrees in Bubblegum and Baling Wire to manage a system that is, in fact, held together with bubblegum and baling wire). It’s madness. (I also expect much better of New York Magazine. And no, “suggests’ doesn’t cut it.)

BNT162b2 Vaccination in People Over 80 Years of Age Induces Strong Humoral Immune Responses with Cross Neutralisation of P.1 Brazilian Variant (preprint) The Lancet. Interpretation: “These data demonstrate that the mRNA vaccine platform delivers strong humoral immunity in people up to 96 years of age and retains broad efficacy against the P.1 Variant of Concern.” n =100.

Coronavirus: Pfizer jab ‘stopping 91% of cases in first six months’ BBC. “[T]he crucial question of how long the protection from the vaccine lasts remains unanswered.” Since we have no data after six months, yes. Has it really been six months?

History of AstraZenaca, a thread:

That promise was broken. The Gates Foundation pushed the racist lie that poor people can't make safe vaccines – despite world-leading production facilities in the Global South – and convinced the university to sell exclusive rights to Astrazeneca.https://t.co/EEdch3x9ze

ONS survey data out today- looking at the pandemic by age paints a heterogenous picture. We appear to be having two different pandemics- one accelerating among young children since schools re-opened, alongside declines in older age groups possibly due to vaccination/lockdown 🧵 pic.twitter.com/N3PLTYc69X

Are We Much Too Timid in the Way We Fight Covid-19? Ezra Klein, NYT. “One problem is no one, on either side of this debate, really knows what will and won’t destroy public trust.” Perhaps we’ll find out.

The Antiscience Movement Is Escalating, Going Global and Killing Thousands Scientific American. Fund a lot of citizen science under “Build Back Better,” and problem solved.

Myanmar parallel parliament raises stakes in fight for ethnic support Nikkei Asian Review. Well worth a read. Key sentence: “Min Aung Hlaing [junta chief] and the [State Administration Council] do not have a clear territorial base. The junta enjoys modest support among the security forces and some economic elites but nowhere are their supporters in the majority.” If the “ethnic armed groups” (i.e., proto states) can get their heads around the Franklin’s (apocryphal) statement that “We must, indeed, all hang together or, most assuredly, we shall all hang separately,” then Federalism in Myanmar might have a chance. Perhaps the Tatmadaw’s behavior is concentrating their minds.

Too many fires for comfort (1):

A fire broke out in Nant Tha Ward, Pyigyidagun Township, Mandalay at around 5 am today (Apr 1). It started from an overheated electrical equipment and affected 130 households. Residents said a shelter has been set up at the local religious community hall. #WhatsHappeningInMyanmar pic.twitter.com/2s7zpL2Kkb

Too many fires for comfort (2):

Fire incidents happened in Ruby Mart and Gandamar Whole Sale 2AM this morning.
Reportedly, Firemen and police came to the scene since the fire started.
Ppl are also wondering who started the fire during the curfew(8PM-4AM).
📸crd #Apr1Coup#WhatsHappeningInMyanmar pic.twitter.com/tldqYIoMSa

The fire next time?

Now do timber, rubies, and jade. More on the Chinese pipeline:

As Chinese pipeline has become newsworthy again am posting link to the excellent documentary film on it “Across” made 2015 by Myanmar filmmakers Phyo Zayar Kyaw, Pyae Zaw Phyo, Kaung Sint. This is a shortened 60 min version of the 90 minute film. Link 👉https://t.co/l1oisTKR4k pic.twitter.com/4zenoTrEQk

Vengeance is served with a jackhammer or death metal: South Koreans strike back at noisy neighbors LA Times

Values over vaccines? The story of COVID jab diplomacy in Eastern Europe Euronews

White House moves to reshape role of US capitalism The HIll. About time.

The “Root Cause” of Central American Migration Is Broken U.S. Policies The New Republic (Re Silc: “I have seen this time and time again over my career, not even looking at history before me. USA USA wiped out small local farmers by dumping pl480 corn for decades. Supporting the right wing elites over land reformers for decades goes without saying.”

The Strange New Doctrine of the Republican Party David Frum, The Atlantic. Strangely parallel to the liberal Democrat embrace of censorship.

I’ve Been Sleeping With A Shovel Under The Bed Defector. In politics, AITA?

The Pandemic Is Undoing the World’s Populists Bloomberg

SF school board member Alison Collins sues district, colleagues over response to her tweets San Francisco. It’s almost like identity politics was designed to set people at each other’s throats. At this point, one remembers that “intersectionality” was devised by a lawyer…

Is OBAMA now cancelled? Latino activists oppose Chicago suburb naming school after Barack and Michelle because ex-president was ‘the deporter-in-chief’ Daily Mail. Apparently, Obama destroying a generation of Black wealth with his foreclosure policies does not merit cancellation. It’s a funny old world….

Why we are concerned about Georgia’s new election law Brad Smith, Microsoft (dk).

Chauvin should have ended force against Floyd, after he was cuffed and on the ground, supervisor said NBC

‘It smelled like pain and regret’: inside the world of competitive hot chilli eaters Guardian (Re Silc).

The Perishable Past Patrick Wyman

We build upon the Minskyan concepts of ‘thwarting mechanisms’ and ‘supercycles’ to develop a framework for the analysis of the dynamic evolutionary interactions between macrofinancial, institutional and political processes. Thwarting mechanisms are institutional structures that aim to stabilise the macrofinancial system. The effectiveness of such structures changes over time, creating a secular cyclical pattern in capitalism: the supercycle. We develop a macrofinancial stability index and identify two supercycles in the postwar period, which we label the industrial and financial globalisation supercycle respectively…. sThe supercycles framework can be used to explain and anticipate macroeconomic, financial and thus political developments, and moves beyond conventional approaches in which such developments are treated as exogenous shocks. 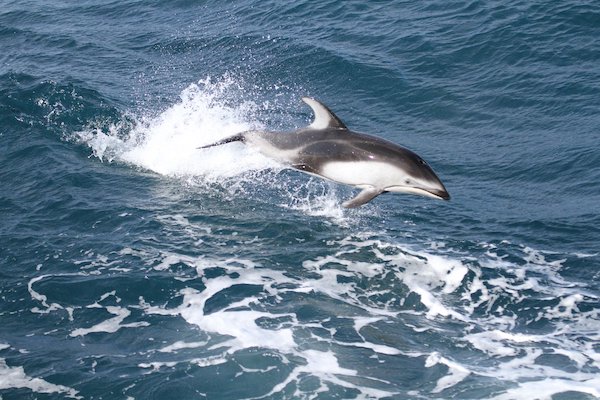 ON THE MOVE: "Super pod" of dolphins spotted off the Southern California coast, gracefully swimming alongside a whale watching boat. https://t.co/w6KsO4Xk8O pic.twitter.com/MOKGNae4Mj