Gunda: a wordless 90-minute animal movie of mind-blowing ordinariness – and a work of genius Guardian

Should masks be worn outdoors? British Medical Journal. A debate, worth reading in full.

Widespread SARS-CoV-2 Transmission Among Attendees at a Large Motorcycle Rally and their Contacts, 30 US Jurisdictions, August–September, 2020 (PDF) Clinical Infectious Diseases. Sturgis. Conclusions: “These findings highlight the risk of COVID-19 transmission associated with a mass gathering event that resulted in preventable illness, hospitalizations, and at least one reported death across multiple jurisdictions. The Sturgis Rally had many characteristics of a superspreading event: large crowds, high intensity of contact between people, potential for highly infectious individuals traveling from hotspots, and events in poorly ventilated indoor environments.” Also, the data is absolutely terrible.

Researchers are closing in on long covid The Economist (Furzy Mouse).

Why some people don’t experience vaccine side-effects, and why it’s not a problem The Conversation (nvl).

* * *
Novel sublineage within B.1.1.1 currently expanding in Peru and Chile, with a convergent deletion in the ORF1a gene (Δ3675-3677) and a novel deletion in the Spike gene (Δ246-252, G75V, T76I, L452Q, F490S, T859N) (not peer reviewed) Virological (Expat2uruguay). C.37. From the Summary: “C.37 Initially reported in Lima, Peru, in late December, [C.37] now accounts for 50 of 105 (47.6%) genomes in Lima between January 1 and March 18. Further RT-qPCR screening for VOCs [Variants of Concern] suggests that it is widespread in other regions of Peru. It is also expanding in Chile and has been reported in Argentina, Australia, Brazil, Ecuador, Germany, Spain, the UK, and the US.”
* * *
SARS-CoV-2 elimination, not mitigation, creates best outcomes for health, the economy, and civil liberties The Lancet

Flu Has Disappeared Worldwide during the COVID Pandemic Scientific American

No One Is Saving Myanmar The Atlantic. Except (most of) the people who live there. One hopes. “A senior official at one of Myanmar’s largest banks, who asked not to be named for security reasons, told me he fears that the economy cannot be saved. There is, he said, ‘no confidence in the government … They have lost not only the people but also their f*cking minds.’ He added, ‘Sooner or later, it will go kaput.'” Meanwhile, in the Karens:

#Myanmar major #ethnic armed group @knuhq staked claim/planted its #Karen #KNU flag on site where they captured/took over on April 26 Myanmar #military outpost (pics below) on hill opposite #Thailand. Military had occupied that site for more than 20 years #WhatsHappeningInMyanmar https://t.co/b4bz1DZ3Am pic.twitter.com/msxrFhjyMX

Despite ASEAN consensus, military abuses continue around the country Myanmar Now. Not even a little child would believe an ASEAN consensus could affect Myanmar’s “internal affairs.”

Information suppression in Myanmar Radio Free Asia [snort of derision]. As the Tatmadaw strangles the Internet, we are getting fewer organic videos and images, and more material from NGOs, color revolution stans, and now the opponents of those entities.

‘We are witnessing a crime against humanity’: Arundhati Roy on India’s Covid catastrophe Guardian (km).

The unmaking of India FT

What Europe Must Do Project Syndicate

Anvisa (Brazil’s drug regulator) just held a press conference on Sputnik V, including responding to the developers’ allegations about their assessment & decision. You can see it here https://t.co/5fvkTJR2hD Live-tweeted (in Portuguese) by @jasonptodd https://t.co/HchLG0a8sX ..1/n

Watchdog: US aid to Venezuela driven by more than just need AP

OnPolitics: ‘America is ready for a takeoff’ USA Today

By the numbers: How do 100 days of Biden and Trump (and Obama) compare? NBC

Biden Erased Decades of Historic Crimes in His Speech to Congress Siraj Hashmi, Glenn Greenwald. The deck: “Biden’s claim that the Capitol Riot was the ‘worst attack on our democracy since the Civil War’ is ahistorical garbage.”

White House ready to grind through next pandemic steps: ‘Every 1% from here on out will represent incredible progress’ CNN. They’re only now just figuring this out?

‘Everybody Is a Target Right Now’ Chronicle of Higher Education. “Concerned, he emailed his work account from a personal account, and received the following auto-reply: ‘Daniel Pollack-Pelzner is no longer an employee of Linfield University.’ And that’s how Pollack-Pelzner, a tenured professor of English, found out that he had been fired from the university where he’d worked for more than a decade.”

America’s Military Risks Losing Its Edge Michelle Flournoy, Foreign Affairs. Of WestExec. “U.S. warfighting concepts can no longer rely on attrition-based warfare—the notion that the side that can inflict the greater losses in personnel and materiel will prevail, which has long shaped U.S. war planning.”

Everything Is Illuminated Badly Fluorescents were terrible. But LEDs can drive you insane. New York Magazine.

The Rise of ‘Woke Capital’ Is Nothing to Celebrate Elizabeth Bruenig, New York Times.

Empire of Pain — the story of the Sacklers and OxyContin FT. Yes, Harvard still has a Sackler Museum.

Why garden? – Attitudes and the perceived health benefits of home gardening Cities Journal 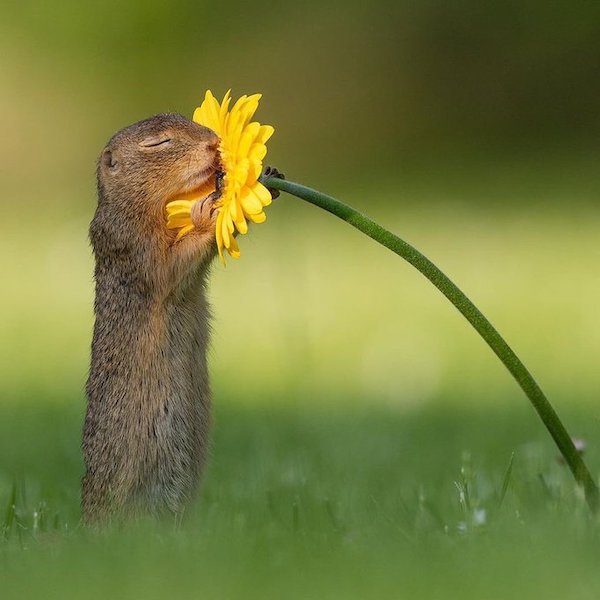