Big big thanks to Lambert and Jerri for doing extra duty, between my hip surgery, post surgery PT (a continuing time sink!) and my mother being hospitalized for 3 weeks (the original hospital and then her rehab facility, which was also an actual hospital). By virtue of getting her into a decent facility, she’s now functioning a tad better than when she pneumonia. I still am digging myself out from under administrativa backlog but it’s less overwhelming than it was.

There’s also some catch-up in Links today….items that still seem germane that were published a few days back.

The Unmaking of Biblical Womanhood New Yorker (furzy). More interesting than you might assume.

And a Biblical mini-musical interlude. It was a special project of songs of women in the Bible by Lanny Meyers and Simone Wells (who I know under her non-performance name). I have the CD with all the songs.

Stirring the Embers of Faith Commonweal Magazine. Anthony L: “I like Graham Greene (He is great paired with Gore Vidal).”

Forget morality aeno. Aargh. I have two simple reasons for disagreeing. One is the notion of revulsion, that some acts are so horrid (like eating your children) that everyone recoils from them. Second is that every social animal species exhibits cheating behavior, which in turn often leads to altruistic punishment. I personally waste more time and energy than I should on altruistic punishment and applaud others who do too.

Huh? FDA has to do at least a statistical review. Implies no approved boosters until late Sept when models say Delta infections will hit a nasty high level by mid Oct. The call need for boosters and the rapid spread of Delta were known a while back. The claimed advantage of mRNA technology was that you could whip up a new vaccine in a week. So what happened?

Plus preliminary work suggests single-shot boosters achieve only about half the level of antibody response as the original shots. See this report from GM via e-mail:

The data from 3 booster studies — Moderna, AZ, and probably Novavax too (though they presented it in a weird way) showed that the B.1.351 booster only upped neutralization against B.1.351 to less than half of what it is against WT [wild type].

One would have to assume something similar for B.1.617.2 as the null hypothesis.

Were the companies looking at two shots (v. the one they appear to have decided upon? The Sept timetable sure suggests a one shot regime)? Trying to come up with a more potent single jab booster?

The tweet above explains why getting Covid is not a hot idea. Nevertheless:

New large study of mRNA vaccine effectiveness for people with prior Covid
"Among those vaccinated with BNT162b2, protection against infection was further enhanced and infection incidence was further reduced by prior infection"https://t.co/P3c18iASrq pic.twitter.com/jyUqu8eTKK

HEALTH | A German study says 40% of people infected with #COVID19 don't know it. And #LongCOVID symptoms may go unidentified.https://t.co/kuUElhsk8t

The Pandemic Cliff Is a Manufactured Crisis New Republic

Short version: EU & UK have to work together and Consent doesn't solve the situation

There is one hypothesis that is not considered in Fintan's article. That a section of the Tory Party/DUP wants to collapse the Good Friday Agreement, crash the devolved administration, and see the return of a hard border. Never underestimate Tory stupidity https://t.co/VGxW2gIqUS

On the Failings of Political Philosophy Irrusianality (Anthony L)

US combat forces to leave Iraq by end of year BBC

‘It Failed Miserably’: After Wargaming Loss, Joint Chiefs Are Overhauling How the US Military Will Fight Defense One (RH)

This is no ordinary spying. Our most intimate selves are now exposed Guardian. Whoa, look at what Pegasus cost!

Pegasus, Pandemics, and the Normalization of Surveillance Plebity (Mark W)

Senators scramble to save infrastructure deal The Hill

‘You’re such a pain in the neck’: Biden snaps at NBC News reporter Kelly O’Donnell for asking about the VA’s vaccine mandate during his meeting with Iraqi PM in the Oval Office Daily Mail

Road warriors: American trucks and SUVs are now longer than the tanks that fought in World War II Daily Mail (BC)

Antidote du jour. Jim D: “Old couple adopted a Russian girl.” Moi: My first cat was a regular old cat (his mother was a tabby) who looked just like a Russian Blue. And no subtle markings like this cutie (whose eye color is remarkably close to her coat color): 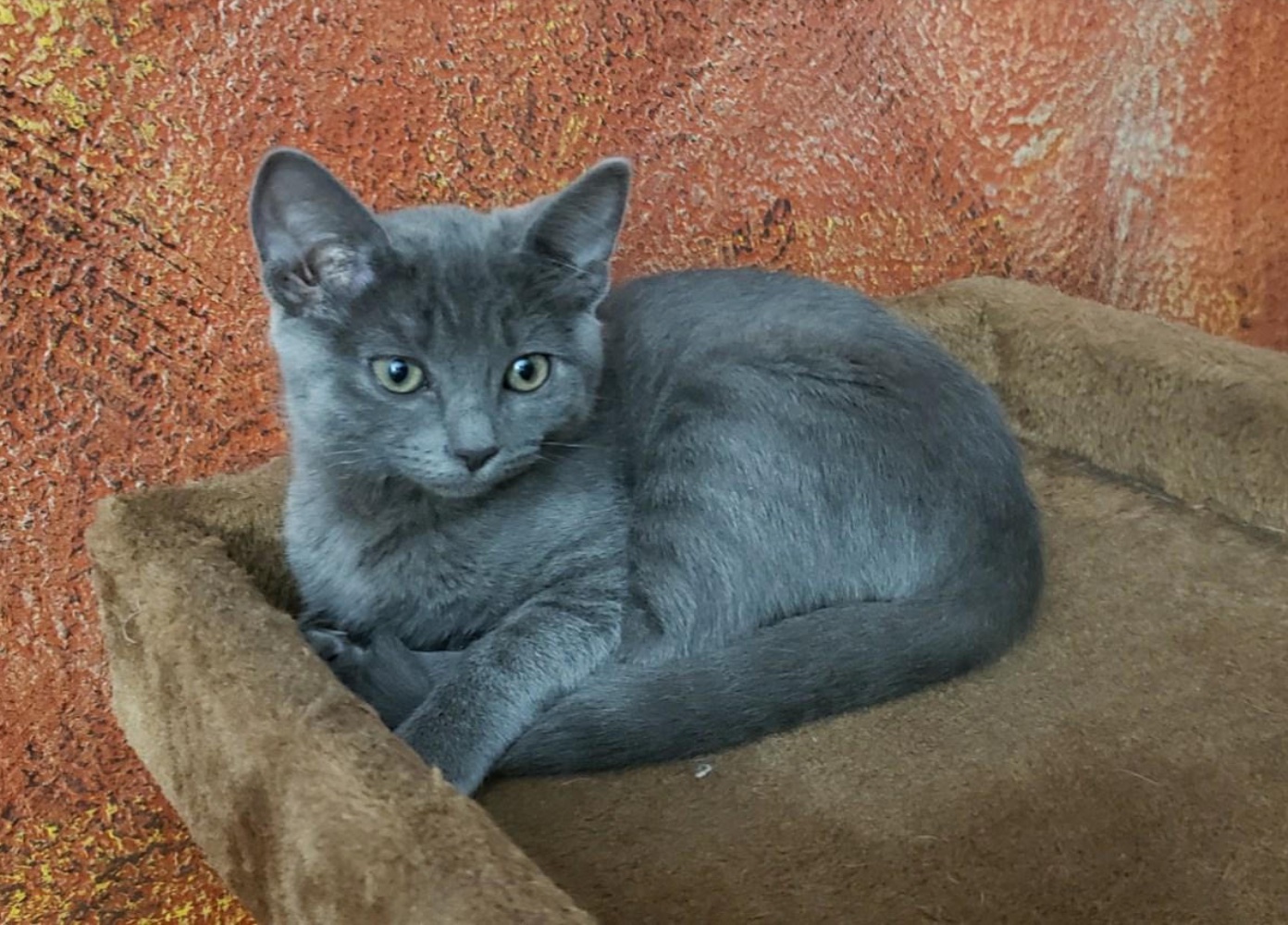 I am going to watch this video of a happy koala mommy yawning and her baby for the rest of my life. pic.twitter.com/jwZioX4ZwM

In France, a beautiful 15-year-old stallion named Peyo often comes to comfort and soothe terminal patients at the Techer Hospital in Calais. The horse chooses which patient he wants to see, kicking his hoof outside the door pic.twitter.com/e81GG7Ly8w