The impact of SARS-CoV-2 vaccination on Alpha and Delta variant transmission medRxiv.n = 51,798. From the Abstract: “We performed a retrospective observational cohort study of contacts of SARS-CoV-2-infected index cases using contact testing data from England…. Vaccination reduces transmission of Delta, but by less than the Alpha variant. The impact of vaccination decreased over time. Factors other than PCR-measured viral load are important in vaccine-associated transmission reductions. Booster vaccinations may help control transmission together with preventing infections.”

We’re Already Barreling Toward the Next Pandemic The Atlantic. Well worth a read.

After Aukus, the Quad’s quiet resolve gives China much to think about South China Morning Post

The Lockdown is Lifted Vietnam Weekly. For Ho Chi Minh city. But the provinces differ.

After meeting Biden and Harris in the US, Modi discovers that the Sword of Democracy is double-edged The Scroll

Women Don’t Want to Do It, Men Don’t Have Anyone to Do It with The Blue Roof

The Country That Makes Breakfast for the World Is Plagued by Fire, Frost and Drought Bloomberg. Brazil.

Pelosi delays infrastructure vote as Democrats struggle to reach deal Politico. At this point, the “deal” — this deal, the previous deal having been retraded by “moderate” Democrats — is a proxy struggle not only for control of the Democrat Party, but over the role of government. That battle will still go on, deal or no deal. Based on past performance, however, it’s remarkable that Lucy and the Football has finally failed to work with “progressive” Democrats. To me, it looks like a lot of Democrats have reached a breaking point with machine politics as Pelosi and the Democrat gerontocracy conceives it, since not all the “No” votes on the BIF are from the (increasingly large) progressive caucus. Son of Brexit? Meanwhile, AFL-CIO, never missing an opportunity to miss an opportunity, hops into bed with the “moderates”:

The AFL-CIO urges members of the United States House of Representatives to vote for the bipartisan Infrastructure Investment and and Jobs Act (#IIJA) when it comes to the House floor this week.

Biden’s signature reforms jeopardised by Democratic infighting FT. The FT wrote a “Democrats in disarray” story, but see above.

Alito says recent Supreme Court decisions aren’t the work of ‘a dangerous cabal’ NBC. If you’ve got to say it….

Why is CNN doing PR for a Middle Eastern dictatorship? Responsible Statecraft

Pompeo: Sources for Yahoo News WikiLeaks report ‘should all be prosecuted’ Yahoo News. So the story is true… .

Woman charged for crying during surgery Boing Boing (Re Silc). Includes an image of the bill, with an $11.00 charge for 96127, “Brief Emotion”:

According to a Mentegram article titled, “CPT Code 96127: How to Increase Revenue with This NEW Behavioral or Emotional Assessment” CPT Code 96127 “is a code that may be used to report brief behavioral or emotional assessments for reimbursement” and “may be billed four times for each patient per visit, utilizing four different instruments or assessments. So not only will clinicians have more efficient practices by utilizing these screenings, but they can also use them to build revenue.” The article concludes with “Can you see how this missed income can really add up?”

On upcoding and the Direct Contracting Entity Business model designed to privatize Medicare, see here. It’s beautiful, in its own way. Health care for profit creates a system so vicious you cry when you experience it. Then they bill you for crying. It’s the neoliberal circle of life!

Policy Series 2021-52: The Trump “Legacy” for American Foreign Policy International Security Studies Forum. As with so much, Trump was a catalyst, provoking a long-prepared reaction:

Cunctation may be the only realistic policy with respect to the other issues Biden must face. In the long run the United States is unlikely to overcome the assertiveness of China in geopolitical and economic terms, the resistance of both China and the Soviet Union to human rights, and the global turn to authoritarianism more widely. With respect to international economic and social issues, the major Western nations will all confront throngs of migrants fleeing collapsing or abusive state authority in Central America and the Middle East (the latter of which are more of a European concern); they have already had a hard time facing the global health issues raised by the COVID-19 pandemic; and all them are struggling to institute the collective action needed to mitigate the massive impact of climate change. The harsh truth is that every president inherits a heavily encumbered international situation and must judge what to accept and what to contest. Biden has accepted Germany’s plan to move ahead with the Nord Stream 2 pipeline from Russia as a “fait-accompli,” even though it threatens to further squeeze Ukraine, and will not reduce German dependence on hydrocarbons[1] Despite ritual denials, NATO partners in general have apparently accepted the Russian annexation of Crimea as a fait-accompli. Swallowing the fait-accompli may become the leitmotif of U.S. decline even though acceptable political rhetoric will never allow it to be confessed openly.

Word of the day: Cunctation. Bonus points for getting “fait accmompli” and “leitmotif” into the same sentence.

Body Horror The Baffler. Well worth a read; gets better as it goes on. 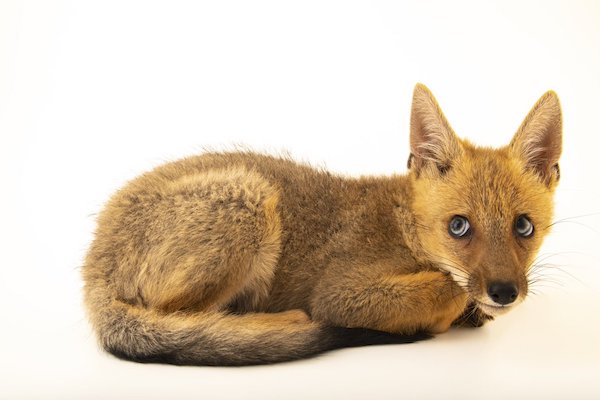 An army veteran takes it upon himself to rid his property of an alligator, using only a wheelie bin and brute strength.

The alligator knows one big thing….