Yves here. Nothing like an unflattering historical reference to frame an update about the state of play between Russia and the US over Ukraine. After all, the US armed services do have a certain fondness for pursuing the sort of ideas a Brit would call unsound way beyond the kicking the tires phase, see for instance, The Men Who Stare at Goats.

Note how the EU, which would suffer the most collateral damage, still does not seem to have a seat at the table despite the Europeans staging parallel talks with Russia and Ukraine. From France24 on January 26:

Advisors to the heads of state of Russia, Ukraine, France and Germany on Wednesday reaffirmed their commitment to uphold a ceasefire in eastern Ukraine after holding talks in Paris. The negotiations to defuse the crisis came as the US and NATO delivered written responses to Moscow’s raft of security demands for the region.

In a joint communiqué released after eight hours of talks in Paris, representatives of Russia, Ukraine, France and Germany supported an “unconditional compliance with the ceasefire… regardless of differences on other issues related to the implementation of the Minsk agreements”.

The Minsk agreement, signed in September 2014, was aimed at stopping the fighting in eastern Ukraine, but failed. However, the four countries that make up the so-called Normandy Format agreed that the accord formed the basis for any future resolution to the conflict.

Interestingly, Times of Israel has a fresh story based on an interview with former CIA analyst, now TV writer and producer Joseph Weisberg. Weisberg was a former Russia hawk, so his current thinking is instructive. He contends that the US tricked Russian with its promised that NATO would not expand further east, and the US has not exhibited any empathy towards Russia, which is understandably touchy about having missiles on its doorsteps. He argues for negotiations and reducing economic sanctions would be more effective than brinksmanship. Weisberg also has very harsh words for what passes as intelligence and espionage.

During the US Army invasion of Morocco and Algeria in 1943, enroute to the invasion of Italy, the Office of Strategic Services (OSS), as the CIA was called then, came up with the donkey turd bomb for destroying the enemy. Since 2014, the CIA has come up with the modern equivalent – it’s called the Ukrainian bomb.  The first was designed to kill Germans. The second is designed to kill Russians. Both of them,   donkey turds and Ukrainians, are failing to hit their mark.

The donkey turd was the name and brainchild of a Harvard professor called Carleton Coon. In designing an American version of an improvised explosive device, Coon said that because  donkey turds were more common on the ground in Morocco than stones, bombs would be more effectively disguised to look like donkey turds.

The US didn’t fight any Germans in Morocco or Algeria. The US invasion promised the Arabs their national sovereignty and independence — — President Franklin Roosevelt was explicit on the point — but that was a calculated deception. The territories were returned to the French. After the US invasions of Italy, then France, the locals were again promised their national sovereignty and independence, but that too was an American deception. The territories were returned to those who accepted the terms of US occupation. They continue in their capitulation to this day, but the terms have been modified according to the American principle of US-directed and managed collective security. The North Atlantic Treaty Alliance (NATO) is the main organisation for implementing this.

The defeated Germans, half of them to start with, retreated back into the territory from which they had come, the western half of Germany that is, between 1946 and 1990. The Soviet Army had defeated the Germans who had invaded the Soviet Union and eastern Europe, and driven them back to the Berlin checkpoint. Until the Soviet terms were modified by Mikhail Gorbachev to accept Soviet withdrawal from eastern Germany, this is the way collective security operated in Europe — two opposing alliance forces confronting each other but deterring an attack from either side.

Gorbachev retreated on the US promise that NATO wouldn’t move forward. It was a promise Gorbachev was a fool to believe. He only had to ask the Moroccans or Algerians whether the Americans keep their promises, and he would have been told they don’t.  He wanted to believe otherwise. His successor Boris Yeltsin was just as ready to believe American deceptions until NATO invaded and bombed Serbia; both Gorbachev and Yeltsin believed they depended on the Americans to keep their power in Moscow.

Vladimir Putin tried to believe the promises until 2014 when the war to advance US occupation to the Russian frontier began in earnest. At that border, there is nowhere but inside Russia for the Russians to retreat to, just as they had when the Germans invaded in 1941. Putin announced there was no retreat in his speech to the Russian officer corps last month.   This marked the end of his accommodations with the advancing NATO forces and US nuclear warheads.

In the line of this advance, the Russian Foreign Ministry proposed two treaties on the principle of indivisible security in Europe.  This principle means that one state cannot, and promises it will not,  increase its military capacities in such a way as to threaten the security of a neighbouring state in the same geopolitical space.   The treaties have also proposed there will be no more donkey turd bombs – no more Ukrainian, Romanian, Polish and other nuclear-armed missiles within close range of Russia’s capital, military command control centres, and land-based nuclear missile bases.

The principle of indivisible security, aka Russian self-defence, now confronts the principle of collective security, aka NATO forward defence, along a red line which runs from the Baltic Sea southward down the eastern Ukrainian border to the Black Sea, to Romania and the other littoral states, including Turkey. On Thursday the US rejected indivisible security, and thus the two draft treaties.  On Friday, at a 90-minute radio interview in Moscow, Foreign Minister Sergei Lavrov explained why the conflict of the two security principles cannot result in a Russian retreat.*

This fight is now the last stand for the American empire in Europe which began with the donkey turd bomb 79 years ago.

The Lavrov text provides a comprehensive guide to what happens next. Read the text in full.  On air, it ran for just under one and a half hours. 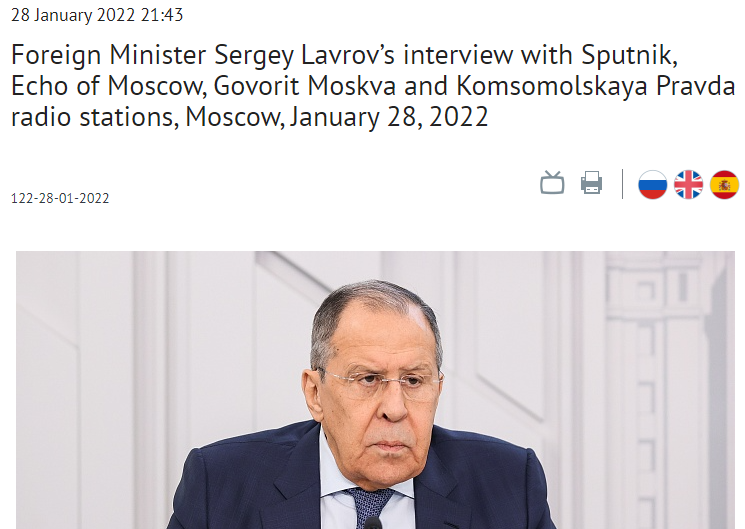 Lavrov left out the timing. “I would like to emphasize that the answer we have received is currently being studied,” he said. “We have already outlined the first estimates!” “Our response will be prepared. Proposals on the response will be reported to the President of Russia, and he will make a decision. We are still working out our line at this stage, including the steps I just mentioned.”

Blinken has announced: “I expect to speak to Foreign Minister Lavrov in the coming days after Moscow has had a chance to read the paper and is ready to discuss next steps.”

The Chinese Olympics start on February 4 and end on February 20; President Putin’s campaign for re-election or succession has begun and concludes in January 2024, before polling day the following March. In this two-year interval, the US campaign of escalating pressure is expected in Moscow to be maintained; the Russian surprise measures in response must preserve the initiative for twenty-four months. In the Kremlin these measures are also political and personal survival measures.

“What will we do if the West does not listen to reason? The President of Russia has already said what”, Lavrov said on Friday. “If our attempts to come to terms on mutually acceptable principles of ensuring security in Europe fail to produce the desired result, we will take response measures. Asked directly what these measures might be, he [Putin] said: they could come in all shapes and sizes. He will make decisions based on the proposals submitted by our military. Naturally, other departments will also take part in drafting these proposals.”

Lavrov has provided the Russian guide to what has been exhausted already, and cannot happen next: 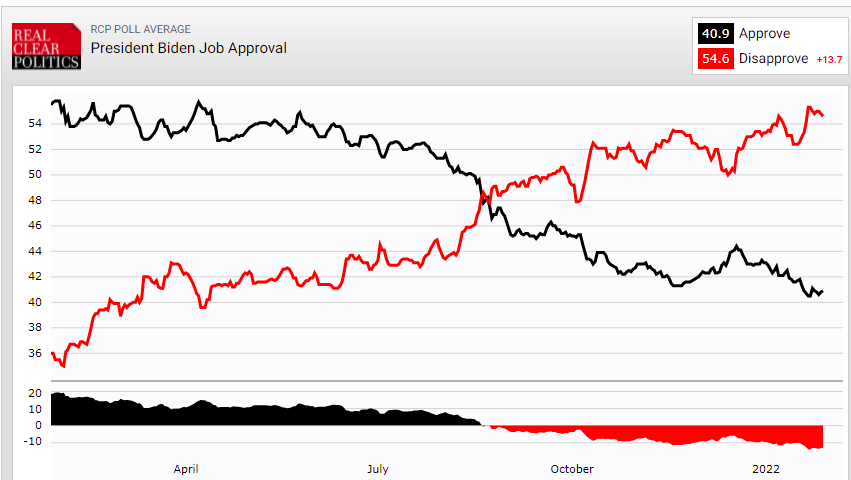 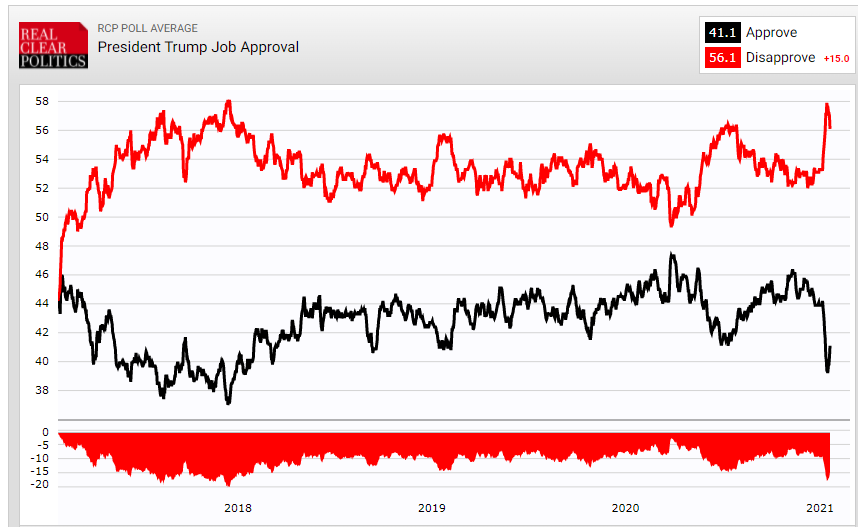 The Russian calculation is that for the next two years the US side will be increasingly nervous and internally vulnerable. War in Europe is not a vote-winner for the incumbent Democrats.  Also, after five years of campaigning, war against Russia has failed to prove either its truth or its vote value to the Democratic Party against Trump.

Understanding what action on collective security and indivisible security falls between improbable to impossible over the next twenty-four months leads to this Eye-Saver conclusion. There is no longer any point in reading the mainstream media in the West, nor the alt-media of either the UK or the US. Their reporting, analyses and commentaries on the Russian and US sides are either guesswork or propaganda – “shaking the air” or “foaming at the mouth”.

At the point of no retreat, words no longer count. Only force.

*Lavrov cited two agreements on indivisible security in the common European space which have been signed by all member states of the Organization for Security and Co-operation in Europe (OSCE), including the Ukraine, the central Asian states, Russia, and US. Here they are -- the Istanbul Declaration of 1999;  and the Astana Declaration of 2010.  Paragraph 1 of the Astana declaration declares: “We, the Heads of State or Government of the 56 participating States of the OSCE, have assembled in Astana, eleven years after the last OSCE Summit in Istanbul, to recommit ourselves to the vision of a free, democratic, common and indivisible Euro-Atlantic and Eurasian security community stretching from Vancouver to Vladivostok.” Paragraph 10 says: “We are determined to work  together to fully realize the vision of a comprehensive, co-operative and indivisible security community throughout our shared OSCE area. This security community should be aimed at meeting the challenges of the 21st century and based on our full adherence to common OSCE norms, principles and commitments across all three dimensions.”