How to Be an Incipit berfrois

Wow—a CO2 concentration reading at the @WHCA dinner tonight… at 8:20pm. A CO2 of 2233 is over *5.5x higher* than outdoors, and is a sign of VERY poor ventilation. They should have added more air disinfection at #whitehousecorrespondentsdinner.

Disturbing if true, and exactly the point I raised in my ⁦@USATODAY⁩ op Ed about the gridiron. ⁦Yet @POTUS⁩ has said equity is a priority of his. ?

.@Trevornoah: “It is my great honor to speaking tonight
at the nation’s most distinguished super-spreader event. For real, what are we doing here? Did none of you learn anything from the Gridiron dinner? Nothing?” pic.twitter.com/r4IXpnpigl

Great joke. Groan. Best man at a wedding I attended in Jan. made the same joke. My wife and I were the only ones masked. Her grandma was dead from COVID soon after.

A detailed ? on the alarming rise in cases of acute liver failure in healthy children:

Media + scientific bodies have placed undue emphasis on Adenovirus infection as the leading culprit in such cases of liver failure.

Let us see if this claim holds water [short answer: No!]

Europe cooperates on gas, as Russia turns off taps to Poland and Bulgaria Deutsche Welle

Ukraine Is Fast Becoming a Pawn in a Great Power War https://t.co/bdMWE2bPuB

White House fact-sheet says part of the mammoth $33 billion spending package it’s requesting for Ukraine will be to “support independent media.” Because nothing screams “independent” like being directly funded by the US Government as part of its “information warfare” initiative pic.twitter.com/O3JshV1Mg9

!!!WE HOPE THE SOUND MIND PREVAILS IN THE WHOLE WORLD!!! pic.twitter.com/As9guDz1Jc

The Death of Neoliberalism Has Been Greatly Exaggerated Jacobin

In November 2020, @SFWA came forward with a stunning accusation: Disney had told the beloved writer Alan Dean Foster (author of the original, bestselling Star Wars novelization) that they would not ever pay him the royalties he was owed. https://t.co/qAStTo3kti 1/ pic.twitter.com/WcvKoanmjY

8/ For years, we have seen tech platforms engage in questionable censorship decisions in the name of preventing ‘disinformation,’ putting warning labels against content that alleges that, for instance, profits are driving inflation. https://t.co/Ph1ashG8X9

Trump grand jury ending in N.Y. with no charges against ex-president WaPo

Bernie Sanders pushes back on Romney’s comments bashing student-loan forgiveness: ‘I know he thinks corporations are people, but does he know people are people? Business Insider (furzy)

This article hits a rare 10 on the ignorance scale. Time should be embarrassed. https://t.co/SGC3tS0W1Y

Head of Biden’s new DHS “Disinformation Board”. There are 15.5M now, will she investigate? pic.twitter.com/mutetEnSnO

This is the woman put in charge of the Department for Homeland Security body just set up by Biden to censor “disinformation” from the internet. https://t.co/3ghaFXgfEU

LOL. How does one become an “expert on online disinformation”? Is there some licensing agency or special school one goes to in order to acquire this expertise?

What a great coincidence for the WH that this world-renowned expert happens to be a #Resistance #StillWithHer fanatic. https://t.co/Ju9clGOtqU

An algorithm that screens for child neglect raises concerns AP

Siskiyou County’s sheriff has taken an environmentalist tack, cracking down on local Hmong and Southeast-Asian American farmers and centering his department in the fight over who can—and cannot—use the county’s water and land: https://t.co/lhIukdh9ix

S Jaishankar: From a seasoned diplomat to an assertive and outspoken Foreign Minister Firstpost

India’s Economy May Take More Than a Decade To Overcome Pandemic Losses: RBI Report The Wire

The Different Ways That the U.S. and Chinese Governments Use Their Power to Regulate Capitalism Counterpunch

America Has Stopped Playing by the Monetary Rules Project Syndicate

Dependence on China shrinks the US economy in Q1 Asia Times

Word to the wise – don’t expect your new pet thesaurus to be housebroken anytime soon.

The rumor that they can stems from a statement by a non-native English speaker running for help in the village saying “House! Broken!”. pic.twitter.com/CHfnIxXDc1 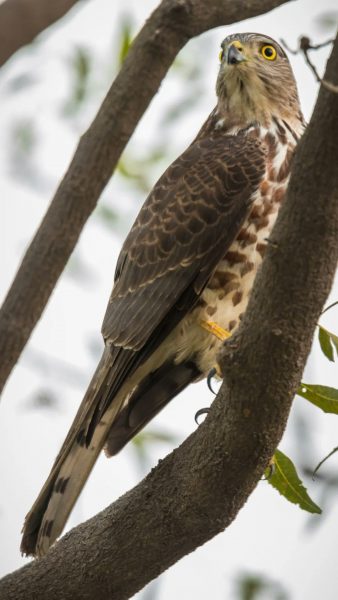