A huge solar eruption may be headed toward the Earth Interesting Engineering. If this hits us, it would make electrical grids “collapse” and mess up other things we depend on. Due date June 28 (safely passed) or June 29. As dk kindly said, “In case this is the big one, just want to say how great it’s been to have had NC!! Yves/Susan💜, Lambert💜, Jerri-Lynn💜.”

201 of our 272 hospital admissions yesterday were triple vaxxed.

This is a direct result of dropping mask mandates.

Until it is acknowledged that #COVIDisAirborne and we focus on cleaning the air, NO INDOOR SPACE IS SAFE UNMASKED.

We need a #VaccinePLUS strategy yesterday.

1. I am hearing more and more stories of people catching COVID on a plane while wearing an N95 mask. There are numerous reasons for this and we'll go through them to help you avoid getting COVID https://t.co/RG571qI8gc

6. Another part of the problem identified in that paper is that most crew and passengers have not been fit-tested for their N95 masks. Elastomerics have a much higher pass rate on fit testing. https://t.co/nmCh5k8Jw5 pic.twitter.com/kJxGKYkrSZ

On my last flight, I wore a P100 (Darth Vader mask!) until I got to 10,000 feet. Your humble blogger just ordered a fancy CO2 monitor, so I can now check when it is safe to switch to an N95. But I am frustrated that the ones I have (3M 9205, Niosh L-288) aren’t on the list so I’m not sure how good they are. The P-100 I have pinches my face hard and is uncomfortable to wear (not to breathe through). So I guess I’ll use the ones I have now for not too scary local use (shopping at off hours, I can use the monitor to check C02 levels to be sure) and get some 3M 1870+ for higher-risk settings.

What causes long COVID? Canadian researchers think they’ve found a key clue Globalnews.ca (dk). Small sample but may be on to something.

NATO to Label China ‘Systemic Challenge’ in Strategic Plan Bloomberg. NATO has to have enemies. It appears Russia is not sufficient for its ambitions.

Turkey drops objections to Finland and Sweden joining NATO, removing major hurdle to two nations joining the alliance CNN. My guess is Erdogan is punishing Russia for not sitting on the sidelines as Turkey tried eating more of Syria.

Russia gas halt could deal 12.7% hit to German H2 performance Reuters. I recall that Olaf Scholz was told (and doubted) that the worst downside Germany would face from the Russia sanctions was a 3% GDP contraction. 1/2 of 12.7% is bigger than that.

🇺🇸🇩🇪The main producer of aluminum for the US Army — Century Aluminum closes the plant.

The largest complex of BASF chemical enterprises in Germany and in the world may close.

Sanctions are working in reverse , time for the 7 th package of sanctions. pic.twitter.com/Qc3U9namv1

Poles look to their forests to ease energy price pain Reuters. Lordie, how hard did Reuters have to work to come up with such an anodyne headline for such a bad development? Poles are cutting down trees (much more so than normal) in anticipation of not being able to afford other sources of fuel, worsening climate change via the high CO2 emissions and loss of forest.

UK plans to cut pipelines to EU if Russia gas crisis intensifies Financial Times. BoJo is the most hawkish Western leader, but he’s more than willing to let the EU take his bullets.

They Ran From Lysichansk… Andrei Martyanov

Russia Advances on Lysychansk, G7 Dreams of Russian Oil Price Cap, Lithuania Vetoes EU Kaliningrad Alexander Mercouris. The G7 meeting was (deservedly) so poorly covered (and yours truly had major production issues yesterday) that because it wasn’t one of the formal decisions taken, the stories I checked didn’t cover the additional discussions, and I mistakenly assumed the idea had died. But Mercouris reviewed more detailed coverage, and the hare-brained oil price cap scheme is not dead. But it won’t go anywhere, for reasons we and here Mercouris lays out. This level of delusion indicated that G7 leaders know they have a problem and have no way out, save the exit they refuse to consider, rolling back the Russia sanctions.

See also: G7 to consider comprehensive prohibition of services enabling Russian oil transportation globally until price agreed upon – communique and G7 intention to set maximum prices for Russian gas is subject for talks – Peskov Interfax. Russia is treating this attempt at a diktat as subject to negotiation…when the West is prepared to give nothing in return for this big waiver. And in the event of a contract breach, were things to go that far, Russia would be under no obligation to provide oil.

Ukraine’s new (and probably fake) war hero is a goddamn goat Task and Purpose (Kevin W). Zelensky’s propaganda machine is scraping the bottom of the barrel.

Another Zelensky Lie Debunked – White House Says Ukraine Must Give Up Territory Moon of Alabama. Not only does MoA do a fine job of debunking the claim that the one-time shopping mall was still in use, see the further proof via the first comment by IronForge. As Lambert says, where is the press?

Note we’ve linked to articles discussing this piece but were remiss in failing to flag the underlying story: Commando Network Coordinates Flow of Weapons in Ukraine, Officials Say New York Times. Turns out it isn’t paywalled. This leak is either from a faction that is unhappy about this, perhaps the Pentagon, which is regularly engaged in turf wars with the CIA, or else the officialdom is having to admit to this because too many CIA guys are coming home from Ukraine in body bags to hide. A key bit comes almost at the end of this long piece:

The Ukrainian military’s most acute training problem right now is that it is losing its most battle-hardened and well-trained forces, according to former American officials who have worked with the Ukrainians.

When Security Locks You Out of Everything Bruce Schneier (David L)

Of all the issues CBS News asked about in new polling, “investigating January 6th” was the LEAST important issues to voters. pic.twitter.com/LqratypclL

The whispers of Hillary Clinton 2024 have started CNN. Resilc: “If Hitler runs for the GOP I will vote for him.” Moi: It’s clear she’s making a bid. She just had a major facelift and has a new hairstyle too.

Spanish Inflation Soars to Record 10% as ECB Hikes Near Bloomberg

Ready or not, here they come: Tiny homes in SJ’s future, but lawmakers can’t agree where Local Matters (David L) 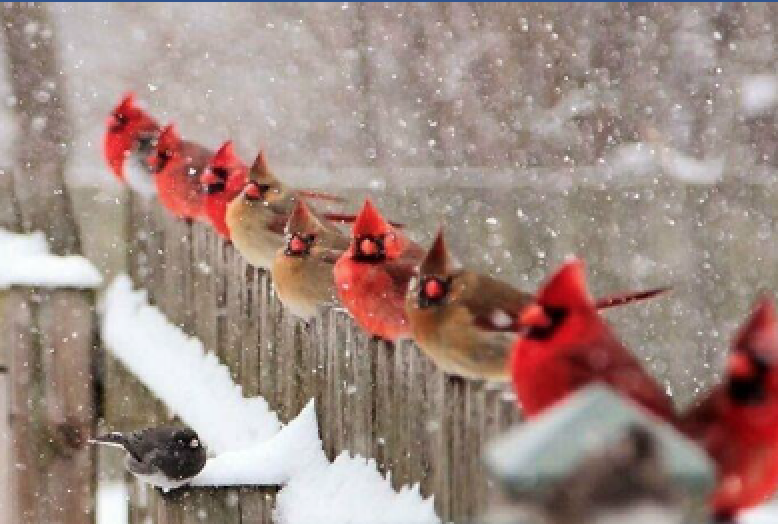 And a bonus. This horse knows it belongs in a shampoo commercial: