Disgraced crypto chief Sam Bankman-Fried has been talking to reporters, including at the New York Times (the famed Andrew Ross Sorkin Dealbook interview), the Financial Times, and the Wall Street Journal. Despite the fact that it’s generally seen as a very bad idea to say anything about your past conduct when you are a litigation target, and likely for a criminal case, and SBF has said his lawyers are opposed to talking to the press, SBF is nevertheless swanning about on his media tour.

Even though SBF got a bit of pushback from Sorkin on the question of co-mingling of funds when SBF tried playing, “Oh it was sort of allowed and anyway things were a mess,” he and other reporters didn’t probe very hard once they got his next layer of excuses: “Oh I didn’t mean to do anything bad, I don’t have access to records any more and my memory is fuzzy, and I really didn’t have anything to do with Alameda.”

Here is the Financial Times’s recap from over the weekend:

Core to Bankman-Fried’s account of how FTX ended up with a roughly $8bn shortfall of client assets was excessive lending by the exchange to Alameda, which ploughed the money into venture capital investments and doomed bets on digital tokens.

Bankman-Fried deflected the FT’s questions about the excessive borrowing and soured investments that ultimately sank Alameda, blowing a hole in FTX’s finances, and would not be drawn on the legal consequences he may face. He said he deliberately avoided getting involved in Alameda’s trading and risk management to avoid conflicts with his position as chief executive of FTX, and neglected to monitor the risk they posed to the exchange.

Got that? $8 billion hole at the hedge fund Alamada. We are supposed to believe that the was the result of FTX lending to Alamada and then Alameda doing stoopid things that burned up a lot of dough. Oh, and even though SBF is responsible for (at best) crappy controls at FTX that allowed Alameda, we are also supposed to believe SBF’s claims that he was not involved in what was happening at Alameda.

Aside from the wee problem that SBF owned 90% of Alameda and had its detailed financial information as recently as March, Alameda made $3.3 billion of loans to SBF, $1 billion as a personal loan, and $2.3 billion to a 100% SBF-controlled entity, Paper Bird, that is outside the FTX-Alameda bankruptcy. 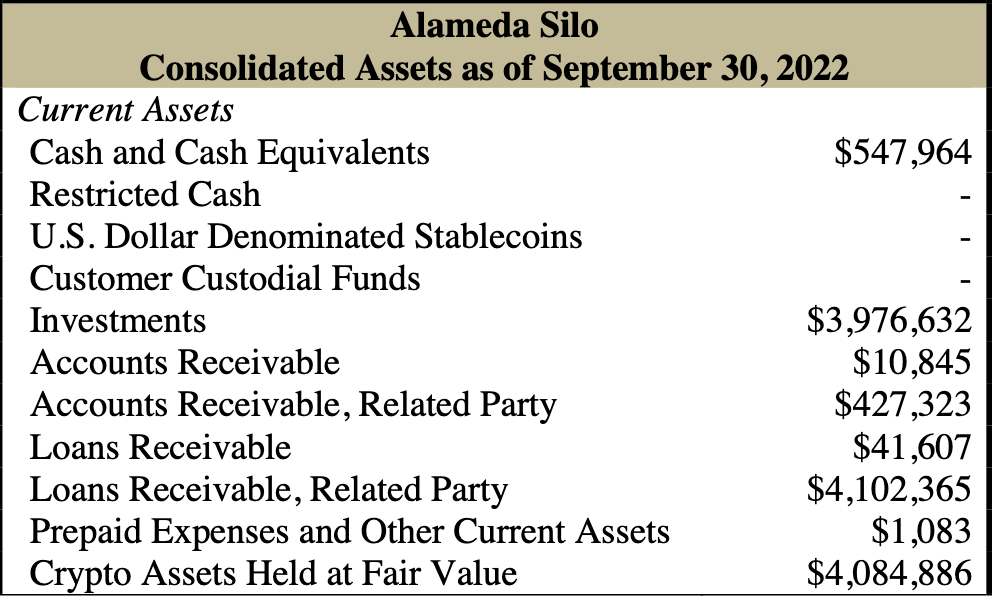 So Alameda made $4.1 billion in loans to cronies, mainly SBF, and we are to believe that SBF had nothing to do with that?

I am at a loss for the failure to purse the question of what happened to the $3.3 billion SBF borrowed. This is already in the public domain. Yes, no doubt more will be revealed as the bankruptcy process winds forward. But help me. This is not hard.

Mark Karpelès compiled an FTX entity list, which confirms that Paper Bird is a “top” company, which is consistent with SBF being its sole shareholder. The bankruptcy filing states that Paper Bird owned 75% of FTX International.1 However, that does not make it part of the FTX bankruptcy. In fact, Paper Bird filed for its own bankruptcy, the same date at FTX did, with separate counsel: Adam Landis of Landis Roth & Cobb while the lead attorney for FTX is James Bromley of Sullivan & Cromwell.

Notice we have not heard anything about these lavish loans in SBF’s “Oh poor confused me and I feel sorry for all my chump victims too.” Since SBF seems unduly eager to try to ‘splain himself, it would improve appearances in the eyes of public opinion and perhaps later a court, if he could honesty say, “I scrounged up what I could liquidate readily and used to to try to save the company.” If that had happened, that would also mean any investor recoveries, however meager, were due in part to SBF trying to shore up his enterprise.

I have seen no claim in the press or the bankruptcy filing that SBF either did or expressed willingness to put his own money into FTX when it was collapsing. The failure of SBF to spend any of his own funds to salvage his empire no doubt contributed to its demise. If he’d put up say $3 billion of the $8 billion supposedly needed, there is a remote possibility that his napkin-doodle balance sheet would have been forgiven: “If SBF is willing to stake that much of his personal money on the odds that he can rescue FTX, there must be some real value in there despite the mess.”

And it would not be hard for a merely mildly dogged interviewer to press SBF on this topic: “You took $1 billion in personal loans from Alameda. When did that happen? You said in your Financial Times lunch earlier this year and then more recently that you had only $100,000 in bank. So where did the $999,900,000 or more go? Was it invested in real estate? Gambled away?”

Remember, he can’t play “I don’t remember” and act like he can’t get the information. This was personal money, under his control, and he still has unimpeded access to those records. The reporter could follow up: “If you don’t remember, could check your personal accounts and get back to us?” And if he demurs again, drive the knife in: “This will probably come out in court anyhow since the creditors will be looking into fraudulent conveyance. So this isn’t something you will be able to hide.”

Then an interviewer could follow a parallel line of questioning with Paper Bird. There SBF might give bafflegab about venture investments or crypto speculation, so if I were a member of the press, I’d start with the personal loan first since he has much less wriggle room there. Not being able to explain what happened to $1 billion, which is the route SBF is likely to take, is not a good look.

Separately, yours truly is becoming slightly more optimistic that SBF might wind up facing a real prosecution, as opposed to one designed to find as little as possible. From the Wall Street Journal:

In Cyprus, the country’s securities regulator is complaining that Mr. Ray’s decision to place FTX in bankruptcy has stymied investigations and is preventing European customers from getting their money back…In Turkey, authorities have seized the assets of FTX’s local subsidiary, an affront to Mr. Ray’s efforts to sweep FTX’s assets into the chapter 11 process in Delaware….

On Nov. 28, the chairman of the Cyprus Securities and Exchange Commission voiced concern about the bankruptcy process in a letter to Mr. Ray, a copy of which was seen by the Journal. FTX’s European arm, FTX EU Ltd., was licensed in Cyprus, allowing the crypto exchange to offer services elsewhere in the European Union’s single market….

The Cyprus securities regulator has ordered the company to return the money to customers, but the company has been unable to comply because its bank accounts are frozen by the chapter 11 process, the chairman said.

Trouble might also be brewing for Mr. Ray in Turkey, where regulators have already decided to take control of FTX’s domestic subsidiary’s winding-down. On Nov. 19, Mr. Ray said FTX had identified a number of subsidiaries with valuable franchises that could be sold to raise cash for the company’s creditors. One of them was FTX’s wholly owned Turkish subsidiary, FTX Turkey Teknoloji Ve Ticaret AS, where the company had found nearly $3.1 million in assets when it filed for bankruptcy, according to court papers.

Four days later, though, the financial crimes board of Turkey’s Treasury Ministry said it had confiscated the assets of FTX Turkey on suspicion that customer deposits were transferred or taken abroad through fraudulent transactions and that nonexistent crypto assets were sold to customers. Istanbul’s chief prosecutor began a criminal investigation into Mr. Bankman-Fried and other people associated with FTX, the ministry said.

So far, the Cyprus regulator is just whining, but his criminal offense remark is arguably a shot at Ray, not just SBF. By contrast, Türkiye is saddling up. And remember, as SBF keeps running his mouth and the bankruptcy court unearths more information, they will soon have plenty of promising material.

Both Cyprus and Türkiye have bilateral extradition treaties with the US. Federal prosecutors and regulators hate being upstaged by state counterparts; that’s why state enforcement actions regularly have the effect of rousing formerly somnambulant authorities.

It would be staggeringly embarrassing for the Department of Justice to make no filing against SBF or only a very weak and limited one, and then have jurisdictions seen as less than upstanding (that’s why SBF chose them, after all) making forceful cases that SBF had violated their laws. That pressure, which at least from Türkiye seems to be genuine, will force the DoJ to do more than dial its investigation of SBF in.

1 An earlier filing is consistent with the bankruptcy information:

4/6 I was able to locate a document listing a lot of those names, including shareholders at the time of that document: https://t.co/5mCza1vrsw (archive: https://t.co/dObKpR5Eua)
Especially interesting is the information of who owns what near the end: pic.twitter.com/zIKoehqs8P