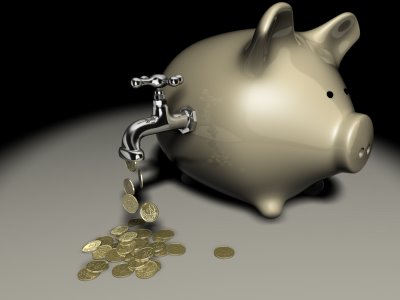 As a follow-up to my last post on checkmate for pensions, the FT reports that the collapse in value of US state and local government pension plans is a disastrous double blow for them:

They are being forced to sell off assets at huge discounts to pay out pensions, and are at the same time seeing their funding levels plummet to dangerous new lows.

In the past year the funds, whose collective $2,000bn-plus in assets make them key investors in every asset class, have lost about 40 per cent of their value through investment losses.

The 2,600 pension plans provide retirement savings for 22m public employees in towns and cities across the US, and range in size from the giant Calpers, with $120bn (€91bn, £81bn) in assets, to tiny small town funds which pay pensions for local garbage collectors and police.

Phillip Silitschanu, a senior analyst at Aite Group, a consultancy, says the pensions “could face a cash flow collapse, they are liquidating assets to meet their monthly cash flow needs; instead of selling positions that are down 10 per cent, they are being forced to liquidate positions down 40 per cent. It is a firesale liquidation of assets to have the cash on hand to meet obligations”.

Bill Atwood, the executive director of the Illinois State Board of Investments, says: “Right now it’s very bad. For the full year 2009 (ending in June) we will have $270m negative cash flow on $8.5bn in assets.”

State pension benefits are protected by law, and must be paid even if the fund is making a loss. Calpers, the largest fund, has lost $70bn in value in the past eight months, but still has to pay $11bn in benefits this year. Unless the fund starts recouping its losses soon, the California state government, which is already mired in a huge deficit, will have to lift contributions to Calpers starting from next year.

Bad as the cashflow crisis is, the accompanying collapse in funding levels – an issue largely outside the control of the pension managers – is considered by most in the industry to be of greater significance.

US pension plans are in generally worse shape than those in Europe. They were more underfunded, meaning they did not have the money to meet future pension commitments, even before the financial crisis hit, and their losses over the past year have been greater because they had larger allocations to equities. Funding has now fallen to about 50 per cent, according to industry estimates.

Mr Silitschanu said: “As terrible a predicament that everyone thought these pension funds were in three or four years ago, they are much worse now.”

Like several others, he believes some form of federal intervention is likely, possibly in the form of the state governments being forced to cut benefits in order to qualify for the money they receive as part of the economic stimulus package.

“Public plan assets are down, but they are still in a very good financial situation. The issue is whether they have adequate cash flow to meet their obligations,” he argues.

However, few others believe the plans are in a good financial situation. Cutting benefits for new employees and raising the age of retirement are some previously unthinkable strategies being considered by state governments in an effort to contain the problem.

Merging weaker funds with others is another plan. Illinois’ five state retirement systems, which are collectively only about half funded, could be merged into one fund, as could those in Arkansas.

Most experts believe that the situation is even worse than these official funding figures suggest, because of the way the funds calculate returns and liabilities. Almost all funds base their funding levels on an assumption of an annual return of 8 per cent, but in the decade to 2004 the average return was only 6.5 per cent.

Successive state governments have expanded pension benefits, but often failed to lift contributions. No government has wanted to cut pensions.

Now, a 40% haircut mentioned above is definitely “firesale liquidation of assets”. Someone is desperate for liquidity and someone else is picking up the assets on the cheap (or at least that’s what they think).

It’s no wonder that things are heating up in the private equity secondary market. One senior private equity manager wrote me that he is getting offers from other limited partners (LPs) to pay him to take stakes of some big name PE funds off their books.

When I inquired as to why an LP would pay another one to take PE funds off their book, the senior pension fund manager wrote me:

“There are many instances of this on offer…some arrangements are so punitive on default that it’s better to pay someone to take the contingent funding obligation. I sent you this request from someone as it includes some big names in the business.”

And while I will not disclose the individual fund names he sent me, they are big names in private equity. It is striking to see how desperate some LPs are to resort to offering to pay others to take over their private equity fund stakes.

This just proves that the crisis is particularly brutal on smaller limited partners facing serious liquidity issues. Forced selling by pension funds or other limited partners (endowments, insurance companies, etc.) can be disastrous for some illiquid asset classes like private equity, real estate, and to a lesser extent, hedge funds.

The problem is that the secondary market in private equity is full of inefficiencies and most limited partners looking to unload their stakes will get hosed in the process.

As for cash flow problems facing many pensions, they are the product of a giant experiment that was destined to fail. Instead of securing retirement income for millions of hard working people, over the last decade, pension fund managers slashed their allocations to government bonds and they heavily increased their allocations first to stocks and then to alternative investments like private equity, real estate and hedge funds.

In order to deal with this pension crisis, policymakers are faced with some tough choices ahead. These include cutting benefits, increasing contributions, raising the retirement age or increasing taxes to make up for the shortfall.

There is no magic solution to this pension calamity. The pension promise is all a matter of having sufficient assets to meet future liabilities. Pension fund managers can pray for another long bull market in stocks, but remember that is the same bull that killed pension funds.