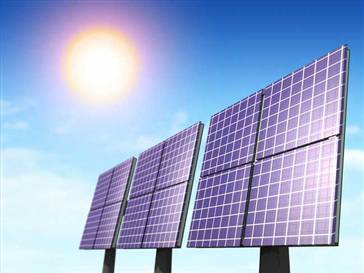 In my last comment on the ‘Golden Cross‘, I warned people not to be overly reliant on technical signals. Someone on Naked Capitalism commented that it is better to use the exponential 50 and 200 day moving averages, which lends more weight to more recent data.

While it is true that the 50 and 200 day EMA are not showing a Golden Cross yet (you can verify this for free on Yahoo Finance, for example, on the S&P 500), there is a danger when you just look at technical signals and ignore other things like fundamentals and liquidity.

On his blog, Luc Vallée discusses the chronicles of a second wave of foreclosures and notes the following:

Another incoming large wave of home foreclosures could bring a new series of bank failures and renewed financial distress and, as a result, prolong the current economic recession well beyond 2010. This is because, according to Mckitrick, resets on Option-ARM mortgages, currently averaging $2 billion a month, will rise to $25 billion per month by late 2011; mostly in California and neighboring states. This means we could relive the nightmare of the last two last years when we went through a big wave of resets.

I have already alluded to how Alt-A resets will slam alternative investments and I think it is wise for people to understand the difference between bottoming out and a full fledged recovery.

Importantly, given the economic destruction and spare capacity in the economies of industrialized nations, it increasingly looks like the next recovery will be the weakest recovery in post-war history and expect interest rates to stay low longer than what the market is currently pricing in.

But this does not mean that the world will come to an end. Any student of economics who has studied Schumpeter’s creative destruction knows that dynamic changes are constantly occurring in the economy and that innovation will displace older mainstream industries.

Today, I want to focus on one of the new industries in alternative energy, the solar industry. I am personally invested in this industry, both long-term and short-term (trading), and I think it will be the next “new thing”.

Greentechmedia notes that the U.S. House of Representatives cleared a big hurdle late Friday by passing a bill that set goals for reducing the United States’ greenhouse gas emissions, a first in Congressional history.

The Associated Press reports that the solar industry to see faster than expected growth:

The solar energy industry will grow faster than expected during the next few years as American utilities invest heavily in large-scale solar farms, analysts with Barclays Capital said Tuesday in a research note.

Barclays analyst Vishal Shah noted that demand for utility-scale solar projects could eventually make up half of the U.S. market. Major utilities could install about 5 gigawatts of solar photovoltaic projects during the next three years, the analyst said.

Solar power is still a tiny player on the American electrical grid, however.

The utility-scale projects currently in operation in the U.S. provide 444 megawatts of energy to the grid according to the Solar Energy Industries Association. That’s enough to power 2.8 million homes, and it’s only a fraction of the power generated by another alternative energy source, the Palo Verde Nuclear Generating Station near Phoenix.

That amount is expected to jump more than 12-fold in the next few years, however, with dozens of new solar plants under development in California, Arizona, Florida and Hawaii.

Because of the banking meltdown, the expansion depends heavily on the promise of billions of federal stimulus dollars that Congress earmarked for solar in the past year.

Power companies have had trouble raising money for major projects, and they still don’t yet know how they can access federal grants and loan guarantees.

SEIA spokeswoman Monique Hanis said the Treasury Department and the Department of Energy are expected provide more information this summer.

While some are skeptical of government intervention, there is no doubt that the solar industry will need strong government incentive programs to continue expanding. In California, for example, the legislature must act to keep solar glowing.

If the U.S. does not get its act together, it risks losing ground from other countries which are actively promoting the solar industry. Europe’s solar power seen competitive in 2010. Japan is relighting its solar PV industry.Beijing’s bid to boost the solar energy sector could draw more than $10 billion in private funding for projects and put China on track to become a leading market for solar equipment in the next three years.

Not everyone is convinced solar is the way to go for clean tech. Some feel a more realistic energy option to be invested in for the next 5-20 years is nuclear energy.

But all these naysayers forget that advances in photovoltaics could make solar cost competitive:

Building-integrated photovoltaics (BIPV) is poised to change the face of construction, energy and urban planning in the coming decade.

The Department of Energy has estimated that BIPV technology could potentially generate 50% of the electrical needs of the U.S. and other developed countries, and the DOE’s Solar America Initiative has set the goal of making solar cost-competitive with grid electricity by 2015.
In this continuing effort the Department of Energy just announced the selection of 24 new solar projects to advance photovoltaic technology research, development, and design, ultimately lowering the cost of photovoltaic generation. The competitively-selected projects will be eligible for up to $22 million from the President’s American Recovery and Reinvestment Act and will be matched by more than $50 million in cost shared funding from private partners.
Many of the projects selected focus on improving the effectiveness of the materials used to capture the sun’s rays.

So which stock do I like in the solar industry? My top pick is LDK Solar (LDK), a popular solar stock with pro investors. There are other excellent picks in this sector, like Yingli Green (YGE) who is seeing a pick-up in demand and Trina Solar (TSL) who got $57 million in new credit:

Trina has been helped in recent months by a decline in the cost of polysilicon, the material it uses to turn sunlight into elecricity in its solar cells, but like others in the industry, has suffered from a steep drop in prices for solar panels.

Chinese solar companies have also seen volatile earnings swings because of the sharp moves in the value of the euro versus the U.S. dollar. Europe is the biggest market for solar products.

Credit is important for these companies to continue expanding. Their debt levels are high, but this reflects strong expansion and difficulties keeping up with demand.

I will end by warning all of you, solar stocks are not for the feint of heart. If you cannot stomach crazy volatility, do not bother investing in these stocks. The big hedge funds love manipulating them through naked short selling, an abusive practice that has finally caught the attention of global watchdogs.

I see huge potential in the solar industry and I am a long-term investor in the sector. I also trade them in my short term account because I see the way they move when volume picks up in the sector.

On that note, I am off to enjoy this sunny Sunday afternoon in Montreal.