Bush the Elder tipped off The Big Dog that Jebbie was going to run, according to [Politico]. Small world…

Bafflegab from Paul, Rubio, Cruz — and these are supposed to be the principled candidates, as opposed to the clown car, or establishment, candidates — on minimum wage repeal, even at Koch Brothers beauty contest [Bloomberg]. And of course, that communist Obama wants a miserably inadequate $10.10. I’ve always wondered why the dime. Why not round up to a whole quarter?

Red meat for the base at the Freedom Summit (love the name) [WaPo]. Best line, Rick Santorum: “We need to be the party of the worker.” Let me know how that works out.

Jindal at prayer rally: “On the last page, our God wins” [Times-Picayune].

How does a Republican win the Iowa caucus and then climb off the clown car? Or do they? [WaPo].

Sanders, the ranking member of the Senate Budget Committee, said lawmakers must address deficits in jobs, income equality, infrastructure, trade, retirement security and education in their next budget blueprint. “Investing $1 trillion over five years to modernize our country’s physical infrastructure would create and maintain at least 13 million good-paying jobs that our economy desperately needs,” the report said.

CBO on deficits: To narrow for two more years, increase in 2018 [Wall Street Journal]. So, will the resulting downturn kick in before 2016? And will whoever’s president in 2018 get a nice tailwind?

“Which Republican 2016 hopeful might be most like Reagan?” [CNN]. Depends on the results of the neurological exam, I suppose.

Stocks “slide” with S&P 500 down 28 points, core sovereign bond yields “moving sharply lower amid disappointing company earnings and evidence of slowing US growth [FT, “Weak US earnings knock S&P 500”]. Wait, wasn’t I hearing at Davos that the US had the hot hand?

Durable goods orders, December 2014: Unexpectedly fall 3.4% on “plunge” by non-defense aircraft [Bloomberg]. “Overall, manufacturing is soft. The outlook is questionable with the recently sharp boost in the value of the dollar.”

Consumer confidence, January 2015: Strongest reading of the recovery. Current conditions up on jobs. Expectations slightly down [Bloomberg]. “16.9 percent see fewer jobs ahead versus 14.7 percent who see more opening up.”

Sheldon Silver is so corrupt, he corrupted an entire branch of government! [The Albany Project].

“Why three men?” he asked. “Can there be a woman? Do they always have to be white? How small is the room that they can only fit three men? Is it three men in a closet? Are there cigars? Can they have Cuban cigars now? After a while, doesn’t it get a little gamy in that room?”

1950s plans for martial law (“Plan C”) [Muckrock]. Sure would have been handy to have had something like that to shut down New York in case of a blizzard. Oh… Wait?

Verizon considering allowing its subscribers to opt out of being tagged with its undeletable customer codes [New York Times]. Just the sort of company we want to put in charge of the Internet.

“Avoiding Internet Surveillance: The Complete Guide” [MakeUseOf]. Can somebody smarter than I am give this a look-see?

“The decline in school violence may have little to do with the presence of officers on campuses” [The Marshall Project].

Adminstration to overhaul Medicare payment structure with ACOs [Bloomberg]. From the same team that launched the ObamaCare website!

“[T]he government wants to link payments to how well providers take care of patients” [Businessweek]. For some definition of “well.”

The most unequal states in America, by Gini co-efficient, with handy map [HuffPo]. 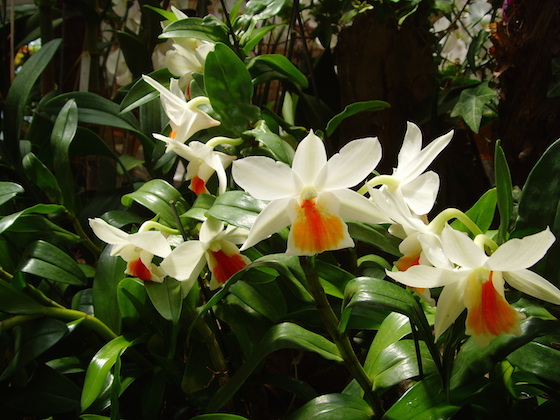