By Yasha Levine, editor of The eXiled and investigative journalist covering Silicon Valley for Pando.com. 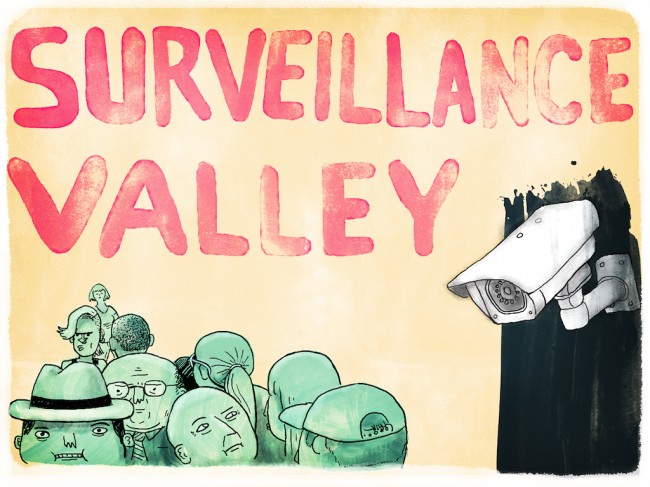 You’ve probably seen my articles posted on NC every now and again. I want to let you know about a new book project that I’m working on — a project that I hope you’ll support.

For the past year-and-a-half I’ve been covering the “Surveillance Valley” beat for San Francisco-based Pando Daily, investigating the for-profit surveillance business that powers Silicon Valley, and the ways in which this technology is increasingly being used to monitor and control our lives.

I have exposed Google’s deep ties to US intelligence agencies and investigated Google’s role as a global for-profit intelligence agency — an entity that aims to capture and monetize as much of our activity in the real and online world as possible. I reported on the murky and criminal world of digital data brokers, and investigated the detailed dossiers that big tech companies compile on all of us. I have looked at Silicon Valley’s conflicted connections to tech watchdogs like EFF and privacy activists — people and organizations that are supposed to be fighting for our interests, not those of global tech. I have also revealed how the Pentagon and other US intel agencies are heavily involved in funding grassroots privacy activists and encryption technology — including just about every privacy tool endorsed by Edward Snowden.

My work has been generously reviewed by Julian Assange, and has come to the attention of activists, scholars, journalists and politicians. I have received death threats for my reporting, but I have also gotten an amazing amount of encouragement and support from readers around the world. 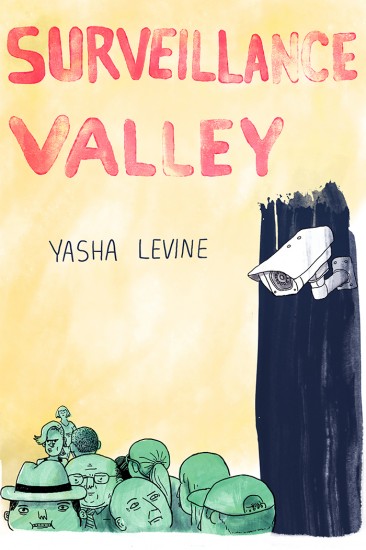 Above all else, my reporting revealed  how worried we all are at the growing, unchecked economic and political power of Silicon Valley — and how little any of us really know about what’s going on in the boardrooms and faceless server farm-warehouses that power big tech. The more I reported on Silicon Valley, the more I was convinced that big tech’s reliance on surveillance to expand and maintain its power is a vital issue that needed to be explored deeper and at greater length.

Now I’ve taken my reporting to the next level with an independent book project — and have launched a Kickstarter campaign to get it going.

The book is called Surveillance Valley: The Rise of the Google-Military Complex.

Since the start of the Internet revolution, we have been told that we are witnessing the dawn of a new and liberating technology — a technology that will decentralize power, topple entrenched bureaucracies, and bring more democracy and equality to the world. But the Internet did the exact opposite. It increased inequality, birthed massive global corporations, minted new billionaires (23 just last year in California), helped concentrate wealth and power, and expanded the reach of the U.S. National Security State.

How did a technology that supposedly held so such democratic promise so quickly devolve into the dystopian reality we see today? How is all this concentrated power affecting our democratic society? Where is it going? And where will it end?

These are some of the overarching questions that I will address in Surveillance Valley.

Why Kickstarter and not a traditional publisher?

Over the past few months, I’ve talked to several publishers about the book. All of them expressed great interest and excitement about the project, only to suddenly get cold feet. Their reaction wasn’t that surprising, considering that the book will take on not just one or two tech giants, but the whole establishment — Google, eBay, Amazon, Facebook, Apple, Twitter — companies that these book publishers depend on more and more each day for their basic survival.

The more I thought about the book project and discussed it with my colleagues here at Pando, the more I became convinced that given the subject matter and the powerful corporate interests its taking on, Surveillance Valley should be an truly independent project — a project free of pressure from publishers, advertisers and investors.

That’s why I need your support…

What exactly will Surveillance Valley cover?

Surveillance Valley will be an extension of my reporting for Pando Daily: an old-fashioned work of investigative non-fiction that combines my previous work with new exposés, analysis, historical research and the work of scholars and journalists — all of it stitched together in a well-written, tightly argued and immaculately sourced page-turner that will change the way people think about the Internet. Some of the themes explored in Surveillance Valley will be familiar to those who’ve followed my work. But the book will go much deeper, exploring history and issues that I was only able address only in passing, or not all.

Surveillance Valley will be more than just a book about Silicon Valley’s surveillance business. It will tie the issue of big tech to the bigger political and economic problems of our times: oligarchy and runaway corporate power.

We live in an age of extreme political disenfranchisement, extreme poverty and almost total control over public life by monopolistic corporate interests, a time when any kind of real democratic change seems all but impossible. It’s a bleak time, but it’s also exciting — a chance to start broad social and political movement to remake society into a community worthy of the 21st century.

The Internet, and the greater global telecommunication infrastructure, is a central part of this bigger struggle. And that makes understanding the Internet — its history, its politics, its power, where it was and where it’s going — so crucial. It’s an important discussion for us to have, but it’s one that is not being heard nearly enough.

Surveillance Valley will be my contribution to filling this void.

If you’d like to contribute to the Kickstarter campaign, and be amongst the first to receive the book, you’ll find all the details here.

I really appreciate your support.