Anti-TPP Letter to the Editor from Chemung County (New York) Democratic chair [Syracuse Post-Standard]. Worth reading in its entirety, as an example of what to do and what not to do. On what not to do: Portions of the letter were lifted from this Op-Ed in the Denver Post, so Democrats, please stop sucking, because you’re supposed to be the smart ones. On what to do: Concise, hard-hitting, with an argument for more coverage in the opening and the closing. Importantly, it opens with a news hook, an anti-TPP protest in a Congressman’s office (also an implicit threat, no?). Personally, I emphasize TPP’s destruction of sovereignty, because that to me is a clear basis for a left/right strange bedfellows alliance, but the writer hits on talking points appropriate to his constituency.

Handy list of sell-out environmental organizations [Whitehouse.gov, “Environmental Advocates Point to the Trans-Pacific Partnership as a Historic Opportunity to Protect Our Oceans, Forests, and Wildlife”].

Australia: “Last year the country’s top judge gave a speech about the potential impact of investor clauses, saying, ‘My concern is with the judicial system and its authority and finality of its decisions …’. In Chief Justice French’s words, investor clauses raise, ‘… potentially serious questions about the interaction of such an award with the domestic judicial system which may be called upon to enforce it'” [ABC Australia]. Which is hair-on-fire language for a judge.

Canada: “Two weeks ago an international arbitration panel awarded a US company compensation for the way its quarry project in Canada was ‘unfairly’ rejected on environmental and planning grounds” [Australian Financial Review]. Well, well. So that means Irving OIl (Canada) could use TPP as a club to jam the East-West Corridor right through Maine’s heart. Right?

“Pence might be on more solid ground to argue the similarity of the Illinois and Indiana laws if he had not repeatedly ducked questions about whether the law will permit discrimination against gays and lesbians” [WaPo].

A second bill in Arkansas [WaPo]. This “Religious Freedom Restoration” nonsense makes my back teeth itch. We’ve got NBC premiering a Life-of-Christ mini-series on Easter Sunday, and Christianists need their freedom restored? (Yes, I know I’m buying into identity politics divide-and-conquer here, and on multiple grounds, but my teeth itch. I’d welcome advice from readers about how to deal with these issues in a more constructive way than remaining silent.)

Jeb Bush quietly endorses Arkansas nonprofit “Right to Rise Policy Solutions,” which can collect unlimited amounts of money in secret in Bush’s name [WaPo]. I love “Right to Rise,” because it’s all about bringing in the bread, right? Early squillionaire money is like yeast, I guess…

Fiorina – who said on Sunday there was a “higher than 90% chance” she would run – is uniquely positioned to attack Hillary Clinton in a way others cannot [US News].

Readers, normally, fluctuations like this aren’t really newsworthy, except to traders I would think. Plus it’s not October. But the coverage of last nights “futures lurch” seemed more skittish than usual, so I included it. If there are sources, especially blogs, I should be tracking, do let me know.

Penguin employees get $750 bonus, so book business is not dying [Wall Street Journal].

MBA Mortgage applications, week of March 27, 2015: “Signs of life are suddenly appearing across a host of housing data including mortgage activity which is up sharply for a second straight week” [Bloomberg]. Maybe it’s the weather? Kidding!

PMI Manufacturing, March 2015: “The strength in production, underpinned by a rise in backlog orders, is giving a lift to employment. On the negative side are export orders underscoring the FOMC’s concerns over weak foreign demand and the negative effects of the strong dollar” [Bloomberg]. “This report has been running hotter than other anecdotal reports and much hotter than hard government data.”

ISM Manufacturing index, March 2015: “Weak exports are pulling down ISM’s manufacturing sample whose index fell 1.4 points to 51.5. This is below what was a soft consensus forecast” [Bloomberg]. “This report points to another month of trouble for government data on manufacturing, a sector that, due to weak foreign demand, appears to be pulling down the nation’s growth.”

Ferguson advertises for new Municipal judge, “Familiarity in quality of life cases” a requirement [City of Ferguson]. Which is unfortunate, because “quality of life” offenses were one of the methods used to turn law enforcement into a revenue raising tool (via).

Although many more people now have insurance, the heatlh care system has not been overwhelmed with new patients. However, that’s the historic pattern [Sarah Kliff, Vox].

“Several Republican governors likely to run for president have secured hundreds millions of dollars under Obamacare while working to dismantle the healthcare law, according to a Reuters review of federal spending records” [Reuters]. “He was a proud and independent man who was opposed to unemployment insurance and never hesitated to whine, whimper, wheedle and extort for as much as he could get from whomever he could” (Catch 22).

If you read the sports pages, you’d think everybody wanted to be “blue collar” [Guardian (CB)]. Even the people in the luxury skyboxes.

Study from the Hamilton Project and Larry Summers concludes that more education won’t fix economic inequality [New York Times]. And it loads people up with the debt. So, what’s to fix?

“The most lucrative, prestigious jobs tend to cause the greatest harm. The most useful workers tend to be paid least and treated worst” [George Monbiot, Guardian]. “Kleptoremuneration”!

I can’t take being unemployed again

Readers, feel free to contact me with (a) links, and even better (b) sources I should curate regularly, and (c) to find out how to send me images of plants. Vegetables are fine! Fungi are deemed to be honorary plants! See the previous Water Cooler (with plant) here. And here’s today’s plant, the second of “I Wish It Were Spring!” week three (furzy mouse) 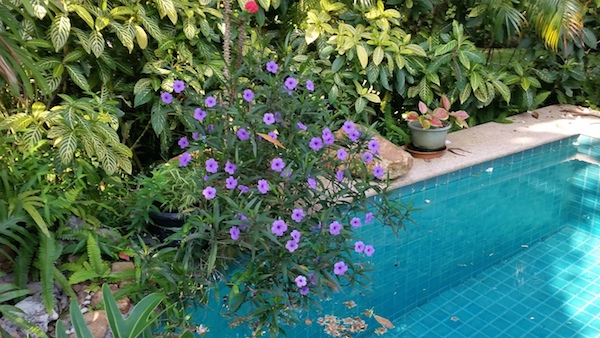 Because what is spring without a pool?