China Shares Wipe Out All Gains This Year WSJ

Investors Race to Escape Risk in Once-Booming Emerging-Market Bonds NYT. The word “race” in a headline always screams “narrative,” but whatever.

S&P Bulls Are Betrayed By Their Most Loved Stocks Bloomberg. Even I know you should never fall in love with a stock.

The Fed Has a Theory. Trouble Is, the Proof Is Patchy WSJ

Angry investors capture China exchange chief FT. Trouble with “stockpiled minor metals such as indium and bismuth.” And the Chinese don’t mess around!

When Fast Growing Economies Slow Down: International Evidence and Implications for China NBER (2011).

Swiss Launch Money Laundering Investigation Into 1MDB! Sarawak Report. How $700 million ended up in the personal bank account of the President of Malaysia. I mean, isn’t that rather a lot?

A Bit of a Miracle No More: The Decline of the Labor Share (PDF) Philadelphia Fed, Business Review

The need for honesty in the crisis over Greece Daily Star

More than 5,000 migrants are taken into Serbia in trains laid on by Macedonian authorities after they give up trying to police the border Daily Mail

From Calais refugee to millionaire: one man’s story Al Jazeera

Youth Revolts are back– Lebanon, Iraq Shaken by demand for Services, end to Corruption Informed Comment

The New Face of Jewish Terror Foreign Policy. Inflammatory headline — from the heart of the foreign policy establishment.

The Short, Hard Life Of Freddie Gray Buzzfeed. Must read, long form. We chain people up and clamp lead shackles on their feet. Then we trip them up. Then we kick them while they’re down. Then we yank them up by their chains. Rinse, repeat.

The Myth of the New Orleans School Makeover NYT

There is also growing evidence that the reforms have come at the expense of the city’s most disadvantaged children, who often disappear from school entirely and, thus, are no longer included in the data.

So the privatizers jiggered the numbers. I’m shocked.

Hillary’s e-mail defense is ‘total BS’: former State Dept. officials New York Post. I know this is the Post, but it’s well-sourced. From the nature of level of detail, it sounds like Clinton made some worker bees at State very unhappy.

The secretary would have known better, the department ­officials say, because she was trained to understand the difference when she was “read in” on procedures to ID and handle classified information by diplomatic-security officials in 2009.

Clinton also went through a so-called “read-off” when she left ­office in 2013. In that debriefing, security officials reminded her of her duty to return all classified documents, including ones in which the classification status is “uncertain,” which would have included the e-mails stored on her private server — which she only this month turned over to authorities. The read-off would have included her signing a nondisclosure agreement.

Left whispers to Warren: It’s not too late to run The Hill. The usual suspects, however.

Hold On To Your Hats! US Hydropower Agency Dives Into 210 MW Solar Energy Buy For US Navy Clean Technica (PT)

How the attempt to fix student loans got bogged down by the middlemen WaPo. Foaming the runway again?

Does Capitalism Cause Poverty? Project Syndicate

Q&A: Paul Romer on ‘Mathiness’ and the State of Economics WSJ

Survey: One-Third of Employees Would Sell Corporate Information for the Right Price The State of Security. True, they’re a security firm talking their book. But if, as a good neo-liberal, you believe that society is part of the market (and not the market part of society), why not be a rational actor and sell that information? What price would not be right? I’ll be gone; you’ll be gone.

Cuisine and Empire Remains of the Day

Game of thrones The Economist. Unease in Thailand.

Rise of the citizen scientist Nature

A Brief Guide to The Evolution of Graffiti Short List

I’m now an Estonian e-resident, but I still don’t know what to do with it Ars Technica. No passports, unfortunately! 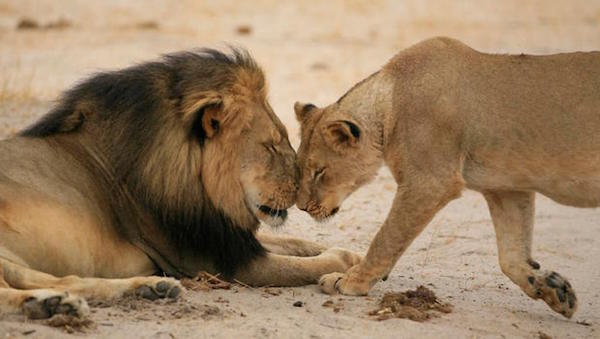