Nature’s Warning Signal The Atlantic. “The signal, a phenomenon called ‘critical slowing down,’ is a lengthening of the time that a system takes to recover from small disturbances

How Did The World Scientific Community Come To Believe That Global Warming Is Happening? Econospeak

Nutanix, Okta, Twilio and Coupa Ready 2016 IPOs Wall Street Journal. Where’s Globex? Stupid cutesie algo-generated startup names, just the sort of name a toothily grinning grey-t-shirt-wearing con artist would turn into a logo and print on their business card to prove they’re legit. Whatever happened to real corporate names, like “US Steel” or “General Atomics”? And speaking of valuations and the bezzle…

At Theranos, Many Strategies and Snags WSJ. “Snags.”

CITE: The $1 billion city that nobody calls home CNN.

The CITE (Center for Innovation, Testing and Evaluation) project is a full-scale model of an ordinary American town. Yet it will be used as a petri dish to develop new technologies that will shape the future of the urban environment. … Without a human population to worry about, the possibilities are endless. Driverless vehicles could be used on responsive roads…

What could go wrong? Yet, in a way, CITE is a perfect mirror of elite thinking, and so I imagine it will do very well. “If only it weren’t for that pesky 99%…”

Kentucky’s Mall St. Matthews Shuts Down After Brawls Involving Up to 2,000 NBC. (Seems to be a thing? Black Friday.)

Where Your Unwanted Christmas Gifts Get a Second Life WSJ

The hobbit approach to the sharing economy FT

Five Tech Predictions for the Year Ahead WSJ

2016 Predictions: A Look Ahead at the Future of War Defense One

Former top Chinese official commits suicide after landslide disaster Reuters. Chinese officials more honorable than our own, I guess. Assuming the “fall from a high place” was suicide.

China has made obedience to the State a game Independent

A chasm at the heart of the Syrian crisis FT

A Fearful Congress Sits Out the War Against ISIS Editoral Board, NYT

Bernie Sanders: Why Trump voters should back me CNN. Howard Dean would have agreed, and that’s what the 50-state strategy would have achieved, if Rahm hadn’t had Dean quietly strangled and replaced by life forms like Steve Israel.

Donald Trump’s bile is a healing balm for spurned Americans Frank Luntz, FT. Pitch: “If you really want to tick off the elites, elect a Socialist!”

It’s official — benefits and high taxes make us all richer, while inequality takes a hammer to a country’s growth Independent. Maggie, Ronnie: Take a bow! Along with both legacy parties for the entire neo-liberal dispensation, of course.

Rich, White and Refusing Vaccinations NYT. Makes sense, since they can afford to get their children treated, even as their children infect others who can’t. So it’s a two-fer, isn’t it? If Typhoid Mary had been rich…

The game is completely rigged: The 1 percent has more than ever — and the system is too broken to deal with it Salon. Less repetitious than the headline would suggest.

How the ‘Weeping Time’ became a lost piece of Georgia history Atlanta Journal-Constitution. A bit stale, but worth a read.

A Wooden Laser-Cut Topo Map of Portland, ME Shamblog 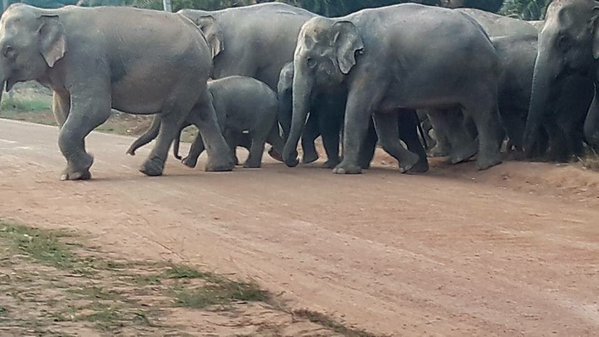 To get to the other side.