6 in 10 of you will share this link without reading it, a new, depressing study says Washington Post (resilc)

2016 Theme: Inclusive cooperation for achieving Land Degradation Neutrality World Day to Combat Desertification 17 June (guurst). A tall tree was cut down just around the corner from my building, for no reason I can discern. We need more trees and green things.

Toward a More Reflective Planet (David L). I saw a piece a good 12-15 years ago that I have been unable to locate on the web, arguing that the reflection lost by the melting of the ice caps could be compensated for by requiring flat roofs (like on apartment buildings) and roads to have titanium oxide on their surface, and recommended a lower cost white substance for third world countries.

Europe Is About To Create A Link Tax: Time To Speak Out Against It Techdirt. Important.

There is something tragically poetic in a clueless billionaire’s attempted gift of range animals and the ultimate rejection. Sort of the feeling of a 2nd grader coloring money at school and offering it to his parents to help with their impending debt crisis… except I don’t feel sorry for Bill. His tragedy involves more the inept deafness of our failing neoliberal society.

All aboard the Immortality Bus: the man who says tech will help us live forever Guardian

As It Shapes ISIS-Centric Narrative, Orlando Police Reject Freedom of Information Request for Audio of Nightclub Shooter’s 911 Call Alternet (eric a). I hate to feel compelled to run posts like this.

McCain: Obama ‘directly responsible’ for Orlando shooting SFGate (furzy). Lambert wonders if this remark is proof that McCain is losing it.

IMF suffers from groupthink on subject of the EU Telegraph

Greece gets the nod for next tranche of bailout cash euronews

CIA chief: IS working to send operatives to the West McClatchy (resilc)

Bernie Sanders Says He Will Work With Hillary Clinton to ‘Transform the Democratic Party’ Atlantic. Reslic: “Is there another Clintoon I don’t know about? the only way to transform the DNC is to burn it on top of a pile of lobbyists.”

Selection for president, if the 2016 presidential election was between Donald Trump and Hillary Clinton Reuters. This has tons of filters and Lambert did some screens. Confirms overall Trump decay but contradicts findings of another recent poll that showed him as losing ground among whites with less than a college degree.

‘Guccifer 2.0’ Is Likely a Russian Government Attempt To Cover Up Their Own Hack Motherboard. This looks to overstate a speculative case. My understanding is their are a lot of independent black hat hackers who are very good. There is no reason to think the DNC had super duper security and would therefore require a state actor or state-funded level actor to break in. Lots of people would have had to have access to the records, and thus any identifiable user would have been a way in (and that’s before you get to possible sabotage, say by an angry ex-employee handing over a password). Recall how the Sony hack, which experts later said was clearly due to the fact that Sony had absolutely God-awful security, was attributed to North Korea? And look at how often credit card records are hacked, and those are almost certainly secured vastly better than you would expect the DNC to be. Note also that the DNC uses the “state actor” excuse for being compromised. Per Forbes (and note the author has no IT expertise):

The DNC’s hired cyber security firm explains that “it is extremely difficult for a civilian organization to protect itself from a skilled and determined state such as Russia.” It suspects that Russian hackers used “spearphishing,” or emails made to look like they came from someone trusted that contain links or attachments that give the hacker access to the computer when clicked.

Huh? My 88 year old mother gets messages like that, as I do all the time. This is so common that I have trouble seeing this as a terribly sophisticated measure.

The argument here seems to rest on “media sophistication” as in Gawker and The Smoking Gun picked up the story. Huh? I could see Guccifer e-mailing his post to 20 or even 50 media outlets and having only 2 take it up. I’m less able to evaluate the metadata claim, but since hacking is a crime in the US, would sending docs through a bunch of machines to muddy the trail be a prudent self-protection method? Comments from technically savvy readers encouraged.

Southern Baptists Split With Trump On Refugee Resettlement NPR (furzy). Not clear that this is that big a deal. Trump was never courting the evangelical wing. He’s divorced, has cleary had lots of extramarital sex, has been pro abortion, and now has spoken out in support of gays. And this is just a recommendation to local churches.

Donald Trump tells people to ‘ask the gays’ about how great he is. ‘The gays’ respond—and it is EPIC Daily Kos (furzy)

One Out of Four U.S. Senators Is a Pot Prohibitionist—Is Yours One of Them? Alternet (Steve C). I can understand the push for more use of medical marijuana, as well as decriminalization, but I wish the people who are lobbying for this change would also put some muscle behind reducing sentences generally for minor drug crimes, since those are the big source of incarceration of African Americans.

Philly tax not so sweet for drinks makers Financial Times

Moody’s explores the end of the US business cycle MacroBusiness

The Disadvantages of Being Stupid Atlantic. Resilc: “Up here in vermont my escavator and lumber mill operator have more sense about most things, including government and foreign policy, than 99% of DC.” Moi: “More preening elite self-regrad, which regularly takes the form of depicting those who don’t agree with their version of conventional wisdom as stupid>”

Congresswoman Calls for Drug-Testing the One Percent, Not the Poor Common Dreams (furzy). Hahaha!

I should not have been that close. The wind was very high, much sand, my face and eyes down, the rocks uneven. Suddenly I almost trod on this pup. I backed off, took the photo and went away. On my return ten minutes later pup noticed ahead of time and waddled back to sea. Mummy was out fishing. Photo was also front page of Curry Pilot a week or so later. 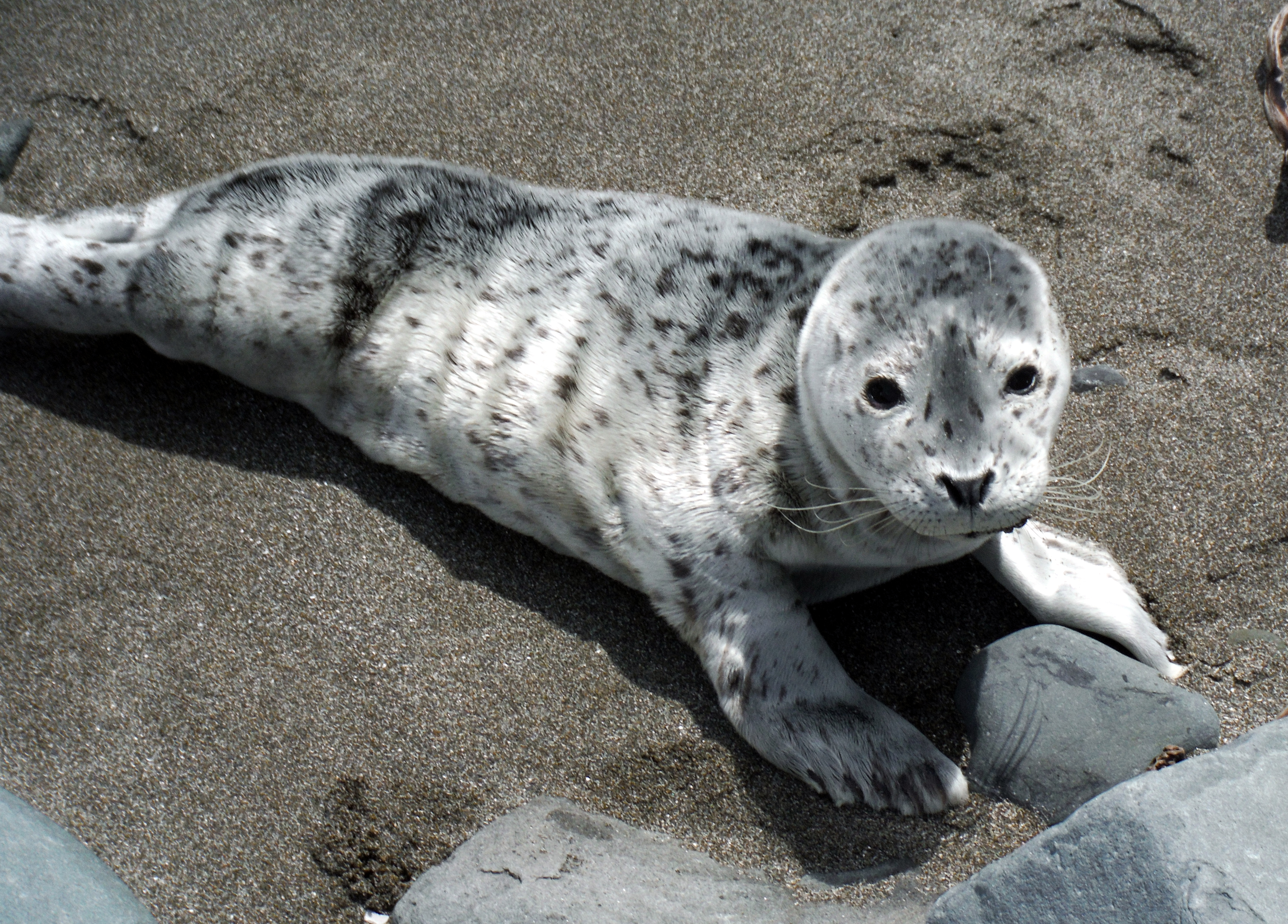