This is Naked Capitalism fundraising week. 607 donors have already invested in our efforts to combat corruption and predatory conduct, particularly in the financial realm. Please join us and participate via our donation page, which shows how to give via check, credit card, debit card, or PayPal. Read about why we’re doing this fundraiser, what we’ve accomplished in the last year, and our third goal, well-deserved bonuses for our guest writers.

The Cashless Society Is a Creepy Fantasy Bloomberg

FOIA Panel Sees Progress, Challenges for Law on 50th Anniversary Tax Analysts. “People who request federal records under the Freedom of Information Act may be surprised early next year to find the information they asked for already posted online for all to see.” A panelist says this may scare reporters. I dunno. I plant clover round my garden so the deer eat that and don’t go for the vegetables.

Theresa May’s Brexit war cabinet Politico (JI). “May’s decision to use a cabinet committee — which is at least half the size of a full cabinet — to run Brexit suggests she intends to control the process tightly.”

May assures Nissan of shield against Brexit tariffs FT

This is the right way to help carmakers after Brexit Telegraph

The Middle East and the Next Administration Chas Freeman, Lobelog. Must-read.

Meet the Man Who Should Be the Next Secretary of State The Nation. Chas Freeman.

A Westphalian Peace for the Middle East Foreign Affairs

Biden hints at US cyber revenge on Russia FT. Because John Podesta’s emails are totally worth World War III.

Russia Is Preparing for War, While The American Public Slumbers On Russia Insider

Goldman Sachs paid speeches Wikileaks. Reading these, I’m thinking the $675,000 had nothing to do with the actual content….

Aide Planted Anti-Bank Comments in One Paid Clinton Speech to Throw Reporters Off the Scent The Intercept. Lincolin-esque!

Democrats Maintain Edge as Party ‘More Concerned’ for Latinos, but Views Similar to 2012 Pew Research. “[Hispanics’] attitudes about the Republican and Democratic parties – and levels of political engagement – are not much different than they were four years ago.”

Clinton Team Ran Highly Scripted Campaign, WikiLeaks Emails Indicate ABC. Film at 11! “Based on these emails it is not uncommon for six or seven of Clinton’s senior staff, including Podesta, Mook and three or four members of her communications team to weigh in on, edit and re-edit a single proposed tweet, let alone scrutinize proposed, formal campaign statements.” Good insight into how Clinton will govern.

The friends and foes of Donald Trump and Hillary Clinton FT

Donald Trump campaign denounces, severs ties with Ohio Republican Party Chairman Matt Borges Cleveland Plain-Dealer. Doing them a favor, probably. Neither Portman nor Kasich need Trump. There’s no upside for them at all.

Inside a week of Trump rallies: Talk of a rigged election, biased media and barbecue fries Los Angeles Times

Trump Will Lose the Election. But He May Still Win the War. In These Times. “He’s gearing up for a long war. Clinton would do well to do the same.” Depends on how you define the war, and whether you assume good faith.

Write-ins could propel Bernie Sanders in Vermont, even though he doesn’t want to win McClatchy

How to achieve the bathroom of your dreams WaPo. “Personalize the space by shopping for vintage pieces, adding art, buying beautiful towels, selecting the right color paint, finding a great rug, placing an orchid in a decorative container, displaying special items on a tray, and adding a beautiful mirror and fabulous sconces.” And don’t forget a powerful fan!

Why the Economy Doesn’t Roar Anymore WSJ. Embrace the suck.

How Did Walmart Get Cleaner Stores and Higher Sales? It Paid Its People More NYT. Who knew?

Voters’ Education Level a Driving Force This Election WSJ. Education being one proxy for class (though imperfect, as with adjuncts, burger flippers with liberal arts degrees, etc.). 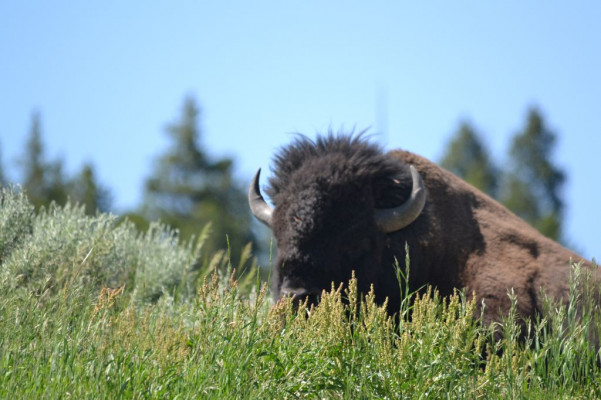