Battery can be recharged with carbon dioxide PhysOrg. Chuck L: “Some of the scads of money being thrown at utility-scale energy storage since renewable but unpredictable generation technologies started becoming competitive are beginning to pay off. Flow batteries as a class have perhaps the most promise for this application.”

Trump reaffirms one-China policy in surprise phone call with Xi Jinping South China Morning Post (J-LS). This is a big walkback. Trump threatened earlier to use it as a bargaining chip.

Greek bonds sell off sharply as EU-IMF rift deepens Financial Times. Mr. Market is worried that the IMF might be able to stick to its guns this time, as we suggested earlier this week. “Although Athens’ debt bill does not come due until July, authorities fear they must achieve a breakthrough by mid-February to avoid the issue becoming politicised in the upcoming Dutch and French national elections.”

Greece: the low-noise collapse of an entire country failed evolution

Republicans are reportedly using a self-destructing message app to avoid leaks The Verge. The NSA still has it, but they don’t respond to subpoenas. But has it not occurred to any one that this could facilitate leaks? No readily uncovered footprints.

US Visitors May Have to Hand Over Social Media Passwords: DHS Slashdot (furzy)

How the Democrats Can Stop Neil Gorsuch Vanity Fair (J-LS). Title is misleading but the content is important. Lambert: “Since Gorsuch was elevated to his current position by a voice vote, he is, by definition, acceptable. Stupid Democrats. And poor Merrick Garland. Boy, did Obama make him look like a fool. Used and discarded like tissue.”

States most affected by trade war with Mexico Angry Bear

The Uncomfortable Truth: Are We Hating Donald Trump for the Wrong Reasons? Counterpunch (Li)

No Pink Woolly Caps for Me Counterpunch (Li)

Should House Democrats write off rural congressional districts? Washington Post. UserFriendly: “Good bye Democrats, so much for caring about poor people, we have a shot in the suburbs!!!​”

Miner thrashes proposed city-county merger: Plan is ‘corporate looting’ Syracuse. Bob: “The city formerly known as Syracuse: Wow. Just wow. 33 million in savings. Not even a rounding error in the budgets of the combined entity.”

Larry Summers: Do companies care too much about the short term? The jury is still out. Washington Post. UserFriendly: “​Just when I thought Larry Summers couldn’t get any dumber.​ Links to a great report though.”

The End of Scarcity in Agricultural Commodities Means Failing Farms in the U.S. Big Picture Agriculture

Urgent Memo to the Governor: Stop the Witch Hunts at CalPERS Los Angeles City Watch. This is a strong letter. And it is also a reminder to NC readers in CA: if you haven’t written to governor Jerry Brown, state treasurer John Chiang, and state controller Betty Yee about the latest travesty at CalPERS, this is a reminder to do so pronto. Background and contact information here.

Exposing the Myths of Neoliberal Capitalism: An Interview With Ha-Joon Chang TruthOut (margarita)

The most important skill for middle class workers isn’t being taught in American schools Quartz. I find this offensive. It conflates social skills (which contrary to what the story claims, is most definitely taught at private schools, just not formally) with extroversion. As I am sure many readers can demonstrate from their own experience, there are plenty of extroverts who are jerks and plenty of introverts who are well mannered but nevertheless find being around people to take energy. The article falsely implies introverts can be turned into extroverts….and parents who believe that will not be doing introverted children any favors. (I’m not persuaded by studies like this, where the study designers had a bias and the participants clearly wanted to see what they defined as progress….and like the story above, it conflated having social skills with extroversion. Extroverts get energy from being with others and therefore feel a need to be around people most of the time. Making an effort to meet with people isn’t at all the same as being more extroverted). However, I have separately read that people with more weak social ties do better at finding work than people with fewer, deeper relationships. And given how short job tenures are, having an advantage in landing a job means more likelihood of being employed over time.

Antidote du jour. Katharine R: “From an unknown source. I can’t figure what it is–even more vivid than a painted bunting.” 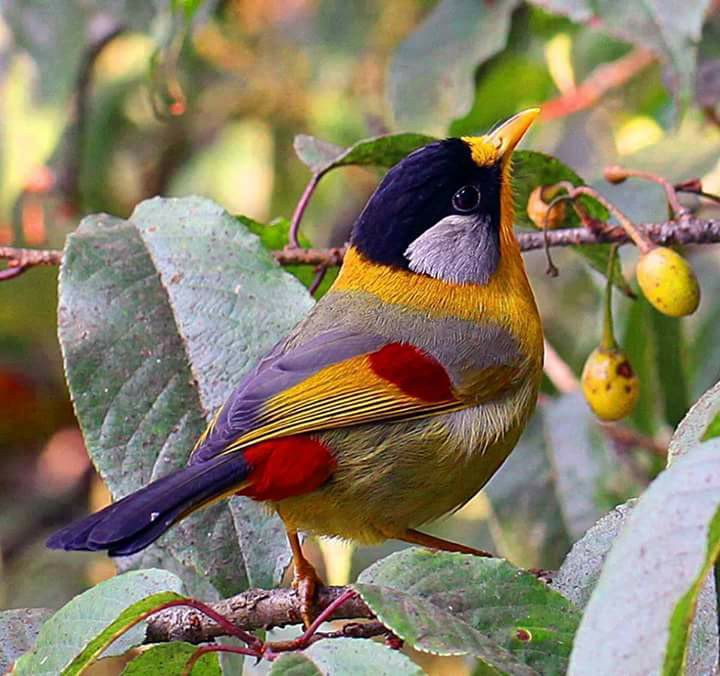