How will President Trump reshape the Fed? Gavyn Davies, FT

Austerity was a bigger disaster than we thought WaPo

Ecuador vote down to the wire, leftist a whisker from first round win Reuters

Why Do So Many Americans Fear Muslims? Decades of Denial About America’s Role in the World The Intercept (Furzy Mouse).

Panic Over China Is So Last Year, With Market Swings Subsiding Bloomberg

Patient Protection and Affordable Care Act; Market Stabilization (PDF) DEPARTMENT OF HEALTH AND HUMAN SERVICES (71 pp). On a quick reading of the executive summary of these proposed rules, they look to me like an attempt to move toward continuous coverage by tightening the eligibility period. And then there’s this:

Third, we propose revising our interpretation of the guaranteed availability requirement to allow issuers to apply a premium payment to an individual’s past debt owed for coverage from the same issuer enrolled in within the prior 12 months. We believe this proposal would have a positive impact on the risk pool by removing economic incentives individuals may have had to pay premiums only when they were in need of health care services. We also believe this proposal is important as a means of encouraging individuals to maintain continuous coverage throughout the year and prevent gaming.

“[O]nly when they were in need of health care services.” In other words, those pesky consumers are treating the ACA is if it were about the delivery of health care, instead of being a vehicle for collecting insurance payments. Can’t have that.

The White House Needs an Injection of Calm Peggy Noonan, Patriot Post. Don’t much like the site, but I wanted the complete piece. Nooners: “But it may mean something that the other night in a speech in Trump-loving Oklahoma, I said of the president’s colorful aides, ‘They should get off TV,’ and the room burst into applause. They should go and sit in their offices and plan something. White Houses, which are always dramatic places that deal with daily crises, don’t need more drama. They need systems, order, process, calm. They need clear lines of authority and responsibility.”

Russia, US should start with minor steps to restore ties — US expert TASS. Normally, I wouldn’t quote TASS, but this seems an obvious signal, along the lines of China stopping coal shipments to North Korea.

More About Russia and Less About Flynn? Philip Giraldi, The American Conservative

Treason! It’s a provocative charge being leveled against Trump, and one that rarely amounts to much LA Times

The Press is Trump’s Enemy, Not The Left’s Friend Ian Welsh

Viewpoint: The Boeing Vote Was Not a Referendum on Organizing the South Labor Notes

Inequality in the Robotic Age The Wire (MR).

Politics Stressing You Out? You Aren’t Alone NBC

To take care of your heart, even little changes can help WaPo 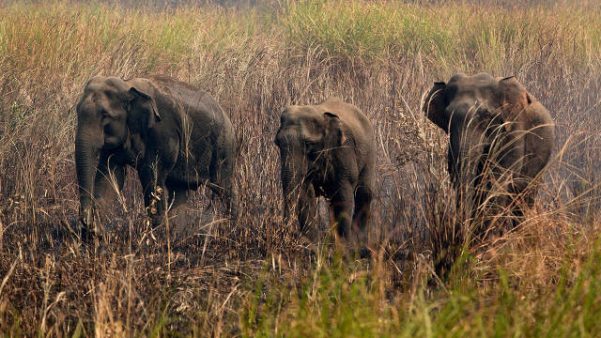 If only I could forget!