“FBI investigating Russia’s alleged meddling in US election” [TASS]. “The probe ‘includes investigating the nature of any links between individuals associated with the Trump campaign and the Russian government and whether there was any coordination between the campaign and Russia’s efforts,’ [FBI Director James Comey] said.”

“The FBI director also dealt the president’s credibility a blow when he said he ‘has no information that supports’ Trump’s allegation from two weeks ago that President Obama ordered surveillance [not “wiretap”?] of his communications in Trump Tower during the campaign. Only courts grant permission for electronic surveillance, Comey told lawmakers, and ‘no individual in the United States can direct electronic surveillance of anyone’ [NBC]. “Comey did not say, however, that no Trump associate was ever picked up by American surveillance. He declined to comment on anything related to surveillance under the Foreign Intelligence Surveillance Act, which allows the FBI to eavesdrop, with a court order, on people they suspect are agents of a foreign power.”

“Save the ACA” [Indivisible Guide]. Medicare for All isn’t a talking point?

“Trump has proposed canceling federal government subsidies to states that house prisoners and inmates who are in the U.S. illegally. He’s not the first president to try it, and undoubtedly will get an earful from states like California” [Los Angeles Times].

“Amid the complaints about last year’s process, Democrats on Monday described themselves as taking the high road now. Meeting with Judge Gorsuch and participating in the hearing, Senator Richard J. Durbin of Illinois said, represented “a courtesy which Senate Republicans denied to Judge Garland'” [New York Times]. “Courtesy.” Dear Lord. What losers.

“While they’ve yet to prove they are capable of being any kind of a force to be reckoned with, a handful of groups that grew out of the Sanders movement have already begun issuing primary threats against Democratic incumbents” [NBC]. Splendid!

UPDATE “Election 2016” [Mike Davis, New Left Review]. I linked to this post this morning, but I want to call out this section:

The defection of white working-class Obama voters to Trump was a decisive factor mainly in a lakeshore rim of industrial counties in Ohio and Pennsylvania—Ashtabula, Lorain, Erie and so on—which are experiencing a new wave of job flight to Mexico and the Southern states. This region is the epicentre of the revolt against globalization. In other depressed areas—the coal counties of southeastern Ohio, the former anthracite belt of eastern Pennsylvania, the Kanawha Valley of West Virginia, the piedmont textile and furniture towns of the Carolinas, Appalachia in general—the pro-Republican blue-collar realignment in presidential politics (but not necessarily in local or state politics) was already the status quo.

So I’m not the only one to identify counties flipping from Obama to Trump as critical pathway to misfortune for Clinton. And now the key question:

The mass media has tended to conflate these older and newer strata of ‘lost Democrats’, thus magnifying Trump’s achievement. A fifth of Trump voters—that is to say, approximately 12 million Americans—reported an unfavourable attitude toward him. No wonder the polls got it so wrong. ‘There is no precedent’, wrote the Washington Post, ‘for a candidate winning the presidency with fewer voters viewing him favourably, or looking forward to his administration, than the loser.’ It will be interesting to see if a disaggregation of this segment of the Trump vote is possible.

This “disaggregation” could already be happening:

The reason? I’m guessing the awful Republican health care plan. And while the Democrat Establishment is yammering about saving the ACA, Sanders is out selling universal health care in West Virginia. Successfully!

Chicago Fed National Activity Index, February 2017: “Led by employment and including strength for production, February was a good month for the economy. The national activity index rose to 0.34 vs a revised minus 0.2 in January, lifting the 3-month average to a 2-year high at plus 0.25: [Econoday]. But and: “The single month index which is not used for economic forecasting which unfortunately is what the CFNAI headlines. Economic predictions are based on the 3 month moving average. The single month index historically is very noisy and the 3 month moving average would be the way to view this index in any event” [Econintersect]. “In the table, see the three month rolling average for the last 6 months – it had been staying within a very tight range – but this month it broke through the ranges and now is very positive.”

Retail: “We went to Starbucks every day for a week to see how the coffee giant is dealing with its biggest problem” [Business Insider]. Interesting in that Starbucks management seems to have no idea at all how its stores operate. (And I confess I rather like Starbucks, at least in Manhattan; the baristas always have great Manhattanite elan.)

IT: “IBM launches enterprise-ready blockchain service [Reuters]. So I guess in this context, blockchain doesn’t have to scale?

Debt: “Say Hello to $3 Trillion in Forgotten Debt” [Bloomberg]. “Companies have been on a borrowing binge, but you wouldn’t always know the full scale of their liabilities by looking at the balance sheet. This makes it hard for investors to compare businesses that fund their activities in different ways. Happily though, that’s about to change.How come? The answer is buried in the notes to financial statements (you know, the ones you don’t bother reading). It’s here that companies have parked about $3 trillion in operating lease obligations, according to Bloomberg data.”

“Vaping etiquette: How to tackle the social minefield” [BBC]. News you can use!

“Can California Achieve Universal Health Care in the Age of Trump?” [The Nation]. ” That brings us to Newsom’s pitch, modeled on a program called Healthy San Francisco, which was instituted in 2007 when he was mayor. This is not single-payer health insurance, but it would guarantee universal access to health care. It’s a kind of hybrid between the managed-care craze of the 1990s and the socialized medicine of Britain’s National Health Service…. the universal-care idea differs from the single-payer approach that even Newsom’s supporters prefer. It’s certainly easier to find the money to fill in the cracks of the current system than it is to overhaul it. But what if those cracks become gaping holes?”

“Medicaid is out of control. Here’s how to fix it.” [Robert J. Samuelson, WaPo]. I find the Democrat silence on capping Medicaid deafening.

“A global report on happiness devoted an entire chapter to misery in America” [Quartz]. “Jeffrey Sachs, an economist at Columbia University and one of the report’s lead authors, argues in the chapter that much of US policy directed at solving economic problems misses the point. … [S}urvey respondents place[d] themselves on a 10-rung ladder to assess their own happiness. The top rung represents the best possible life they could be having, and the bottom rung represents the worst. Since this measure was first taken, in 2007, American happiness has declined 7%. The report breaks that fall down into six indicators. Two have got better: income per capita and healthy life expectancy. But the other four have all gotten worse. Fewer people said they felt free enough to choose what they do with their lives. Fewer said they had someone to count on in times of trouble. People were less generous, as measured by donations to charity. And they perceived politicians as more corrupt.”

“The decline of neoliberalism is emphatically not the decline of capitalism, so what does it mean to say neoliberalism is past its sell-by date? Neoliberalism is not, after all, just a set of policies that can be discontinued and replaced with something else — neoliberal capitalism has birthed a complex global economy that isn’t going to change overnight. Moreover, neoliberalism is also an encompassing set of orienting ideas that pervades all spheres of life; its core ethos of faith in private enterprise, ever-expanding commodification, and bootstrap individualism remains robust” [Jacobin], “The politics that prevail in America will determine whether the transition from neoliberal capitalism to something else is a step forward or a descent into hell.” Yep.

UPDATE “Too Frightened to Change a Hated Order” [Perry Anderson, The Nation]. ” For anti-systemic movements of the left in Europe, the lesson of recent years is clear. If they are not to go on being outpaced by movements of the right, they cannot afford to be less radical in attacking the system, and must be more coherent in their opposition to it. That means facing the probability that the EU is now so path-dependent as a neoliberal construction that reform of it is no longer seriously conceivable.” And the United States?

“How the internet found a better way to prove you’re not a robot” [Business Insider]. A Google service: “The new, ‘invisible reCaptcha’ aims to tell whether a given visitor is a robot or not purely by analysing their browsing behaviour. Barring a short wait while the system does its job, a typical human visitor shouldn’t have to do anything else to prove they’re not a robot.”

Readers, feel free to contact me with (a) links, and even better (b) sources I should curate regularly, and (c) to find out how to send me images of plants. Vegetables are fine! Fungi are deemed to be honorary plants! See the previous Water Cooler (with plant) here. And here’s today’s plant (PM): 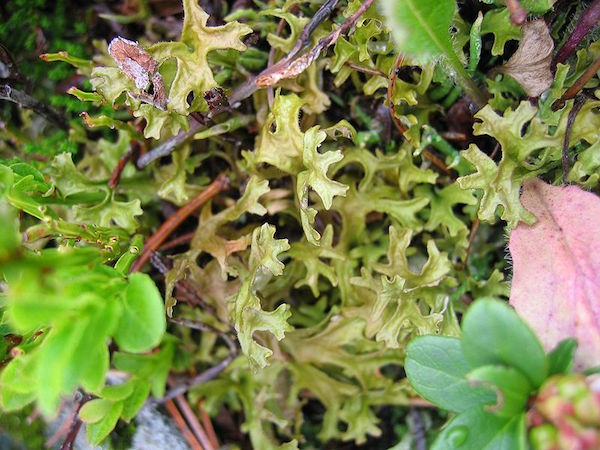 PM writes: “Iceland Moss Lichen (Cetraria islandica). Used in Icelandic Schnapps. Had shot of this tonight at a dinner party..
Tastes and smells like a cross between Angostura and Raicilla.”