How Uber Uses Psychological Tricks to Push Its Drivers’ Buttons NYT (Hubert Horan). Of these tricks, the FT’s Izabella Kaminska‏ remarks: “The whole concept of ‘nudging’ is abhorrent to my mind and agency/autonomy compromising. The new feudalism.” At this point, we remember that Obama’s Administrator of the White House Office of Information and Regulatory Affairs, Cass Sunstein, was a big “nudge theory” proponent. So Obama and Trav share a special bond.

Spain accuses Britain of ‘losing its temper’ over Gibraltar, as talk of war is dismissed as ‘absurd’ Telegraph

There Could Be Another Twist in the French Election Bloomberg

What should Xi and Trump talk about? Asia Times

China Learns How to Get Trump’s Ear: Through Jared Kushner NYT

A Civil Code for China: A Great Leap Forward for the Rule of Law The Diplomat

Trump: US will act unilaterally on North Korea if necessary CNN

Too Many Tourists a Concern in Cambodian ‘Killing Fields’ VOA

F-35 Continues to Stumble Project on Government Oversight. Brutal. I especially like this passage. Remember the $600,000 custom-fitted helmet pilots wear?

[T]he helmet visor displays the flight instruments and the target and threat symbols derived from the sensors and mission system. … Then there is the matter of pilots actually seeing double due to “false tracks.” There is a problem with taking all of the information generated by the various onboard instruments and merging it into a coherent picture for the pilot, a process called sensor fusion. Pilots are reporting that the different instruments, like the plane’s radar and the EOTS, are detecting the same target but the computer compiling the information is displaying the single target as two. Pilots have tried to work around this problem by shutting off some of the sensors to make the superfluous targets disappear. This, [the Director, Operational Test and Evaluation] says, is ‘unacceptable for combat and violates the basic principle of fusing contributions from multiple sensors into an accurate track and clear display to gain situational awareness and to identify and engage enemy targets.’

So imagine you’re driving your car wearing your helmet and there’s a truck coming at you. But your helmet’s lidar, visual, sound, and heat sensors display four truck-like digital blurs, not one. That’s what’s happening on the F-35, except a lot faster, up in the air, and in a squillion-dollar death-dealing machine. How on earth did the project get so far without meeting the most basic of requirements?

The Most Expensive Weapon Ever Built LRB. Compare to the previous. Is it just me, or has the LRB gone a bit mushy in the last few months?

Ratf*ck A Go Go! Atlanticists and MI5 Go After Trump! China Matters. Entirely speculative, but I like the breezy tone.

The deep state now works for the ‘good guys’ Al Jazeera. From the content, “deep state” should have air quotes, too.

Why, when it comes to the Right, do we ignore events, contingency, and high politics?: What Arno Mayer Taught Me Corey Robin

Donald Trump in his own words FT. “An edited transcript of the Financial Times interview with the US president ,” not pay-walled and Trump on Merkel, Twitter and Republican infighting — FT interview FT. Coverage, pay-walled. Nice get.

The Republican Identity Crisis The Atlantic. “[V]irtually everyone who wrote to me shared a common complaint: The traditional “Left ↔ Right” spectrum used to describe and categorize Republicans has become obsolete in the age of Trump. The question now is what to replace it with.” Democrats face the same issue — or would, if those darn Russkis weren’t such a bright, shiny object.

How a Hillary Superfan Ended Up Inside Trump’s Treasury Bloomberg. A “Hillblazer” from Black Rock. I’m shocked.

Democrats can do business with Donald Trump FT

[OSSOFF:] Maybe the reason he [Obama] spoke in some way kind of like this is because he was trying to do the same thing, which is to be precise and accurate and thoughtful and substantive and say what you mean and what you feel and what you think is right without serving up something that the opposition can easily slice, dice, and throw up against you…. It’s important that you understand that I’m not saying you don’t say what you really mean. What I’m saying is your brain is working at 300 percent all the time because you need to both do that and parse your words in such a way that it can’t be used against you… It’s challenging.”

Can anything be gleaned from this pile of mush? Where’s Ossoff on #MedicareForAll? Running his brain at 300 percent to avoid taking a stand?

Former Obama staffers run for office to protect the progressive policies they built Guardian (MR). As opposed to, say, #MedicareForAll?

The destruction of Hillary Clinton: sexism, Sanders and the millennial feminists Guardian. “As I watched Sanders enchant the crowds, it was something of a deja vu experience to see a charismatic male politician on stage telling women which issues are and aren’t progressive.”

It’s possible — but difficult — to build wealth while earning the minimum wage Business Insider. “For a single parent or for someone supporting an ill family member, circumstances are considerably more difficult.” And we live in a society that seems optimized to create ill family members and prevent or destroy marriages.” So good luck doesn’t figure at all!

Neoliberalism Is Killing Us: Economic Stress as a Driver of Global Depression and Suicide Truthout

Oligarchy in America Counterpunch (GF). This is why the Democrat cries that “Trump is conflicted!” leave me cold. Oligarchs are conflicted, by definition. Are “their” oligarchs worse than “ours”?

Why you should worry that your browsing history is now for sale New Scientist. Google and Facebook (presumably), which are not infrastructural, don’t have access to your banking data. Your ISP, which is, could.

Eroding the Presumption of Innocence in USA Another Word For It

With Floating Farm, New York Looks to the Future of Public Parks Bloomberg. Permaculture makes the big time. For good or ill. 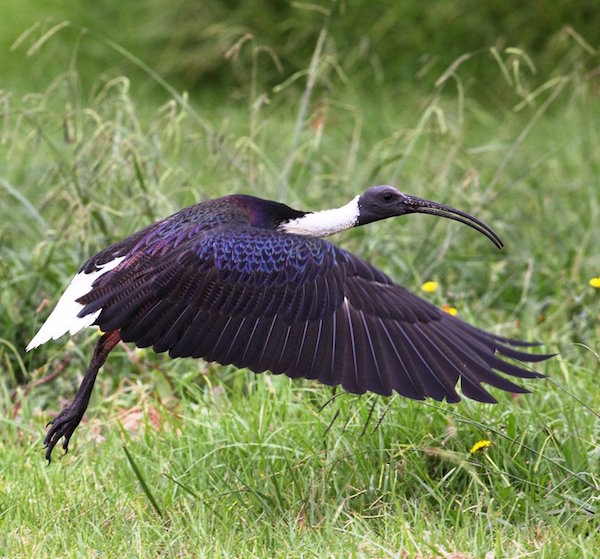 This is the best video on the Internet currently. pic.twitter.com/KPNZddth5S