Who do you want a war with? Take the Mash test Daily Mash. I suspect readers could create their own version.

Meet the professor who teaches a 7-hour-long class called ‘Existential Despair’ Daily Pennsylvanian (guurst). Some might say we do that here for free! Actually, though if you read the article, this sounds like using the reading to create the effect of watching the movie Die große Stille and talking about it later.

Smartphones and Cognition: A review of research exploring the links between mobile technology habits and cognitive functioning Frontiers in Psychology (resilc). Some of the findings are wild, such as: “Further evidence suggests that even the mere awareness of the physical presence of a cell phone may impact cognitive performance.”

Trump and Xi: Ahead of Summit, Both Try to Reset U.S.-China Ties Wall Street Journal

David Murray warns of 1890s housing crash depression MacroBusiness. Effectively presupposes a China crash, since they’d need to not be able or inclined to bottom fish.

MEPs tell Britain: Without us, no deal Politico

Freeing up the rich to exploit the poor – that’s what Trump and Brexit are about George Monbiot, Guardian (Joe H, vlade)

Alison notes based on the latest polls:

Marine Le Pen might do better than expected because probably some people do not want to admit to pollsters that they will vote for the Front National. That was the great shock in the presidential election of 2002, when contrary to polls, the socialist candidate Lionel Jospin was defeated by a whisker in the first round, and Jacques Chirac and Marine’s father Jean-Marie Le Pen (founder of the Front National) were the two candidates in the runoff (Chirac won, of course). People remember that election.

Greece races to secure next tranche of aid Financial Times. Recall the plan was to get this settled well before the French election. Oops. And it isn’t clear whether the IMF will get on board.

Sicily: the base for a US/Nato attack Voltairenet (Wat). From last month, still interesting.

The Sovietization of the American Political-Media Establishment? TruthDig

ARE YOUR FEELINGS GETTING IN THE WAY OF YOUR ONLINE PRIVACY? JSTOR

The Nasty Truth About the CIA Veterans Today (Judy B). The claim is pretty extreme, so I wouldn’t take this as gospel. However, the author allegedly had a front row seat.

‘Extreme vetting’ would require visitors to US to share contacts and passwords Guardian. You can see where this is going. Americans going overseas would be required to do the same and our Five Eyes poodles would send the info to the US.

Trump’s Authoritarian Vision Los Angeles Times. Part three of five. Links to early editorials in the series at the top of the piece

The Push for Single-Payer Healthcare Is On. Democrats Should Get on Board or Get Out of the Way. In These Times (resilc)

Centrists push back on new ObamaCare repeal plan The Hill

The Military Is Resisting Trump’s Denialism, but It’s Still Not a Force for Climate Justice Truthout

Bernie Sanders’s Misguided Attacks on the “Liberal Elite” New Republic. Bob K: “This is the definition of a “left” hack. You wouldn’t think it possible to get everything wrong about the elites who captured the Democrat party, but this guy is giving it a shot.”

Dimon Warns ‘Something Is Wrong’ With the U.S. Bloomberg. As if he isn’t part of the problem.

Wells Fargo Has to Pay a WhistleBlower $5.4 Million and Give Him His Job Back Reuters (Ulpanaylaylo). Not related to the fake accounts scam.

Smoke pollution and health in the 19th century VoxEU

At Newport, Oregon. Imagine this scene x 10 (other, and larger, platforms also). When a newcomer tries to board, there’s lots of complaint, aggressive teeth-flaring, etc. Once they are aboard, all is snuggly-wuggly.

They really seem more like sea cows than sea lions. 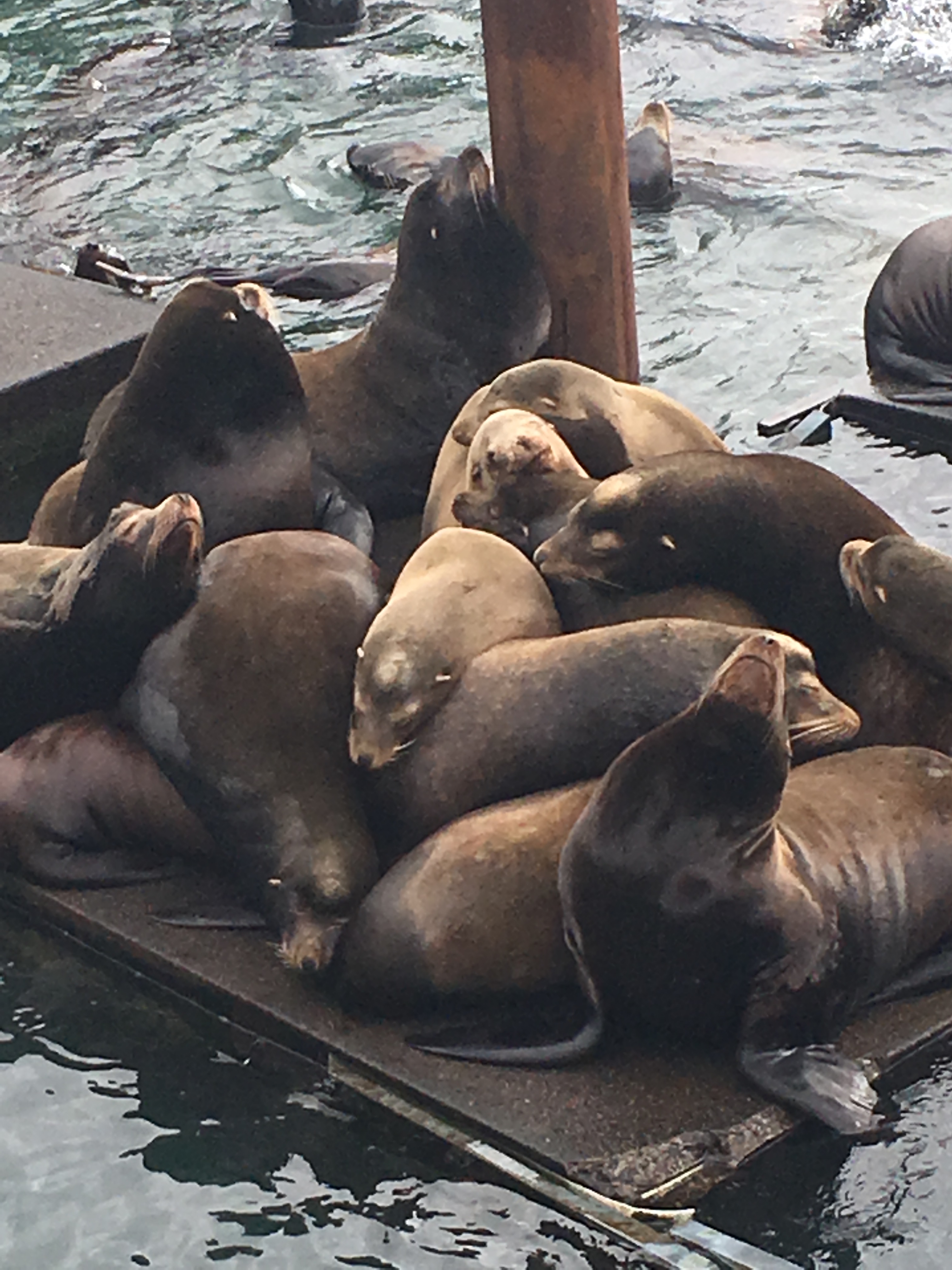