Only 36% of Indian engineers can write compilable code: study ITWire

Emmanuel Macron’s policy to move border controls from Calais would be a ‘nightmare’ and could cause huge delays for travellers, UK shipping chief warns Sun. May is in no position to say anything is “not up for discussion”.

DITCHING EU! Gibraltar commits to Hard Brexit as it drops hope of deal with Brussels Express. I suspect they haven’t worked out what it will be like dealing with border controls. They’ll have to have a customs operation all their own. A lot of government overhead for 10,000 people, and that’s before you get to the loss of business in Euros.

CHURCH GETS LAST LAUGH AND TAKES ST. ISAAC’S IN ST. PETERSBURG, PLUS THE MONEY John Helmer

The Silent Slaughter of the US Air War Consortiumnews (martha r)

Dems ask Justice Dept, FBI to ‘preserve any and all files’ on Comey firing The Hill. As someone in comments pointed out:

What files? Discussions between Sessions and any other DOJ official about Comey and about personnel changes would be deliberative process privilege. Congress will not get one single file about Comey’s firing.

Sanders Statement on James Comey. Martha r: “As usual I wish sanders would just shut up about the Russians. i can’t believe he really buys the Russia election interference B.S.”

Comey falls victim to Trump’s Tuesday night massacre Edward Luce, Financial Times. The wee problem is blaming this all on Trump is Sessions and the deputy AG signed off on Comey’s firing. They should have been able to talk Trump out of this or insist he fire them too if they regarded this move as out of line.

First on CNN: Senate Russia investigators ask Treasury for Trump team financial information CNN (furzy)/ The wee problem is that it is banks, not real estate property owners, who are responsible for taking steps to prevent money laundering. Plus Trump licenses his name widely, and in those cases would not be involved in property sales.

How the White House Explains Waiting 18 Days to Fire Michael Flynn New York Times (furzy). I hate sounding like I am defending Trump but this sort of thing drives me nuts. Headline presumes guilt when Trump didn’t want to act on what amounted to one person’s say so and was doing more fact-gathering.

U.S. Democratic senators seek probe into Icahn’s biofuel credit dealings Reuters (UserFriendly). This looks pretty desperate. Very few markets are subject to insider trading restrictions. They are mainly an artifact of registered securities markets. As for market manipulation, these RINs are simply legal to be traded. There don’t appear to be any regulations whatsoever regarding how they are traded. So the only rules that would appear to be apply would be ones regarding collusion and price fixing. Put it another way, we’ve been complaining for years about widespread buying of insider information, via firms like Gerson Lerhman (see here and here) yet perilous little has been done about it.

Nixon proposed a National Health Insurance Program – an expansion of Medicare to cover the health needs of all Americans. This radical proposal (a version of ’single payer’) was attacked and defeated by the Democratic Party, led by Massachusetts Senator Ted Kennedy who was backed by ‘Big Pharma’, the AMA and the growing corporate ‘health’ industry.

U.S. Census director resigns amid turmoil over funding of 2020 count Washington Post. Chuck L: “To paraphrase Stalin, ‘It’s not the voters who count, it’s the people who count the voters.'”

When Asked About DNC Unity Tour, Bernie Sanders Said, ‘I Know What Happened During My Campaign’ Inquisitur

IT worker who trained H-1B-holding replacement aims for Congress ComputerWorld. Techies of the world, unite…?

IMF Report: U.S. Corporate Debt Could Be Trump’s Waterloo Pam Martens and Russ Martens (Glenn F). Wonder how much of this is due to the increase of private equity relative to total equity. It’s doubled over this time period.

Oil Below $65 Per Barrel…For Years OilPrice

‘Why Should We Worry About the National Debt?’ New York Times. The New York Times hard at work at its official job of making readers stupider. As MF wrote:

Apparently, they have taken to publishing “educational” primers explaining how the world works, or, in this case, how you have to see it the same way as those in power.

You will see that the tone is generally alarmist and emphasizes borrowing as the only realistic way to finance the debt. However, toward the end, they sneak in an acknowledgement of other reality:

What if investors balked? Well, there is an escape hatch. The federal government could repay its debts by printing fresh dollars and giving them to its creditors.

Notice that the article then refuses to explain at all why this is only an “escape hatch,” who gets to decide when we get to use the “escape hatch,” and what the consequences of it would be. It is just presented as an almost unspeakable alternative.

To give you an idea of how much the Grey Lady thinks of its readers, it has also taken to running explainers like this: How to Get Ketchup From a Bottle Without the Wait, Watery Goo and Splatter. I saw a contact yesterday, who pulled out a print copy of the Times (as in the May 8 edition) and showed me a version of this article….on page A2.

SEC probes rental home values in private-equity bond deals Bloomberg (DO). Sent this via National Mortgage News so you can see the comment regarding the fact that underpaying for BPOs (broker price opinions) results in them being drivebys or otherwise poorly done. This was endemic with mortgage securitizations and was one of the reasons we’ve been skeptical or rental securitizations: they seemed guaranteed to perpetuate the bad practices of mortgage servicing and add not good wrinkles of their own.

A Dodd-Frank Rewrite That Would Increase the Chance of Bailouts New York Times. A short and clear explanation.

Chronic pain: Honor above comfort Alamosa News (martha r). Goes here because doctors virtually turn over their prescription pad to well off patients; they’d never be subjected to something so offensive. I’ve been shocked to have MDs offer meds when I wasn’t asking for them. Apparently complaining about pain or tiredness is code for “Dr. Feelgood, what can you do for me?”

Antidote du jour. Crittermom: “I love Springtime! All the birds are returning, like this Yellow-rumped Warbler (male). What I see out my window is much more entertaining/healthier than I could ever find on TV.” 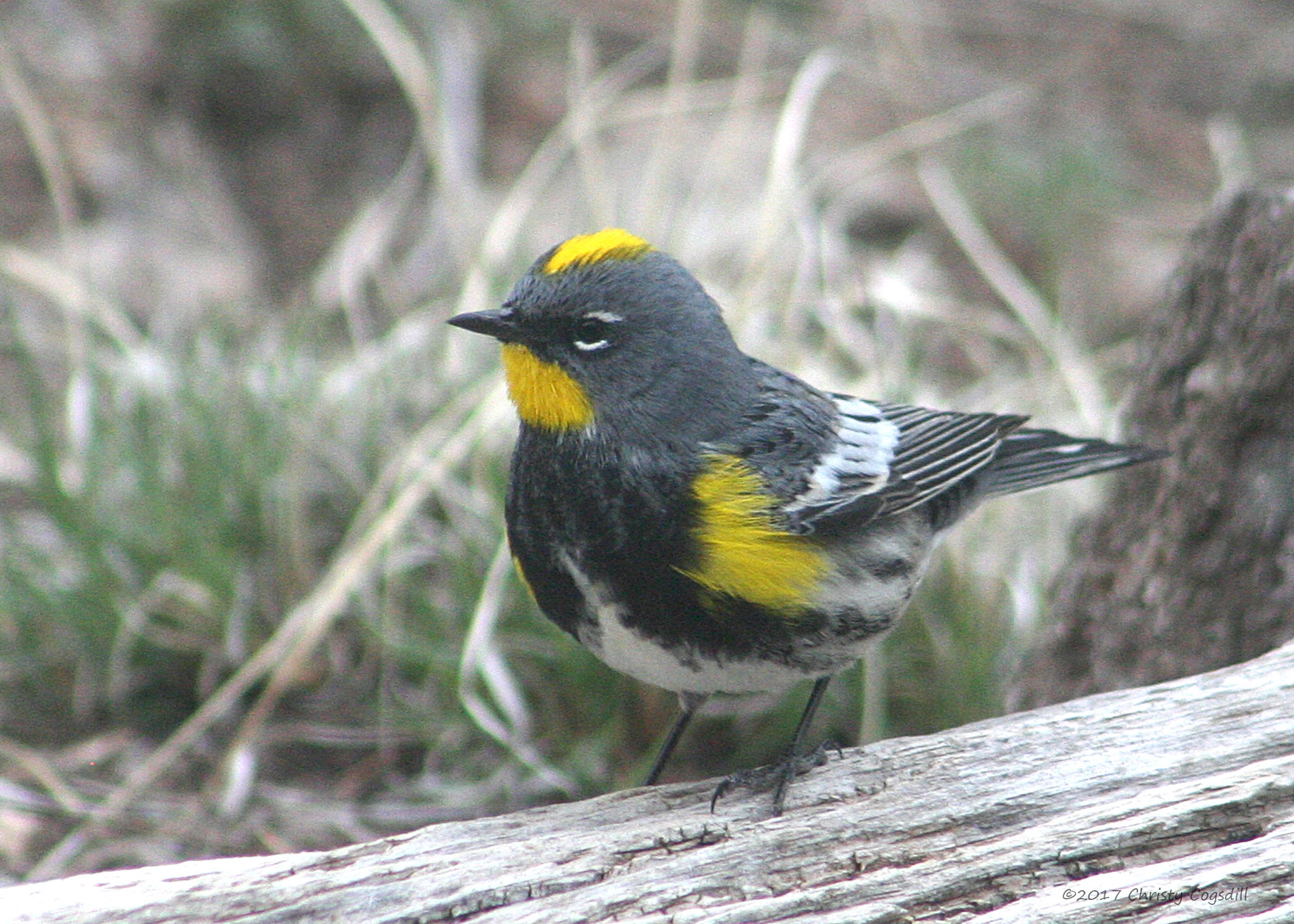