Uranus is a ‘nightmare’ with a lopsided, tumbling magnetic shield that opens and closes every day like a light switch Daily Mail

Next global crash could come “with a vengeance”, central bankers have warned City AM

87th Annual Report (PDF) Bank for International Settlements. Reader comments on a post regarding this report were pleasingly caustic; here’s the whole thing.

Federal student loan interest rates to rise Saturday CNBC. “Rates were set based on the Treasury Department’s May 10 auction of 10-year notes.” Now there’s a system that makes it easy for families to plan.

California to List Glyphosate as Cancer-Causing; Monsanto Vows Fight US News. The real cancer is privatizing the world’s germplasm…

Hersh’s Big Scoop: Bad Intel Behind Trump’s Syria Attack Counterpunch. Oddly, or not, Hersh’s story hasn’t been picked up by any mainstream media.

France’s Macron ‘to end state of emergency’, but keep its anti-terror powers AFP

SPENDING’S UP AND DUP Theresa May faces fury as deal with the DUP to stay in power could cost British taxpayers £24BILLION The Sun. When you’ve lost The Sun…

The Conservative-DUP deal is great news for the DUP, but bad news for Theresa May New Statesman

Grenfell tower: The beginning of the end for the Tory austerity regime Independent

Senate Obamacare repeal bill would leave 22 million more without health insurance McClatchy. The CBO report drops. The simplest metric of all makes the bill even harder to sell.

Senate Obamacare repeal on brink of defeat Politico. “The party will meet in a full caucus lunch on Tuesday for a gut check and some senators will dine with Vice President Mike Pence on Tuesday evening.”

American Medical Association: Healthcare bill violates the ‘do no harm’ standard Business Insider. So, 540,000 deaths over the next decade (BCRA) violates “do no harm,” but 320,000 deaths (ACA) does not?

A White House-backed group is going after a Republican senator who refuses to support the GOP healthcare bill Business Insider. Dean Heller.

The Compartments in WaPo’s Russian Hack Magnum Opus emptywheel. (My own views here and here.) “Whatever else this article is designed to do, I think, it is designed to be a threat to Putin, from long gone Obama officials”

Justices agree to weigh in on travel ban, allow parts of it to go into effect SCOTUSblog

Trump sends FBI director nomination to the Senate The Hill

Addressing Trump’s Errant Foreign Policy The American Conservative (Re Silc). “But on a broader basis, the president has allowed his non-interventionist stance to be subverted by the Republican establishment. He has backed away from seeking an alliance with Russia. He has accepted continued deep American involvement in the Middle East. He has given the Pentagon more money, which, without military reform, just buys more expensive defeats. He has pursued strategically irrelevant quarrels with Iran and, dangerously, North Korea. This is not what ‘America First’ looks like.”

Trumping the Constitution Jack Balkin. Seems to think “domestic propaganda machines” operate on behalf of only one party, but an interesting framework.

US court grants Elsevier millions in damages from Sci-Hub Nature. A bit stale, still worth a read.

Syrian dogfight reveals F-35 stealth fighter may be toothless tiger news.com.au. Read all the way to the end.

Why are the Western Balkans in crisis? These are the three primary tensions. WaPo

The Fall of the USSR Ian Welsh

Three journalists leaving CNN after retracted article CNN. It took the Times a lot longer to get rid of Judy Miller!

How a Rising Minimum Wage Affects Jobs in Seattle NYT

Socialism’s Future May Be Its Past Bhaskar Sunkara, NYT

The Silence of the Lambs TNR

The Mere Presence of Your Smartphone Reduces Brain Power, Study Shows The University of Texas at Austin (CL). That’s not a bug… 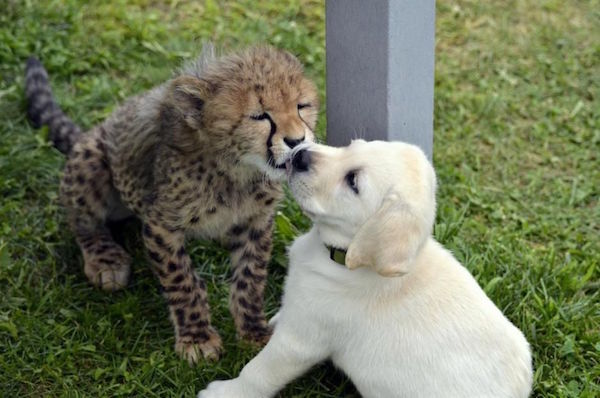 Apparently, cheetahs are really nervous animals, so some zoos give them “support dogs” to relax.