Urge Texas A&M University to end their cruel and useless Muscular Dystrophy dog labs. Change.org. Please sign. And if you know any Texas A&M grads, get them to send irate messages to the university president.

Digital cross-border constraints are a threat to a business’ growth, so it’s time to act South China Morning Post (furzy). This is Google et. al. trying to argue against the EU’s privacy and anti-monopoly laws as being bad for business. Yes, it is bad for their business.

In an interview with Fox Business Network, Trump said it would be easier to resolve the North Korea nuclear issue if the United States had a better relationship with Russia.

There are alternatives: late Brexit or no Brexit Financial Times. Key part:

Whitehall public servants say two years was never going to be long enough to repatriate responsibilities devolved to Brussels during more than four decades. More than a year has already been wasted….

This is not just about setting up new customs arrangements, as complicated as that will be. Brexit demands an entirely new national infrastructure of regulation, standards-setting and oversight. Oh, and environment, fisheries and farm policies. Big government, you might call it. And nothing can be done until the cabinet agrees on the extent of future divergence from Brussels.

The Qatar Blockade Could Cause A Regional Recession OilPrice

Twitter Versus RT: Which One is State Media Again? Counterpunch

All you need to know about the new restrictions on traveling to the US Quartz (J-LS). I don’t know why anyone would come voluntarily to the US.

Researchers Find Flaw That Could Turn LG Robot Vacuums Into Perfect Spying Machines Motherboard (resilc). This and Roombas, the only silly tech device that I was mildly interested in, since they double as cat toys.

Joe Arpaio Tells Steve Bannon He Wants to Head the Marshal’s Service Atlantic (resilc). I need to get working on that emigration plan….

Republicans spoil for a fight over Russia probe budget Politico

Gorka Says Hillary Clinton Is Guilty of Treason, Could ‘Get the Chair’ Daily Beast. Reslic: “The chair idea is fine, but not for this.”

Democrats Are United Against Trump, Divided on Everything Else Wall Street Journal

The Devastation of Puerto Rico Counterpunch

A CVS-Aetna Deal Is Logical But Also a Stretch Bloomberg

Gold-Backed Petro-Yuan Silliness: Reserve Currency Curse? FXStreet (furzy). Mish gets this 100% right. As an aside, I wind up not reading him any more by virtue of his having moved to a platform of some sort.

US teenager who won golf competition denied trophy because she is a girl Guardian (Dr. Kevin)

George H.W. Bush apologizes for alleged groping incident Politico. Not to worry, this won’t dent Team Dem enthusiasm for him.

Naming sexual harassers without due process is mob justice Asia Times. While I know plenty of women who have been harassed, I also know two men and one woman personally who were falsely accused, and the process of getting the case dismissed was terribly damaging psychologically to one of the men. And worse, I know of no women personally who pushed cases where they have legitimate grievances. So my limited sample says there is a propensity for people to resort to the sexual harassment charge when they want to get someone in situations where a smear will do damage even if they lose (as in there are no adverse consequences for them to make flat out false or highly questionable charges. This is admittedly a comparatively rare set of circumstances yet it is disturbing that that does happen and with enough frequency that with my comparatively small circle I know of this many cases. But it also reflects that I stopped being an employee in male-dominated companies pretty young and thus know only generally pretty decent men. In one case amounted to three women separately complaining each only of one incident each that literally consisted of the man saying the woman was wearing a nice dress or cute shoes [I forget what the third one was but it was of the same ilk]. This was in an environment where management had an agenda against the man, and I assume they couldn’t go after him on the usual default, expense account abuse).

The problem is that the tables are normally so stacked against women that we lack mechanisms for handling this sort of thing well. By contrast, when I worked in Japan, the norms of what was acceptable and not acceptable were so well understood that if a woman complained to the personnel department at Sumitomo Bank (which unlike US companies, is powerful) the man was fired immediately. That was because it was also understood that the bar for complaining was high, since the overwhelming majority of women at Sumitomo in fact were interested in marrying a man there, and even the few women on the professional track would be concerned about hurting their position if they complained on minor matters (like a man complimenting a woman on her dress, which then would have been seen as perfectly fine). The practice was referred to as “the pink purge.” This was such a big deal that not abusing women employees was the topic that the chairman, one of the most powerful people in Japan, chose to discuss with the incoming class during their first month of training. The bank had lost too many promising men to the “pink purge” not to try to warn new employees that they were deadly serious about it. I think one reason management was so hard-nosed is that they viewed managers poaching on women as a source of unproductive gossip and tension, as well as concerns over favoritism.

ICO Alert (Richard Smith). Clive: “I did look through the entire list and feared that all the bases had already been covered. But then I did spot one remaining gap in the market: “tokenising and monetisation of cat videos”. I think I should bags that one now, before some other bright spark nabs it. I’ll be sure to remember you all when I’m sitting on my billions from the IPO. ” Moi: Investors in this stuff are the finance version of Darwin Award winners. So one could argue that taking them improves the caliber of investing…save that they ICO sponsors are crooks, so more money to them means they go do more harm. But just think if one instead did some ICO-based Robin Hoodery…say, 80% to feed the homeless, 10% for the greater good of Naked Capitalism, and 10% to sue CalPERS.

Rolex Daytona Sells For $17,752,500, Becoming The World’s Most Expensive Wristwatch Ever Sold Hodinkee. Mason K: “This is auction report for Paul Newman’s watch. It was the most expensive wrist watch ever sold. Also, 80,200 people are homeless in Chicago, where I live, and where nighttime lows are already in the 30s.” Moi: And Rolexes aren’t particularly good watches either.

How to Stop Gentrification and House a Nation Counterpunch 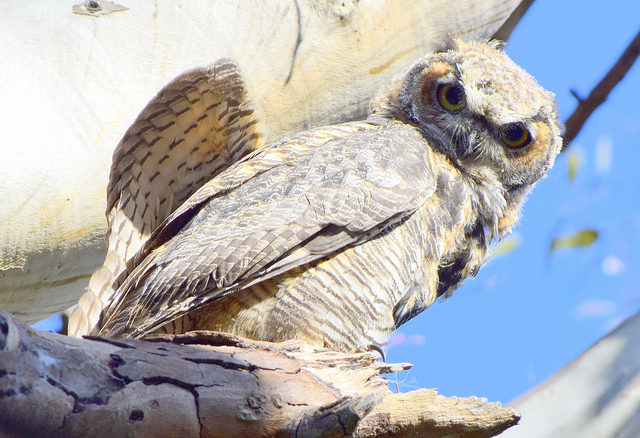