DNA results are in: Animal previously believed to be wolf-dog hybrid identified ABC7

No sign of North Korea dismantling nuclear weapons programme, Mattis admits Guardian (furzy). All the US got was a T-shirt, um, an aspirational statement.

Europe needs a fresh approach to climate strategy Bruegel. Illustrates how difficult it is to structure and sequence analysis and decision-making for complex matters…even assuming there’s the political will to do what needs to be done.

Airbus: ‘Catastrophic’ Brexit would threaten our future in the UK CNN

The Brexiteers are discovering that the UK already had the best model: EU membership New Statesman (Kevin W)

A Rare Look at Yemen’s War, Where Children Starve and Hospitals Are on Life-Support Intercept

This, by @willwilkinson, is important. Outrageously overblown moral panic about human trafficking–a cause beloved by left and right, feminists and evangelicals–paved the way for family separation. https://t.co/X8QhGkCm66

There’s no immigration crisis, and these charts prove it Washington Post. Lambert:

I trust the material on wages as far as I can throw it. There’s a very long history of bosses hiring scabs with distinct ascriptive identities or indeed entire workforces (H1B). These guys think the bosses don’t know what they’re doing. I disagree.

They also don’t take into account the novel possibility that there’s no wage drop from immigration ***these days*** because wages are already at rock bottom because the power of management is so great (curious absence of wage inflation; Walmart wages below what it takes for labor to reproduce itself; threats to move plants rather than give rase. or allow unions). In this scenario, immigration’s role would be to keep wages as flat as they have been for 40 years, rather than to cause them to fall even further.

A fun detail about the Zara jacket scandal is that it's actually a knockoff a design sold at Barney's, with the original text reading "LOVE TRUMPS HATE"https://t.co/LRscLTPYfg

“Die Amerikaner tun mir leid” Der Spiegel. Google Translate version. Subhead: The Beijing economist Mei Xinyu sees the blame on the Americans – and speaks of a possible “financial war” with unimaginable consequences.” Help me. They are threatening to dump Treasuries. They Fed will hoover them up. China will wind up with even more Treasuries if it keeps running trade surpluses. This bluster, however, does seem to rule out the thesis by PlutoniumKun that China could use a trade war to accelerate the restructuring of its own economy, in a Chinese version of what the Japanese used to call “foreign pressure”. But the flip side is enough people on Team Trump might not understand that the Chinese “dump Treasuries” threat is hollow, making that ultimatum effective.

EU tariffs on US goods come into force BBC

US trade with the EU, Germany in numbers DW

The U.S.-China Trade War Is Great News For OPEC OilPrice

Trump Hotels (Randy K). Someone in the Trump organization is gonna be in trouble for not having bought that URL….

I just got an incredibly humbling phone call.@AyannaPressley, Boston City Councilwoman & MA Candidate for Congress, is sending her lead field organizer down to the Bronx to support Ocasio2018 for GOTV.

And she’s running a very similar campaign in MA. https://t.co/Scg5wDkofW

Thread: I've been rereading (and reading more) material about the Civilian Conservation Corps in response to the breakout of green JG discussions this week. No one should ever speak on this topic again until they've read at least one book/dissertation on it. There's tons! 1/N

The Billionaire Class is Not Fit to Rule – Paul Jay Real News Network. A fundraising pitch, but very good regardless. And if you are flush, TRNN is a worthy cause.

The man who was fired by a machine BBC

Antidote du jour. Jen Esten, who continues the Pleasant Lake tradition in the memory of Kittie Wilson, via Lawrence R: 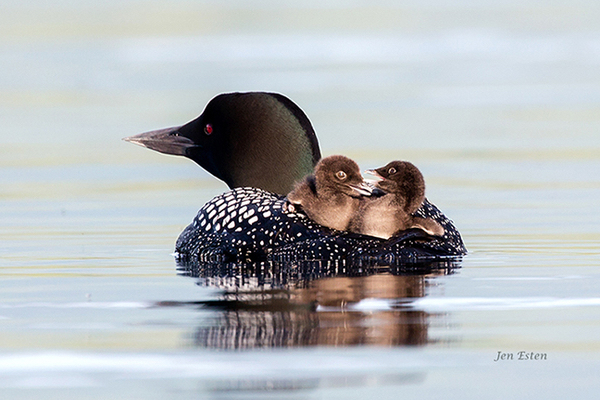